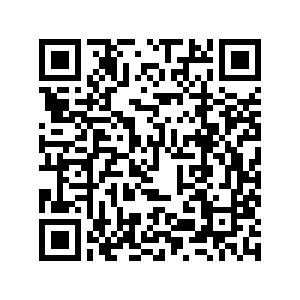 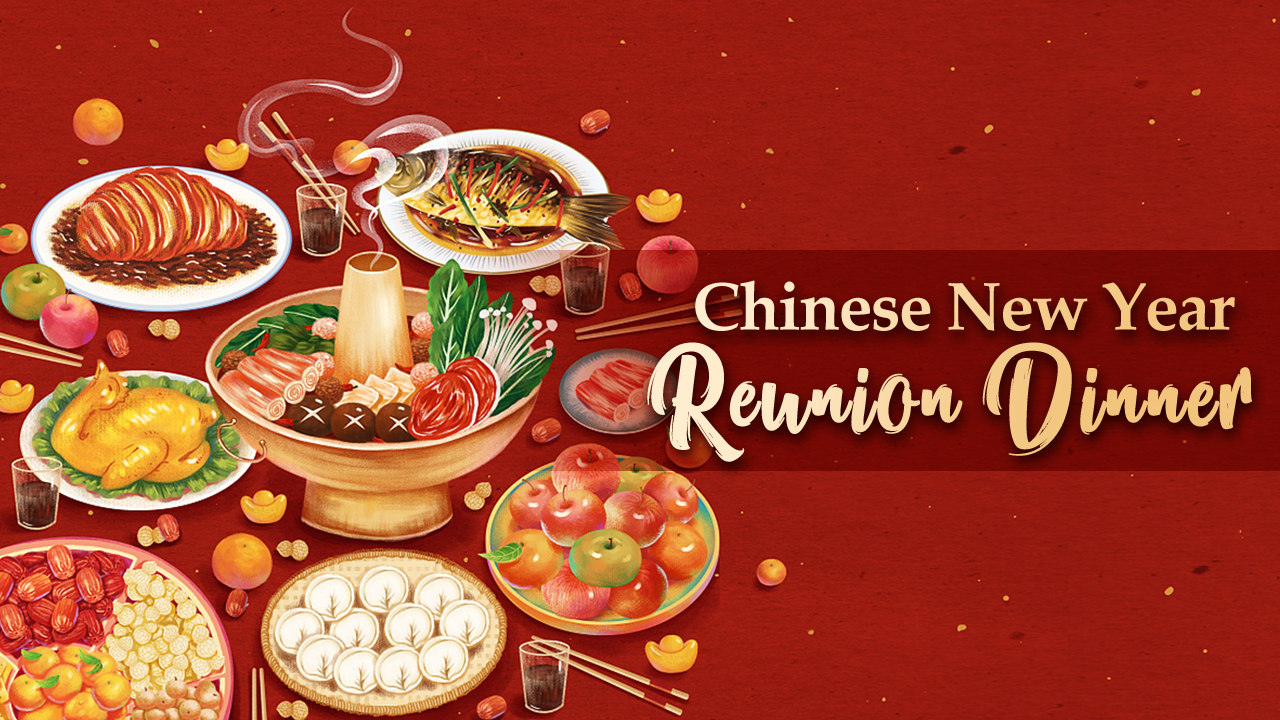 In the 1960s, a period of food scarcity, everything from rice and meat to eggs and cooking oil was rationed. Only during Spring Festival would people reward themselves after a year of hard work.

Some foods not usually eaten at other times of the year would be served on New Year's Eve. So, Spring Festival was a great time to satisfy one's thirst for a fine meal. 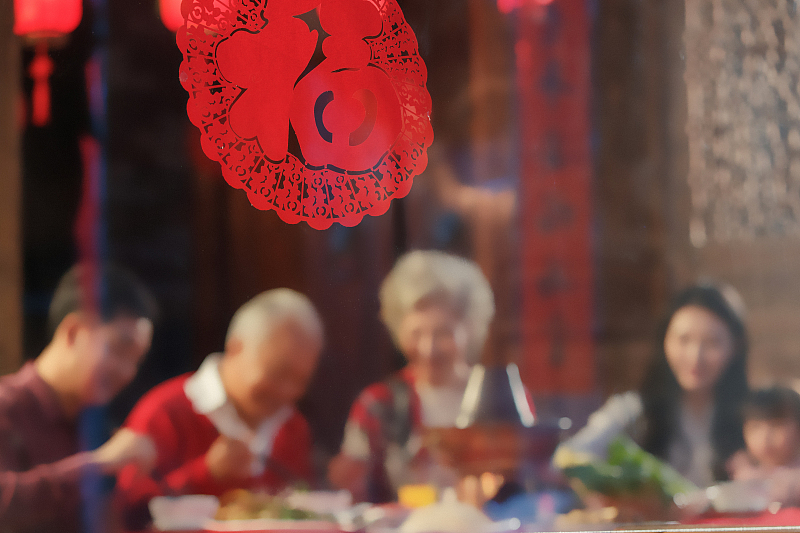 By the 1970s, although some rationing remained, "luxury goods" such as liquor, chocolate, biscuits, cakes and candies began to appear on the market.

In the 1980s, the nation was beginning to prosper, and Chinese New Year meals reflected the fact that people had more money to spend. Meats such as chicken and duck, as well as fish, became menu staples.

Later, partially prepared food arrived, allowing families to save on preparation time. In the north, for instance, some families don't make their own dumplings, opting instead for ready-made ones.

By the 1990s, seafood previously considered luxury items, such as crab and shrimp, were added to dinner tables.

Eating good food is no longer the only pursuit of this special time, as many people are more interested in setting off firecrackers and fireworks than having a delicious dinner.

Many born in the 1980s have childhood memories of listening to firecrackers in the street with their ears plugged. The sound of firecrackers was a symbol of people's expectations for a better life, but also reflected a sense of ritual. 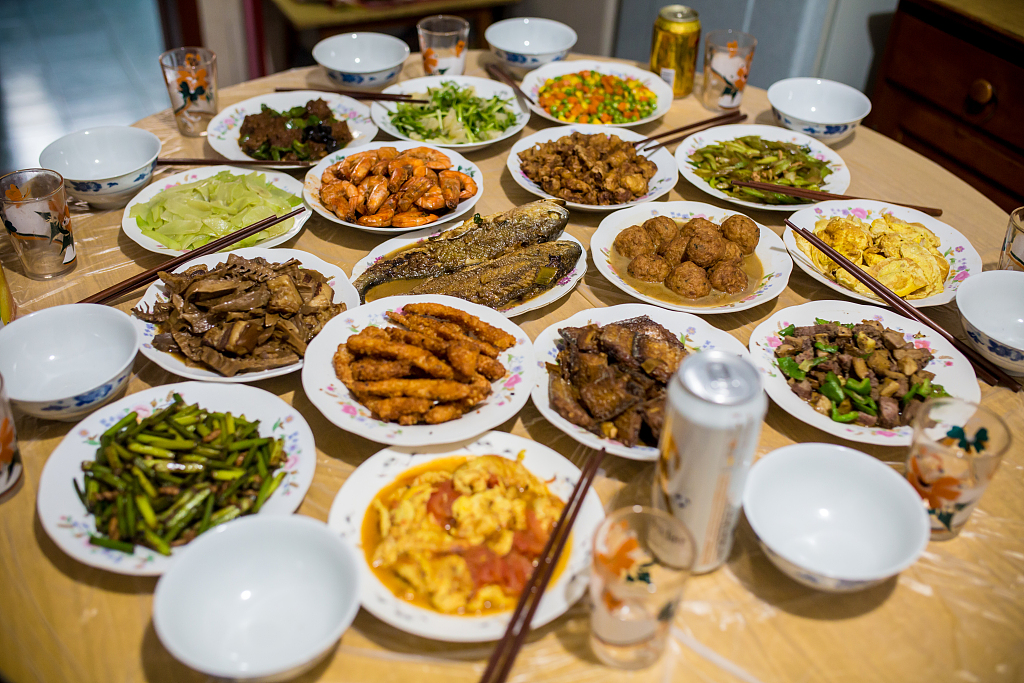 In the 21st century, living standards are getting better and better, but people are busier as well. A big family can find it hard to get together during the year, with the annual New Year's Eve dinner providing the best opportunity.

The notion of the traditional family feast has also been challenged. By the end of the 1990s, it became a trend for families to dine out on New Year's Eve, a stress-saving option for a good meal. 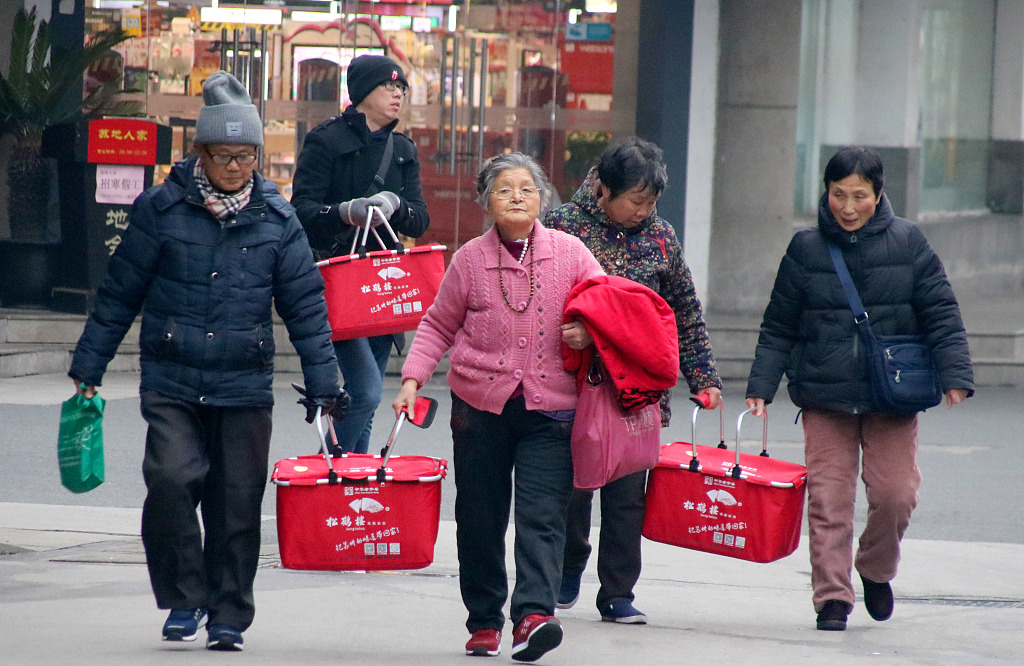 Many restaurants have also launched New Year's Eve door-to-door services to cater to the market. People can also privately order New Year's Eve dinner at home. After the chef is done, it will be delivered to the door, or you can simply invite the chef to make it at home.

In addition, online shopping for a "semi-finished New Year's Eve dinner" has become a new favorite of Generation Z, according to The Paper.

Yet, no matter the form of New Year's Eve dinner, it has always been an important meal full of family love.