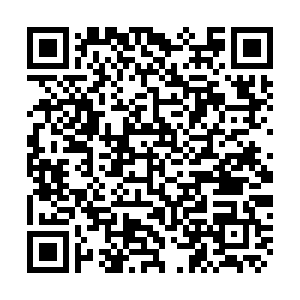 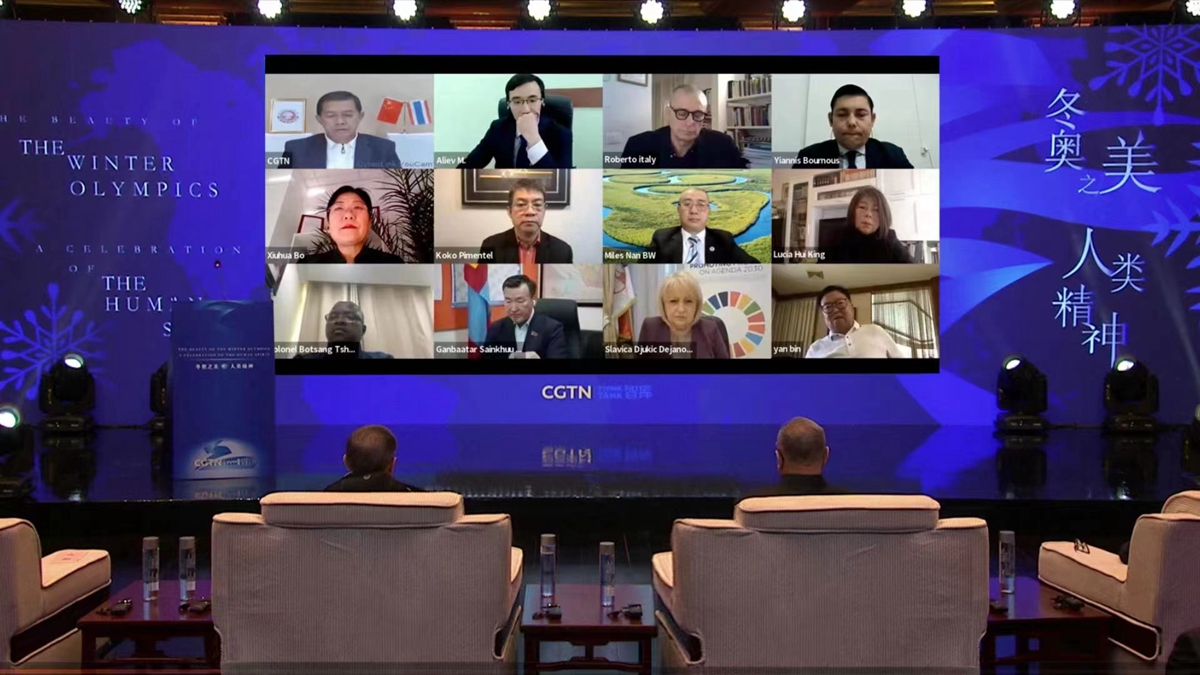 A special program of CGTN dedicated to Beijing 2022. /CMG

A special program of CGTN dedicated to Beijing 2022. /CMG

More than 30 lawmakers from over 20 countries across the world have expressed their wishes for the Beijing 2022 Winter Olympics and voiced opposition to the politicization of the Games.

The lawmakers made the remarks at a special program of CGTN dedicated to Beijing 2022, which was broadcast on Saturday.

The program, themed "The Beauty of the Winter Olympics: A Celebration of the Human Spirit," is part of the China Media Group (CMG) Forum.

The lawmakers spoke highly of China's efforts to host a "simple, safe and splendid" Winter Olympics despite challenges posed by the COVID-19 pandemic and wished the Games a success.

CMG President Shen Haixiong welcomed the lawmakers to take part in the program. He said peaceful development and shared destiny are key elements of building a community with a shared future for mankind – a vision advocated by Chinese President Xi Jinping – and also ideals of the Olympic movement.

"The Beijing Winter Olympics embodies mankind's yearning for peace and excellence," Shen said. "It is more important than ever for us to come 'Together,'" he stressed.

Gong Taparanci, former deputy prime minister of Thailand, expressed confidence that the Games will achieve a great success. Despite the lack of ice and snow in Thailand, the country has decided to send a delegation to attend the Winter Olympics, he said.

Wang Yanxia, member of the Chinese People's Political Consultative Conference (CPPCC) National Committee and deputy minister of the Sports Department of the Beijing Organizing Committee for the 2022 Olympic and Paralympic Winter Games, said the smooth preparations for the event owe a great deal to the Chinese people's love for winter sports, the support from the Chinese government, and the help offered by experts and technicians from various countries.

Filatova Irina Anatolyevna, member of the Russian State Duma, said China and Russia are friendly neighbors. The significance of their mutual trust has been demonstrated through sports, she added.

Sainkhuu Ganbaatar, member of parliament of Mongolia, said the Olympic Games should not be obstructed by COVID-19 or political issues. The Games organizers have made orderly preparations for the event under "almost impossible" circumstances, winning respect and support from the world, he said.

Mushahid Hussain Sayed, chairman of the Pakistani Senate's Defense Committee, said Pakistan and other Asian countries firmly oppose the boycott of Beijing 2022 in any form and any attempt to instigate confrontation and division. The Olympic spirit calls for friendship and cooperation, he said.

The Beijing Winter Olympics will take place from February 4 to 20, followed by the Paralympic Winter Games from March 4 to 13.