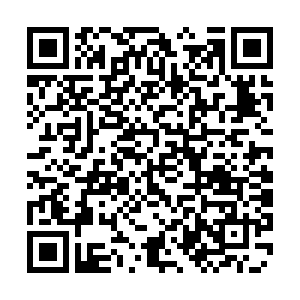 The Beijing 2022 Winter Olympics will open, tensions between Russia and Ukraine remain a focus of the world, and uncertainties have increased following Pyongyang's seventh round of weapons launches in January.

World leaders to gather in Beijing in holiday season

Beijing, the host city of the 2008 Summer Olympics, is set to become the first city in the world to host both the summer and winter editions of the Olympic Games.

Russia does not rule out Putin-Zelensky meeting

With the confrontation along the Russian-Ukrainian borders still unresolved, the Ukraine crisis will continue to be a key focus of the world next week.

Kremlin spokesman Dmitry Peskov said on Saturday that Russia does not completely rule out the possibility of a meeting between President Vladimir Putin and his Ukrainian counterpart Volodymyr Zelensky.

Peskov made the comment in response to a question about whether the two leaders would meet while attending the Winter Olympics.

Meanwhile, joint military exercises between Russia and Belarus will continue in Belarus. The Allied Resolve exercises are split into two phases, with the first phase from January 17 to February 9 and the second from February 10 to 20.

Zelensky on Friday called on Western governments and media to stop fueling panic over the Russian troop buildup.

It would be the seventh such test in January if confirmed.

The United States condemned the launch and called on Pyongyang to refrain from further destabilizing acts.

The escalation of tensions on the peninsula comes amid stalled denuclearization talks between the U.S. and the DPRK since 2019. Pyongyang has accused Washington of pursuing a "hostile policy" against it.

Will the tensions escalate further?

Saturday: Rau meets with U.S. Secretary of State Antony Blinken to discuss "the Ukraine crisis and Poland’s role as chair of the Organization for Security and Cooperation in Europe (OSCE)" in 2022.