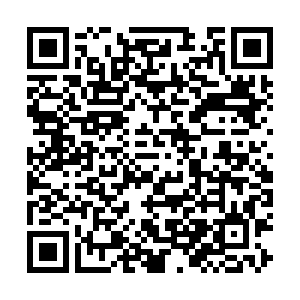 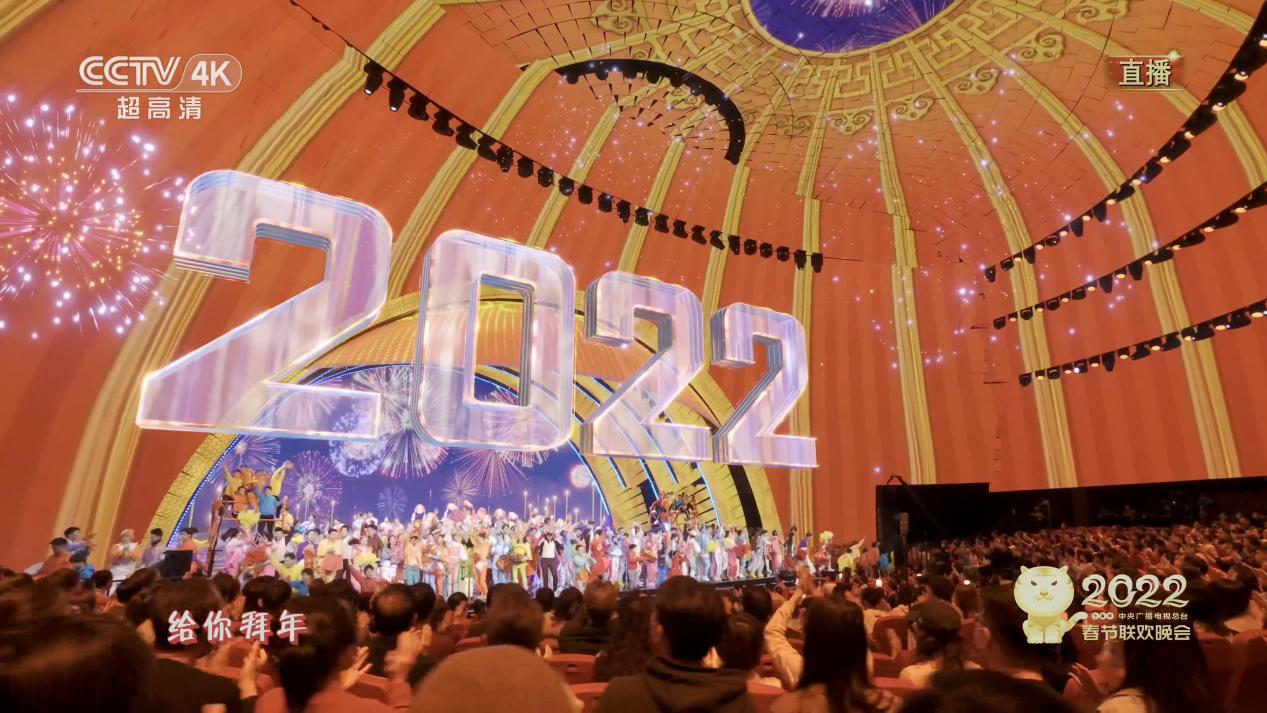 Spring Festival Gala 2022, the most watched live TV show in China, was a spectacular four-hour extravaganza celebrating the Year of the Tiger.

On the set of the gala, a 720-degree dome was built with 4,306 square meters of LED screens to create a more intimate space for the audience and connect the stage and the spectator area.

The sound reinforcement system was upgraded to provide precise sound effects by controlling the volume and audio delay in different spots.

About 130 4K cameras were equipped on the set for processing the captured video content in real time.

The show was live broadcast on the CCTV-8K UHD channel, offering the highest resolution currently available.

The virtual images of the two mascots of the Beijing 2022 Winter Olympics and Paralympic Games, Bing Dwen Dwen and Shuey Rhon Rhon, can be seen popping up in the air as an orchestra conductor swung his baton. Two characters then flew over several official Winter Olympics venues.

The technology behind the mascots was an AI-powered motion capture system. The system consisted of sensors, speech-driven tech, cameras, and more to capture the motion of a human being then transfer the motion onto a virtual character with real-time rendering for a vivid visual effect, according to ST Daily.

In another performance, the 720-degree screen created an illusion of a starry sky with planets, setting a vivid backdrop for child performers to convey the concept of space exploration. 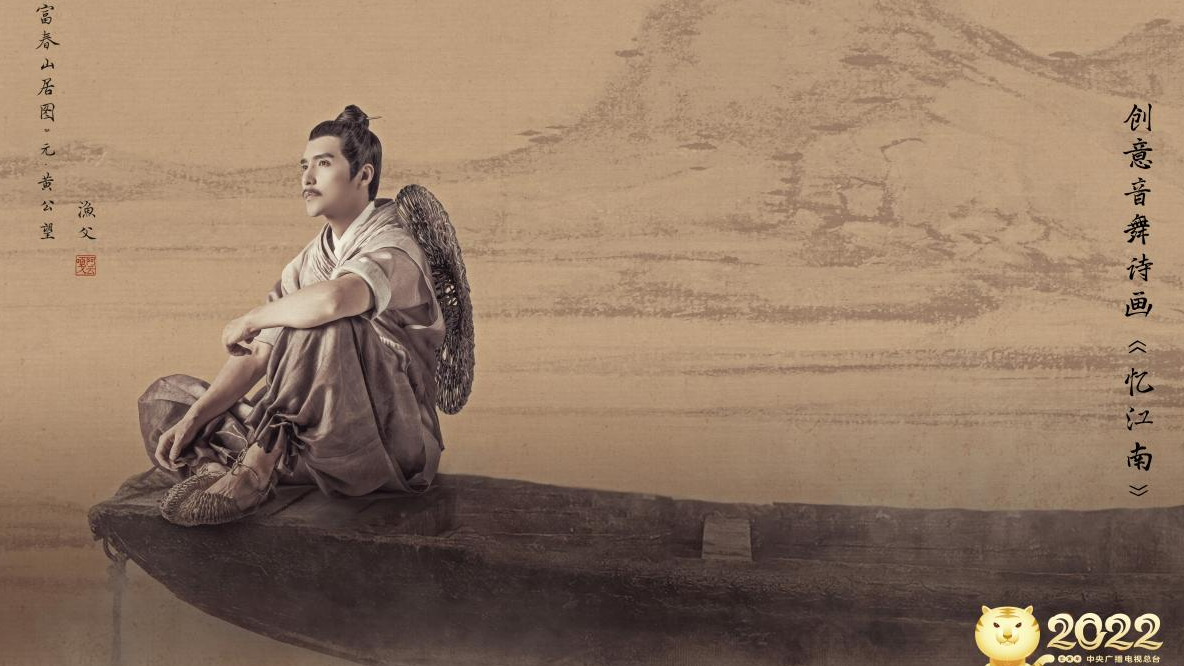 The gala also combined technology with Chinese culture. In a performance involving ancient poetry and singing, the performers dressed as people from ancient dynasties, whose motions were embedded in a virtual scenic landscape.

The scenery was designed in accordance with China's legendary landscape painting Dwelling in the Fuchun Mountains, created by the Yuan Dynasty (1271-1368) painter Huang Gongwang. The seamless combination brought the audience a taste of Chinese ancient aesthetic.

Another highlight of the gala was when Chinese astronauts sent their New Year's greetings to the audience via a video at midnight. The Shenzhou-13 crew is halfway through their six-month mission and it's the first time there have been Chinese people celebrating Spring Festival at China's space station, 400 kilometers above the Earth.

Zhai Zhigang, commander of the Shenzhou-13 mission, wished everyone good health and luck. Another crew member, Wang Yaping, sent hopes for all children to "grow up strongly and healthily like a tiger."

The astronauts had dumplings with three different stuffings on New Year's Eve, a long-held tradition in China.