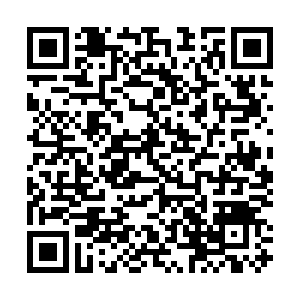 China hopes that the U.S. side will remove additional tariffs and sanctions against China as soon as possible to create good conditions for the two countries to expand trade cooperation, Gao Feng, spokesperson for the Chinese Ministry of Commerce (MOC), said at a press conference on Thursday.

Gao made the comments when answering a question from an AFP reporter, who cited U.S. officials asking China to take solid actions to implement the Phase-1 deal between the two countries.

"China has been working hard to implement the deal, overcoming hurdles including the COVID-19 pandemic, global economic recession and supply chain disruptions," Gao responded. "The Phase-1 deal benefits China, the U.S. and the entire world."

China and the Trump administration signed the Phase-1 deal back in January 2020 with the aim of ending the trade disputes between the two countries in a step-by-step manner.

But the outbreak of COVID-19, discovered in December 2019, severely disrupted the world economy, especially the global supply chain.

The Biden administration has recently extended a Trump-era tariff on solar panels for another four years, which was one of the key topics during the trade disputes.

Gao also described one allegation from Bianchi as "totally untrue."

But according to Gao, China has already cancelled all subsidies prohibited by the World Trade Organization (WTO). He also insisted that the current subsidies in China are allowed under the WTO framework by means of both amount and form.

"Some people think China's economic success is mostly based on government interventions," he said. "But we oppose such a view."

"China's success is based on an effective combination of both market mechanism and government interventions," he added. "Such a combination has benefited not only China but also the rest of the world."

Gao said the economy and trade teams of both governments are communicating with each other normally, and the MOC will release more information if there's further developments.