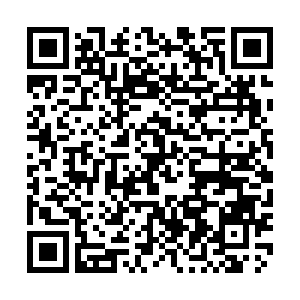 Russia, on Tuesday, told the U.S. that Moscow looked for "pragmatic dialogue" while the U.S. warned that a Russian "invasion" of Ukraine remained "very much a possibility" and that retaliatory sanctions were primed and ready.

Since November, Ukraine and some Western countries have accused Russia of assembling heavy troops near the Ukrainian border with a possible intention of "invasion."

Russia denied the accusation, saying that Russia has the right to mobilize troops within its borders to defend its territory as NATO's activities constitute a threat to Russia's border security.

In televised remarks delivered from the White House on the evolving situation on Ukraine's borders, U.S. President Joe Biden, on Tuesday, said his country is prepared "to engage in diplomacy with Russia and our allies and partners to improve stability and security in Europe as a whole." However, he also warned if Russia chooses to "invade" Ukraine, the West will "respond decisively."

Biden said he agrees with a proposal from the Russian government to continue diplomatic negotiations, adding "we should give diplomacy every chance to succeed." He said he told Russian President Vladimir Putin during their phone call on Saturday, that the U.S. is willing to "keep pursuing high-level diplomacy" to negotiate "written understandings" with Russia.

Putin told a press conference with German Chancellor Olaf Scholz earlier on Tuesday that Russia doesn't want to go to war with Ukraine, but rather resolve the issue of NATO expansion "through peaceful means." Russia, he added, would "very much hope that our partners hear our concerns and take them seriously."

"Lavrov emphasized the inadmissibility of the aggressive rhetoric whipped up by Washington and its closest allies, calling for pragmatic dialogue over the entire range of issues raised by Russia," the Russian foreign ministry said in a statement.

U.S. rhetoric on Ukraine is already taking its toll

The U.S. has been releasing intelligence which it claims is proof that Russia is prepared to mount a military aggression against Ukraine any time now, but Moscow has accused Washington of "hysteria" over tensions near Ukraine.

Direct engagements between the United States and Russia have yielded little substantial progress, with the Kremlin saying the White House failed to address its key security concerns.

Russia said some of its military units were returning to their bases after exercises with Belarus, the Russian Defense Ministry said on Tuesday.

When the combat training activities are completed, the Russian troops, as always, will return to their locations of permanent deployment, the ministry's spokesman Igor Konashenkov said.

The units of the Southern and Western Military Districts that have already completed their tasks are packing up and will leave for their garrisons on Tuesday, he added.

Biden said the United States had not verified the move. "Our analysts indicate that they remain very much in a threatening position."

Ukraine said the online networks of its Defense Ministry and two banks were overwhelmed in what is called a distributed denial-of-service. The maneuver works when hackers flood a network with unusually high volumes of data traffic to paralyze it.

"It is not ruled out that the aggressor used tactics of dirty little tricks because its aggressive plans are not working out on a large scale," said the Ukrainian Centre for Strategic Communications and Information Security, which is part of the culture ministry.

Ukrainian bank Privatbank users reported problems with payments and a banking app, while Oshadbank said its systems had slowed down.