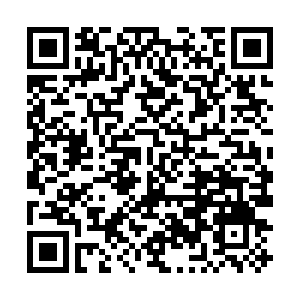 The coming week will mark the 50th anniversary of then U.S. President Richard Nixon's historic visit to China. The Standing Committee of the 13th National People's Congress (NPC), China's top legislature, will convene its 33rd session ahead of the annual NPC session.

The Ukraine crisis is expected to continue to make headlines, and the Iran nuclear talks in Vienna appear to have entered the final stage.

Nixon, the first sitting U.S. president to visit the People's Republic of China, arrived in Beijing on February 21, 1972. He met with Chinese leaders and toured the Great Wall and the Forbidden City in Beijing, before heading to Hangzhou and Shanghai in eastern China.

At the end of the week-long visit, the two countries issued the Joint Communique of the People's Republic of China and the United States of America, also known as the Shanghai Communique.

"It has become the political foundation for the normalization of China-U.S. relations and the establishment of diplomatic relations between the two countries," Zhao said.

China and the United States will hold a series of commemorative activities for the anniversary, he revealed.

The 13th NPC Standing Committee will convene its 33rd session on February 27 and 28 in Beijing. An important task of the standing committee session is to make preparations for the upcoming fifth annual session of the 13th NPC, which will open on March 5.

With an escalation of tensions in eastern Ukraine and conflicting claims from various sides, the Ukraine crisis and security issues in Europe are set to remain a key focus of world politics next week. The United Nations General Assembly will hold a debate on Ukraine at a plenary meeting on Wednesday, and Ukrainian Foreign Minister Dmytro Kuleba will visit Brussels and the U.S. from Tuesday to Wednesday.

Progress in the Vienna talks to revive a 2015 Iran nuclear deal is also highly anticipated in the coming days. Iranian Foreign Minister Hossein Amir Abdollahian said on Friday that the talks, now in its eighth round, are "very close to a good and accessible agreement."

Wednesday: The UN General Assembly holds an annual meeting on Ukraine; the UN Security Council meets on the situation in the Middle East.