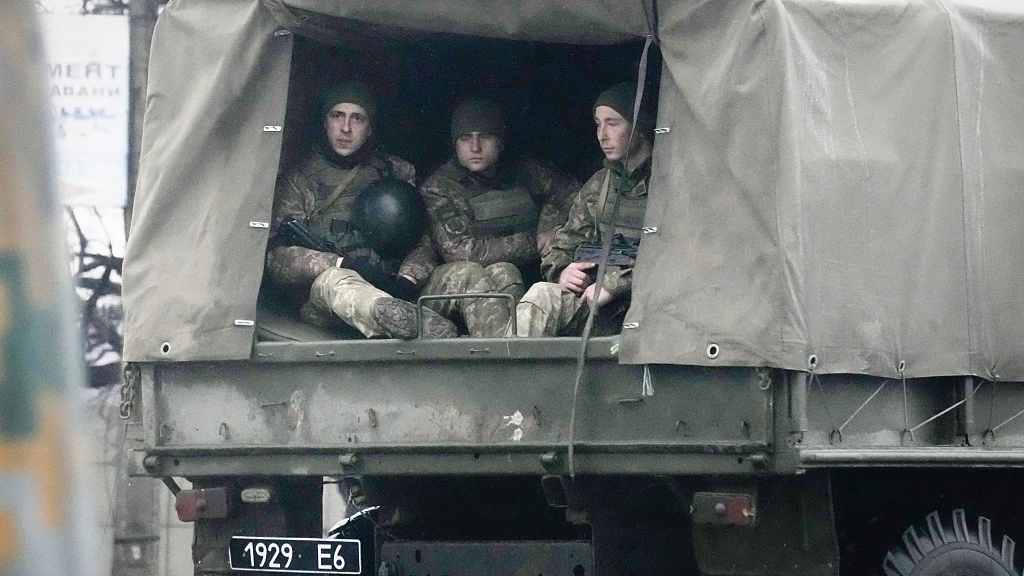 Explosions were heard after Russian missiles landed near Kyiv and across eastern Ukraine early Thursday as Russian troops entered the country on its south coast and attacked Ukrainian border guard units and checkpoints from Belarus, Russia and Crimea, according to Reuters.

In a statement, the Russian Defense Ministry said it did not strike at Ukrainian cities or civilians but targeted military infrastructure with high-precision weapons. It later claimed that Russian airstrikes had "suppressed" Ukraine's air defense systems and destroyed 74 targets.

The strikes came after Russian President Vladimir Putin said he had launched a "special military operation" to "demilitarize" Ukraine in a televised address early in the morning.

Zelenskyy has declared martial law, urging citizens to stay home and not to panic over the "groundless invasion." He said he had asked to speak with his Russian counterpart, but the request was ignored.

Putin has previously questioned Ukraine's claim to statehood in a speech that announced Moscow's recognition of the self-proclaimed Donetsk and Luhansk People's Republics as independent.

In response to what is perceived as a massive Russian artillery bombardment, the Ukrainian military said it had received orders from the president to "inflict maximum losses against the aggressor." It said earlier it had shot down a Russian plane, a claim Moscow dismissed as false.

On the other side of the Pacific, Russian and Ukrainian ambassadors to the United Nations traded heated barbs at an emergency Security Council meeting.

Sergiy Kyslytsya, the Ukrainian envoy, told his Russian counterpart Vassily Nebenzia to "relinquish" his duties as the rotating chair of the council.

"There is no purgatory for war criminals. They go straight to hell, ambassador," Kyslytsya said.

After the session, UN chief Antonio Guterres made a personal plea to Russian President Vladimir Putin, urging him to stop the attack "in the name of humanity."

In the wake of Russia's military operations this morning, European Commission chief Ursula von der Leyen said the European Union will hold Putin accountable for the "barbaric attack" on Ukraine.

She said the EU leaders will convene to discuss new, tough sanctions on Russia at an emergency meeting later on Thursday.

Other Western leaders have also condemned Russia's military action and said the toughest sanctions will follow. An emergency meeting between NATO ambassadors is expected later on Thursday, where they will discuss the situation in Ukraine.

Putin has said he was forced to react to NATO's eastward expansion.