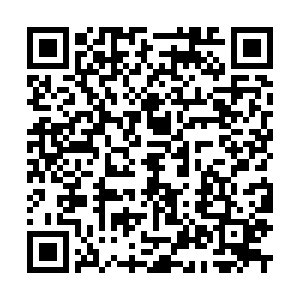 The conflict between Russia and Ukraine has entered its seventh day, with tensions showing no sign of easing. 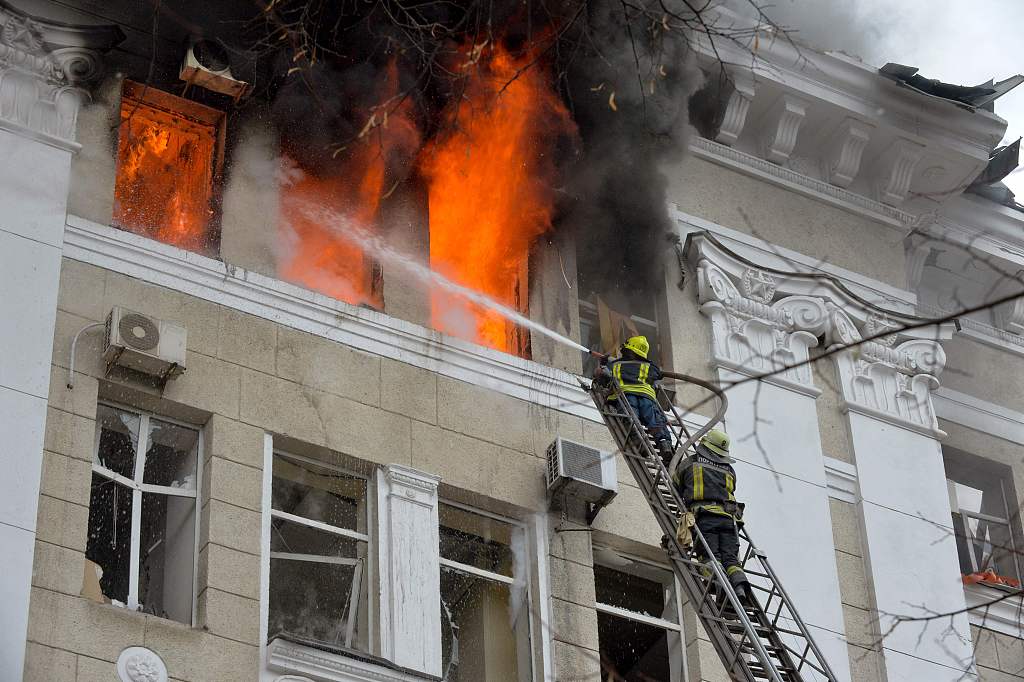 Firefighters work to contain a fire in the complex of buildings housing the Kharkiv regional SBU security service and the regional police, allegedly hit during recent shelling by Russia, in Kharkiv, Ukraine, March 2, 2022. /CFP

Firefighters work to contain a fire in the complex of buildings housing the Kharkiv regional SBU security service and the regional police, allegedly hit during recent shelling by Russia, in Kharkiv, Ukraine, March 2, 2022. /CFP

On Wednesday, Russian Defense Ministry claimed to have put the broadcasting equipment of the Kyiv TV Tower out of action without damaging the adjacent residential buildings. 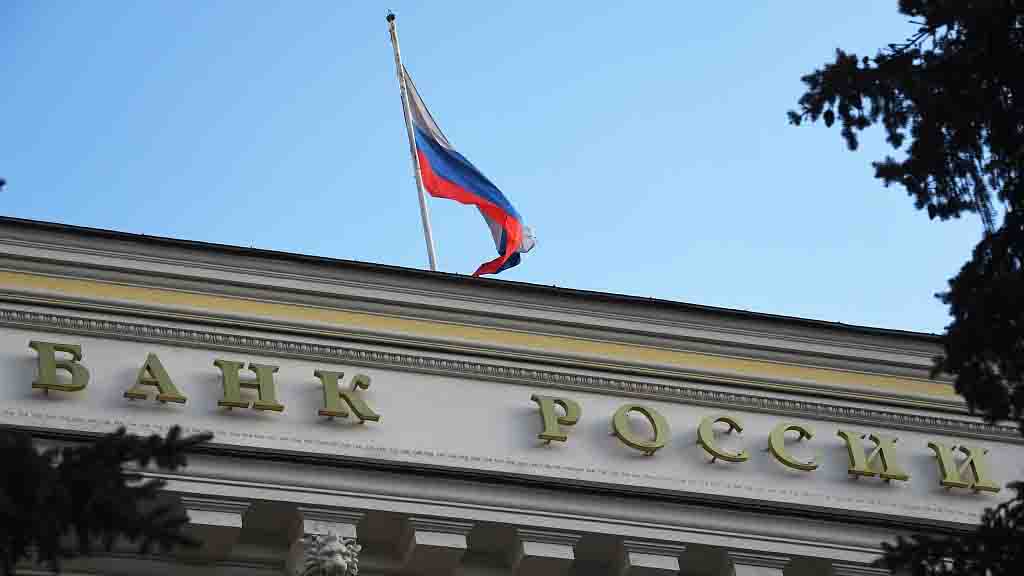 Meanwhile, Russian forces have captured the southern Ukrainian city of Kherson, a city of nearly a quarter million people just north of Crimea. And the Ukrainian army voluntarily left the settlements of Tokmak and Vasilyevka, Major General Igor Konashenkov, spokesman for the Russian Defense Ministry, said, according to Russian news agency RIA.

The Russian Armed Forces hit 1,502 Ukrainian military targets during the entire period of the special operation, the spokesman told reporters on Wednesday.

Since Russian President Vladimir Putin ordered the full-scale military operation last week, more than half a million Ukrainians have fled the fighting. 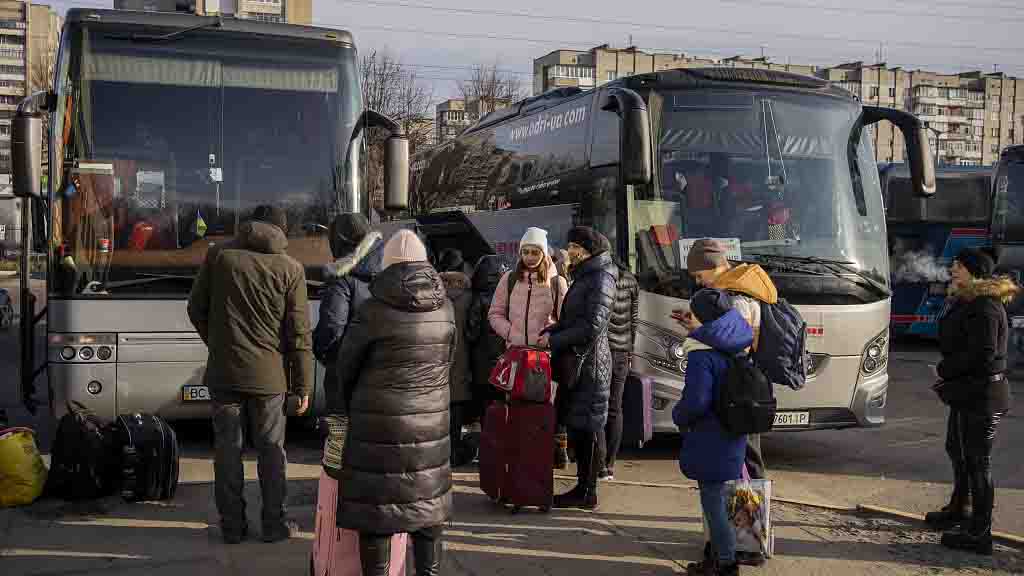 Russia, Ukraine to hold second round of talks

Kremlin spokesman Dmitry Peskov said on Wednesday that the Russian delegation will be ready for tonight's talks with Ukraine.

On the same day, Ukrainian presidential advisor Mykhailo Podolyak said that more talks between the two sides were under discussion, and a "substantial agenda" was needed, according to Reuters.

West ratcheting up sanctions on Russia

During his State of the Union address on Tuesday, U.S. President Joe Biden announced a ban on all Russian flights from American airspace. On the same day, following similar actions by the European Union (EU) and Canada, United Airlines and United Parcel Service (UPS) also claimed to suspend flying over Russian airspace.

Russian flights have been effectively barred from U.S. destinations for the most part in recent days because of tit-for-tat airspace bans.

Along with Western nations steadily ratcheting up sanctions on Russia, companies including Boeing, Exxon, Airbus and Apple announced they will suspend services and technical support in Russia.

The measures have hammered the ruble and forced Russian central bank to jack up interest rates, while Moscow has responded to the growing exodus of Western investors by temporarily restricting Russian asset sales by foreigners on Tuesday.

Turkish Foreign Minister Mevlut Cavusoglu said that Turkey will not impose sanctions on Russia over the conflict in Ukraine, adding that Turkey has made its position clear on whether the Turkish Straits will be closed.