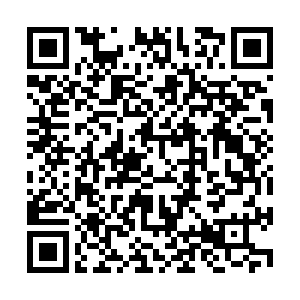 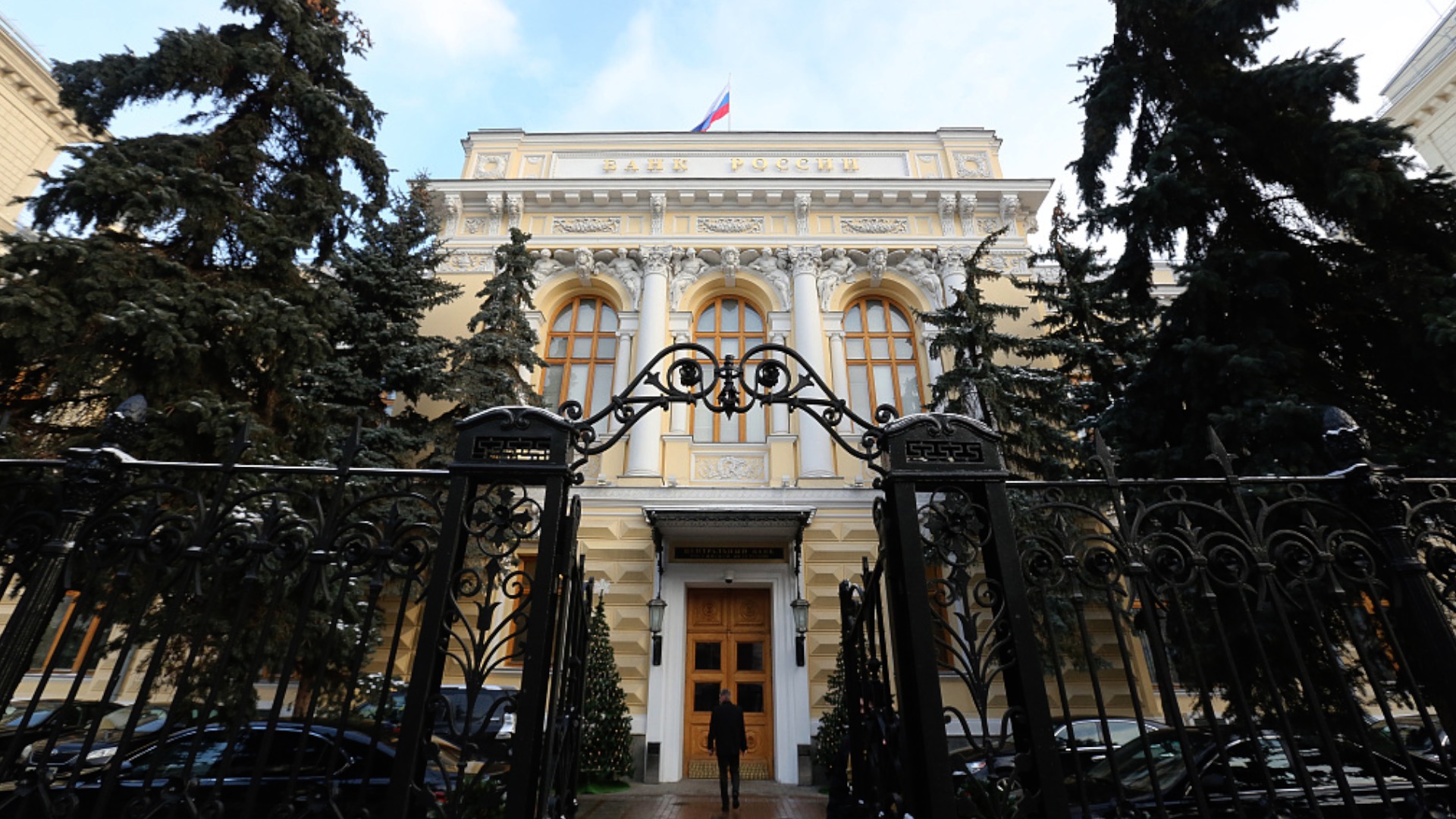 Russia's financial system wobbled on Monday after a coalition of Western nations announced further economic sanctions against the country on Saturday.

In the face of the toughest sanctions to date, the ruble fell to an all-time low against the U.S. dollar, trading as low as 110 rubles per dollar on Monday morning before recovering below 100 during a volatile trading session.

In response, Russian President Vladimir Putin has signed a decree to counter with fresh economic sanctions. The central bank on Monday raised its key interest rate from 9.5 percent to 20 percent. Exporters are asked to sell 80 percent of foreign exchange earnings in foreign trade. The Russian stock market suspended trading on Monday and residents were banned from transferring foreign currency to their accounts or deposits in foreign banks.

The Russian central bank said the emergency measures are meant to provide additional stability and to protect savings from devaluation. 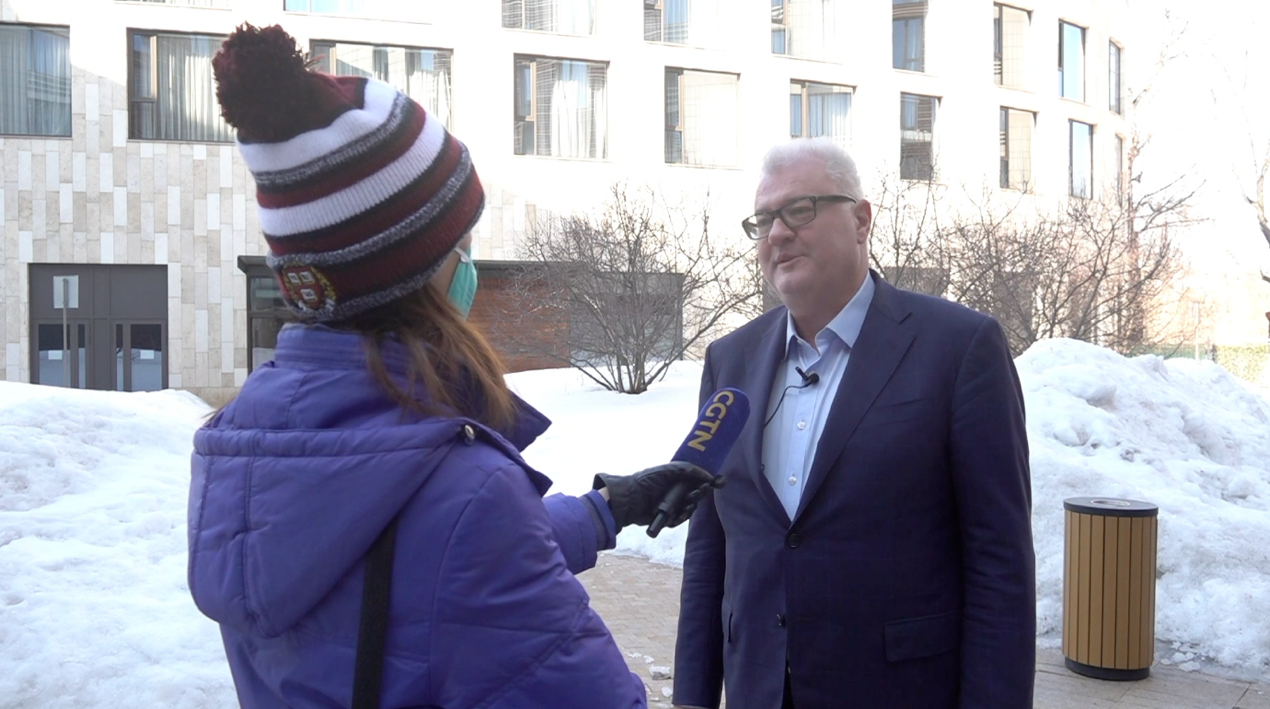 Dmitry Orlov (R), head of the Russia's Agency of Political and Economic Communications, speaks to CGTN about the country's counter-measures against the West, Moscow, Russia, March 1, 2022. /CGTN

Dmitry Orlov (R), head of the Russia's Agency of Political and Economic Communications, speaks to CGTN about the country's counter-measures against the West, Moscow, Russia, March 1, 2022. /CGTN

Dmitry Orlov, head of Russia's Agency of Political and Economic Communications, is positive about his country's capability to cope with the situation. "It is only important to withstand this first blow in these first days and build a system of countering sanctions from financial measures to import substitution and stabilization in industry," Orlov said.

In light of the sanctions, life in Moscow has begun to change. On Tuesday, people were seen queuing up outside ATMs to withdraw cash in local shopping malls. 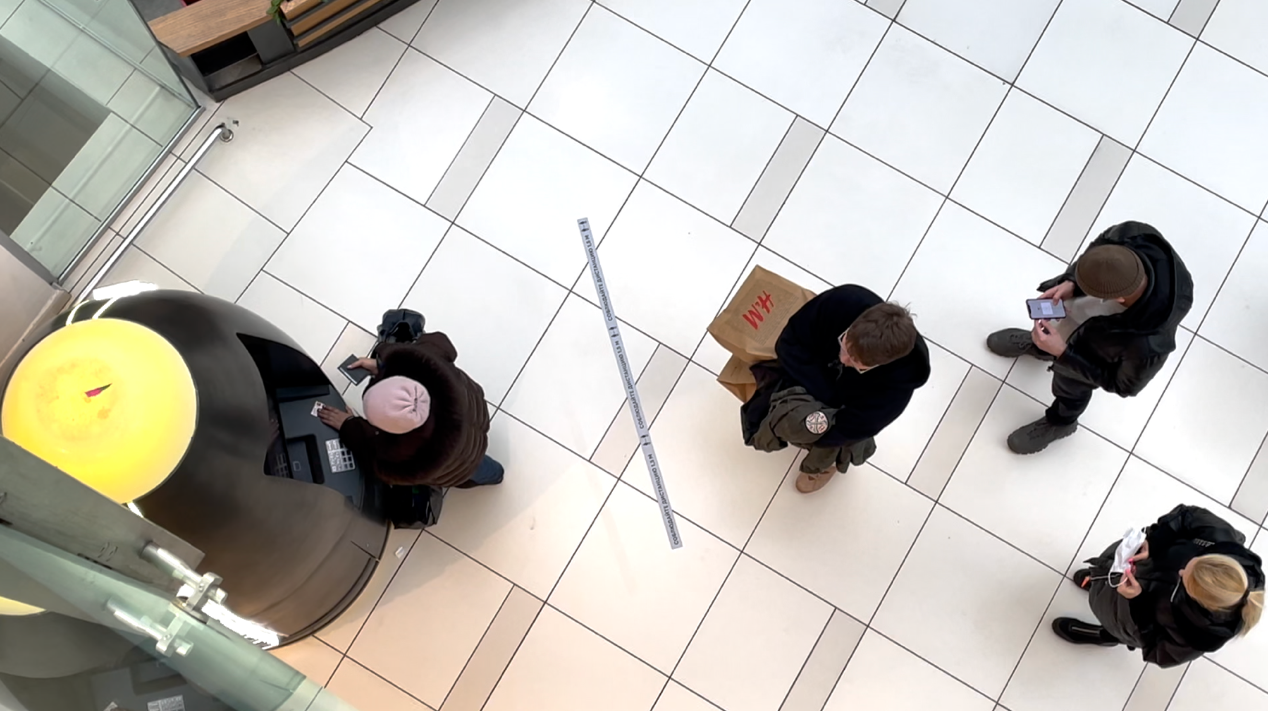 People queue up at an ATM to withdraw cash in Aviapark, Moscow, Russia, March 1, 2022. /CGTN

People queue up at an ATM to withdraw cash in Aviapark, Moscow, Russia, March 1, 2022. /CGTN 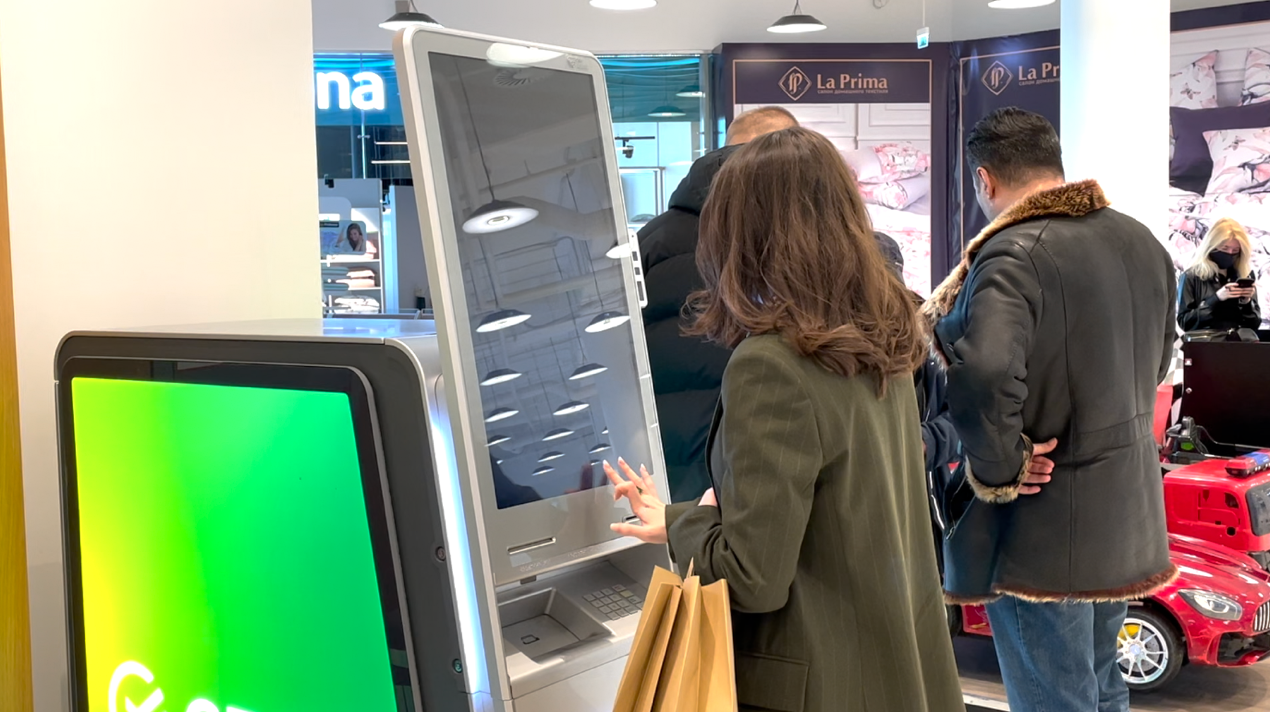 A resident withdraws cash from an ATM in Moscow, Russia, March 1, 2022. /CGTN

A resident withdraws cash from an ATM in Moscow, Russia, March 1, 2022. /CGTN

"In the last few days, I faced the problem of withdrawing cash from different ATMs because the necessary amounts were not everywhere, 1,000 rubles, perhaps, remained at the ATM, and I withdrew from others. I also faced the fact that I can no longer pay with a VTB bank card. It doesn't work anywhere," a local resident told CGTN.

"For citizens, this will be a problem only for those whose purchases and whose lives are most connected with currency, like in dollars and euros, in their consumption," Orlov said.

"The main part of the population, which is purchased on the Russian market, with Russian goods, will not experience any significant threats to their standard of living and quality over the next few months," he continued.

As a new round of negotiations between Russia and Ukraine is just around the corner, Orlov said a good outcome during the talks would help ease pressure on the ruble and calm the mood of businessmen and investors.

Western allies agree on blocking some Russian banks from SWIFT