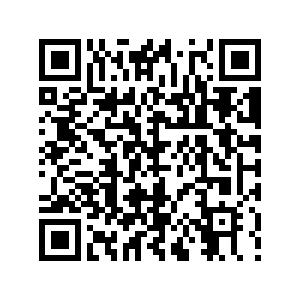 China is "gravely concerned" about the United States' recent words and deeds that run counter to the objective to implement the consensus reached by the two sides, said Chinese State Councilor and Foreign Minister Wang Yi during a phone conversation with U.S. Secretary of State Antony Blinken on Saturday.

In a virtual meeting between the two heads of state in November, China and the U.S. agreed to continue to maintain close contact through various means and bring bilateral relations back to the right track of sound and steady development.

Wang said the top priority in China-U.S. relations is still to advance and implement the consensus reached by the two leaders.

Noting that Taiwan is an inalienable part of China's territory, and the Taiwan question is China's internal affair, Wang urged the U.S. side to return to the true meaning of the one-China principle.

The U.S. should stop encouraging and supporting "Taiwan independence" moves, stop interfering in China's internal affairs, and safeguard the overall situation of China-U.S. relations with concrete actions, he said.

Blinken briefed the Chinese side on the U.S. views and position on the current situation in Ukraine. Wang said that the evolution of the Ukraine issue is something China does not want to see.

The Ukraine issue is complicated, and it not only concerns the basic norms of international relations, but also is closely related to the security interests of various parties, Wang said, urging for focusing on not only solving the current crisis, but also maintaining the long-term stability of the region.

As a permanent member of the UN Security Council, China always forms its own position and policy according to the merits of the matter itself, Wang said, adding that China believes that the Ukraine crisis should be resolved in accordance with the purposes and principles of the UN Charter.

Firstly, all countries' sovereignty and territorial integrity should be respected, Wang said. Secondly, he called for peaceful settlement of disputes through dialogue.

Wang said that the Chinese side hopes that the conflict will stop as soon as possible, the situation on the ground will be eased, the security of civilians and property will be effectively guaranteed, and a large-scale humanitarian crisis will be prevented.

Wang said that the Ukraine crisis can only be solved through dialogue and negotiations. The Chinese side supports every effort conducive to de-escalation and political settlement of the situation, while opposing any moves that are unconducive to a diplomatic solution and adding fuel to the flames, he said.

China will continue to speak out and do its best for peace, Wang said, adding that China encourages direct negotiations between Russia and Ukraine. Though negotiations may not go smoothly, he said, the international community should continue to cooperate and support such efforts until results and peace are achieved.

The Chinese side, Wang said, also encourages the United States, the North Atlantic Treaty Organization (NATO), and the European Union to engage in equal dialogue with Russia, face up to the frictions and problems accumulated over the years, pay attention to the negative impact of NATO's continuous eastward expansion on Russia's security, and seek to build a balanced, effective and sustainable European security mechanism in accordance with the "indivisibility of security" principle.

The two sides also exchanged views on the current situation of the Korean Peninsula.