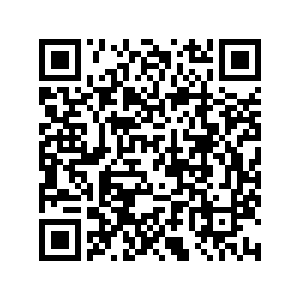 The European Union (EU) said Friday that the talks it is chairing on the revival of the 2015 Iran nuclear accord must be paused, citing "external factors."

"A pause in #ViennaTalks is needed, due to external factors," High Representative of the EU for Foreign Affairs and Security Policy Josep Borrell tweeted, adding that "a final text is essentially ready and on the table."

The current round of negotiations started in late November between Britain, China, France, Germany, Iran and Russia, with the United States taking part indirectly.

Their aim was to revive the 2015 Joint Comprehensive Plan of Action (JCPOA), which began unraveling when former U.S. President Donald Trump withdrew from the deal in 2018.

"As coordinator, I will, with my team, continue to be in touch with all JCPOA participants and the U.S. to overcome the current situation and to close the agreement," Borrell wrote on his Twitter account.

Iran's Foreign Ministry said on Friday that the pause in talks may create momentum for resolving any remaining issues.

"Pause in #ViennaTalks could be a momentum for resolving any remaining issue and a final return. Successful conclusion of talks will be the main focus of all," ministry spokesperson Saeed Khatibzadeh said on Twitter. "No external factor will affect our joint will to go forward for a collective agreement."

Parties in the Iran nuclear talks had been expecting to conclude by last Sunday a deal that would bring Iran back into compliance with restrictions on its nuclear activities, and see the U.S. rejoining the accord.

On Saturday, Russian Foreign Minister Sergei Lavrov demanded guarantees that Russian trade with Iran would not be affected by sanctions imposed on Moscow over its military operation in Ukraine.

Russia's envoy to the talks said on Friday that the conclusion of the negotiations was not only dependent on Moscow and that other parties still had additional concerns.

"The conclusion of the deal does not depend on Russia only," Mikhail Ulyanov told reporters after meeting EU coordinator Enrique Mora. "There are others actors who need additional time and who have additional concerns and they are being discussed."

China on Friday called on all parties to further diplomatic efforts during the pause so as to clear all obstacles.

"The demands and concerns of all the parties concerned must be taken seriously and addressed properly," Wang Qun, China's permanent representative to the United Nations in Vienna, told reporters.

China will continue to promote negotiations, for the big picture of safeguarding the JCPOA, the global non-proliferation system and peace in the Middle East, in order to reach an agreement at an early date, he said.