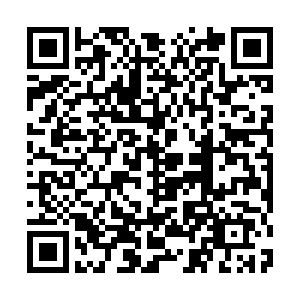 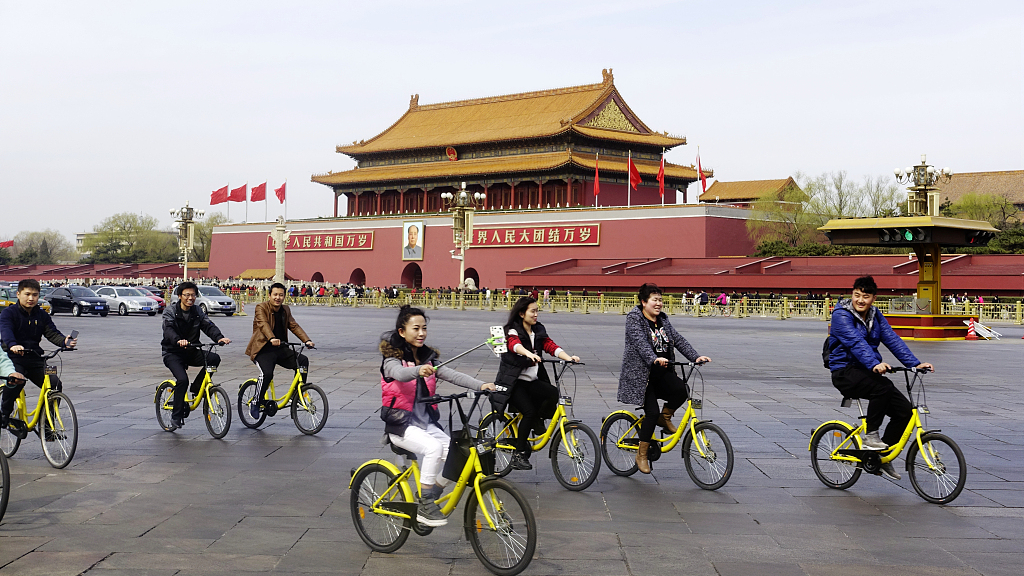 The decision comes amid widespread recognition of China's successful policy of public bicycle sharing in tackling the scourge of air pollution and contributing to sustainable development.

The UNGA resolution, which is non-binding like all General Assembly resolutions, calls on member states to "integrate the bicycle into public transportation, in urban and rural settings in developing and developed countries."

The resolution notes that increasing cycling through improved road safety and the promotion of bike-riding will help achieve "sustainable development, including the reduction of greenhouse gas emissions."

As if drawing from the Chinese experience, the resolution specifically encourages member states to "give special attention to cycling in cross-cutting development strategies, including bicycle sharing services," as well as, when possible, in "international, regional, national and subnational development policies and programs."

The UN resolution could be seen as an endorsement of China's overwhelming success in bike-sharing over the past 14 years, which has seen substantial results in improving public health and the environment by severely cutting down air pollution.

The move is also in sync with China's ambitious pledge to achieve carbon neutrality before 2060, announced by President Xi Jinping in his September 2020 address to the UN General Assembly. 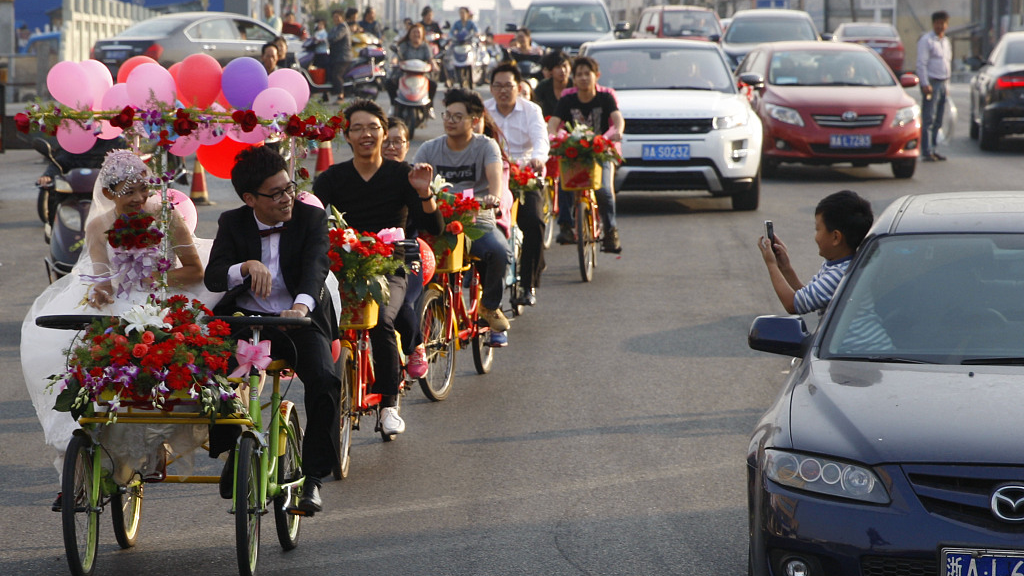 A newly-wed couple and their friends ride on shared bikes in a special wedding procession in Xiaosibu Village, Hangzhou City, China, October 14, 2014. /CFP

A newly-wed couple and their friends ride on shared bikes in a special wedding procession in Xiaosibu Village, Hangzhou City, China, October 14, 2014. /CFP

China has often been described as the "Kingdom of bicycles" owing to its status as the country with largest number of bicycle users. China's dramatic industrialization and urbanization coupled with economic prosperity over the past four decades saw a huge shift to motor vehicles as the primary means of transport, which resulted in marked deterioration in air quality.

To deal with this challenge and to promote low-carbon commuting, China launched a bike-sharing program in Hangzhou, the capital city of eastern Zhejiang Province, in 2008. The success of this program evolved into dockless bike-sharing that led to a mushrooming of similar services across the length and breadth of the country.

The latest data from China's Ministry of Transport show that more than 360 Chinese cities have dockless bike-sharing systems that deploy nearly 20 million bicycles for an average 47 million trips per day. China's total number of shared bicycle users crossed 259 million in 2019, according to data from iiMedia Research.

China is largely responsible for the global boom in bike-sharing in recent years. Globally, 37 percent of bike-sharing programs can be accounted to China, according to a study by U.S.-based bike-share and scooter-share consultancy firm Metrobike.

Learning from the Chinese experience

On the specific impact on carbon emission, the report found that dockless bike-sharing could reduce a total CO2 by 4.8 million tons annually, due to kilometers avoided from private motorized modes. 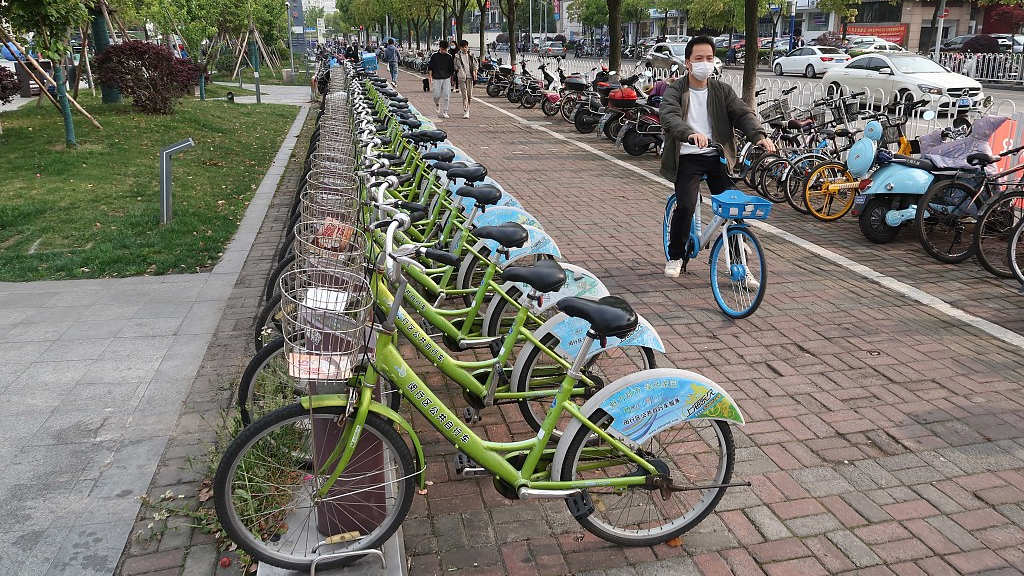 A man bikes past a row of dockless sharing bikes parked on the pavement in the Minhang District of Shanghai, April 20, 2020. /CFP

A man bikes past a row of dockless sharing bikes parked on the pavement in the Minhang District of Shanghai, April 20, 2020. /CFP

The report also noted that during the peak of the COVID-19 crisis, bicycles served as one of the few resilient and safe ways in which citizens could move around for essential needs. "As cities begin to reopen and social connection recovers, transport culture might shift from centralized motorized modes to distributed customized solutions," it predicted.

Lauding China's success in bike-sharing, the report advocated for similar programs to be welcomed as an effective mechanism for cities looking to rebuild their economies, ensure public health, and reduce their emissions. "While circumstances may differ, stories and lessons from Chinese cities can provide insights and good practice for cities elsewhere on how to build a cycling culture and encourage bike-sharing," it recommended.

As cities consider how to provide sustainable and safe transportation - during the COVID-19 pandemic and beyond - China's experience at the vanguard of the dockless bike movement provides important lessons, noted the World Economic Forum (WEF) in a report in December 2020.

The impacts and management of dockless bikes in Chinese cities show how they can bring a myriad of health, climate and economic benefits, reshaping urban mobility and giving people a more resilient, effective way to travel, it concluded.