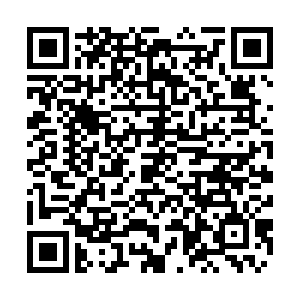 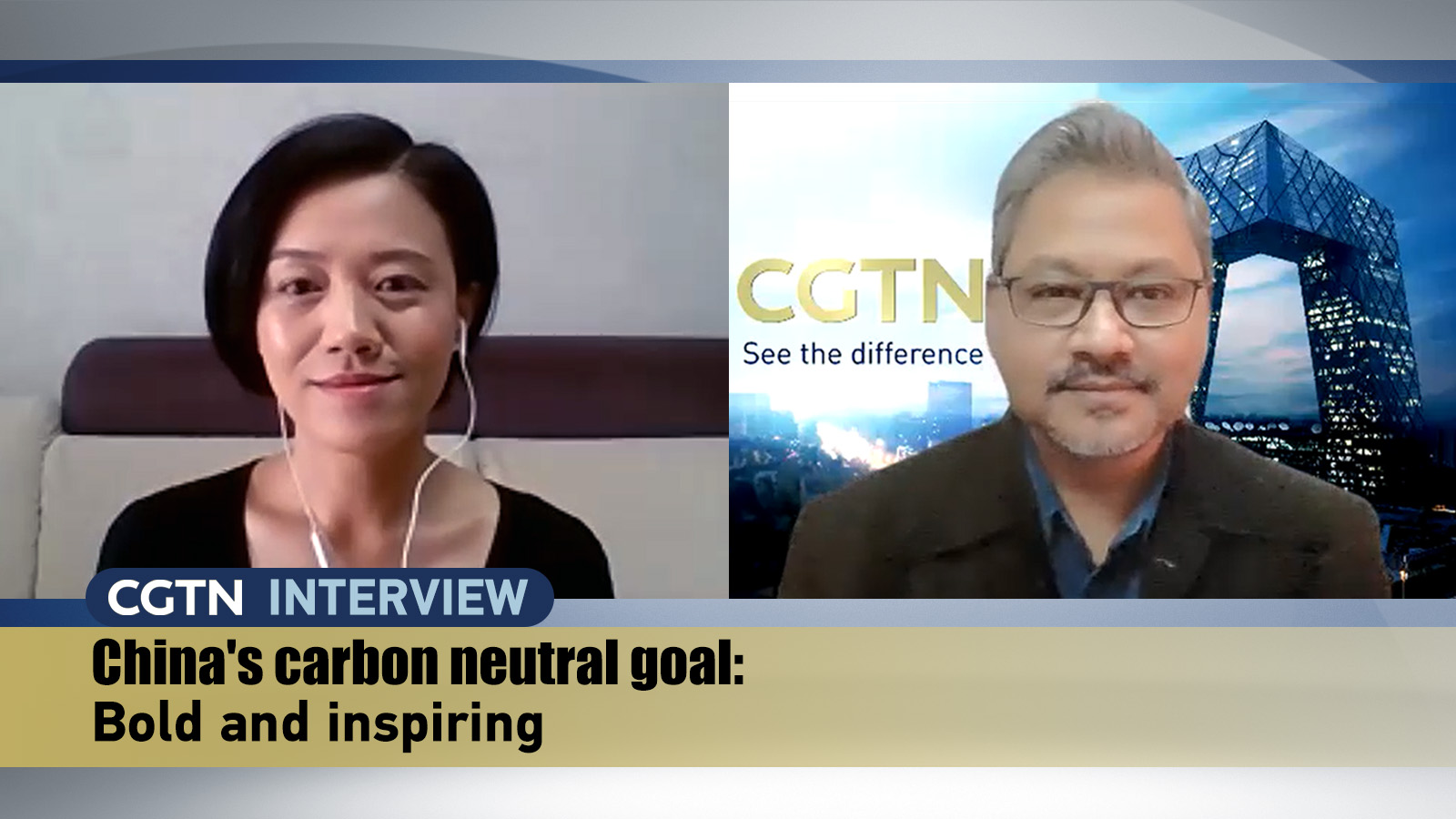 Chinese President Xi Jinping, in his recent address to the United Nations General Assembly, pledged to achieve carbon neutrality before 2060 and also called for a global green revolution in the post-COVID era. This pledge has drawn much attention and also a diverse reaction.

While the UN has praised China's ambitious commitment as a huge step for the entire world, many analysts have also expressed surprise over the announcement considering China, as one of the world's largest emitters of carbon dioxide, had traditionally demanded for a more relaxed timetable on meeting its climate goals.

Interestingly, China has achieved this year's emission target ahead of schedule, it was announced by the Ministry of Ecology and Environment just days after President Xi's UN address.

Fu is an expert in policy and regulation analysis of environmental issues, and has worked as project manager and coordinator with UN Environment Program in Thailand and leading environmental consulting firms in China.

Bhaya: What was your initial reaction to President Xi Jinping's target of making China carbon neutral by 2060?

Fu: A pleasant surprise the very first moment I heard about it. Then I realized that this is a really positive and inspiring news to climate change mitigation globally, China's future sustainable development, and also to air quality improvement, the area my organization focuses on.

Bhaya: How practical and feasible it is for China to achieve this target?

Fu: Since China made the last pledge in 2009 to the world, China has taken active actions reducing greenhouse gas (GHG) emissions and achieved the target for 2020 ahead of schedule. So China kept its promise. With the new target, first, it is bold in terms of using 30 years to go from carbon peak to carbon neutral. Compared with the paths developed countries have taken and pledge Europe has made, if China would achieve the carbon neutral target by 2060, it will be a remarkable achievement.

I cannot answer if it is practical and feasible because such answer needs to rely on solid and detailed analysis. But at the same time, I am positive because of the significant air pollution reduction China has made since 2013. In the past 8 years, I've seen the establishment of a comprehensive policy framework, the accountability mechanisms, technology development and behind many measures, scientists' endeavor to refine the roadmap.

No doubt that the new target will bring fundamental changes to China's society in terms of economic development model. Setting targets is the first step. I think the Chinese government will release more detailed policies and action plans later.

Bhaya: As you noted, China has achieved the emission target for 2020 ahead of schedule. Will China be able to sustain this performance for the next two decades and beyond?

Fu: I believe so. Environment protection has been highlighted as an important topic in President Xi's administration. In 2017, President Xi pledged to build a "beautiful China" with a clean environment by 2035. After the situation of coronavirus became under control in China, China government has emphasized on the importance of sticking to green development and high-quality development multiple times. Now with the carbon neutrality new pledge announced to the world, the long-term goal is crystal clear. 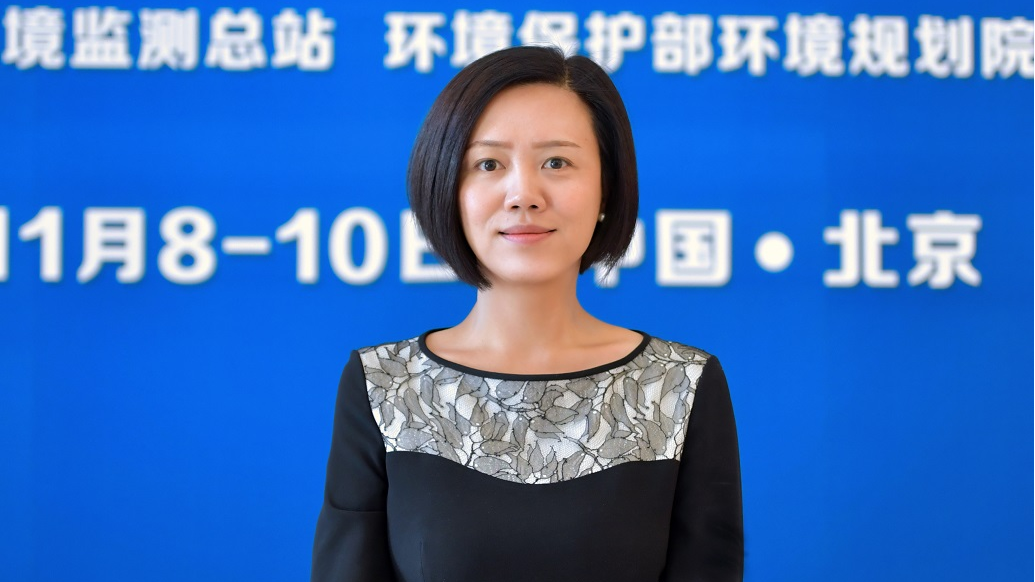 Bhaya: How important is China's decision to be carbon neutral for driving global sustainable development?

Fu: China is the largest CO2 emitter in the world, so China's carbon neutral pledge will contribute greatly to the world's fight against climate change. I've seen a few research analyses. One research shows that China's pledge may move the timeframe of global carbon neutral 10 years earlier. Two other research, one from an NGO in Europe, and the other from an MIT professor, predict that China's pledge can prevent 0.2 to 0.4 degree Celsius in global warming.

Bhaya: What are the likely challenges the global community, and China in particular, would face in achieving carbon neutrality by 2060 and also the green revolution that President Xi refers to? How to overcome these challenges?

Fu: For the global community, the challenge is how to build consensus and with consensus built, how to turn consensus into actions on the ground. I think that at the moment, the biggest challenge is building consensus.

The first step to overcome the challenge is the attitudes of big polluters. Now with Europe and China having made the pledge, the world is waiting for other countries' response, especially countries with high GHGs emissions, such as US, Russia, India and Japan.

To achieve the carbon neutrality by 2060 and green revolution in China, I think that the challenge is how to implement the top-level design at local level, and how to forge consensus in key affected sectors. Nevertheless, cities and sectors all need development.

Announcing such a long-term target by 2060 is already an important first step in overcoming the challenge. Because it sends a clear signal to all stakeholders in China that China is serious in addressing climate change and green development is the ultimate goal.

Then next steps are to develop roadmaps and timetables supported by phased action plans. The success of air quality improvement in Chinese cities since 2013 makes me confident that once clear targets are set, all stakeholders concerned would work together to make it happen. Both experience and lessons learnt from the clean air action plans implementation can be useful to overcoming the challenges with cities and sectors.

Bhaya: What role do you see for NGOs such as Clean Air Asia playing in making this goal a reality?

Fu: NGOs in China have been working on climate change for many years. For us at Clean Air Asia, we are promoting and supporting policies and measures that can benefit both climate change mitigation and air quality improvement. As key emission sources of air pollution and climate change are the same, namely fossil fuel use, co-control measures can achieve co-benefits.

With the new goal, NGOs will play an important role. I think the first thing is to help national and local policies development for the new target. Also, NGOs can help industries with low-carbon transition. Raising public awareness and improving public participation is another important thing NGOs can do.

Bhaya: What are the likely contours of a global green revolution in the post-COVID era and what role will China play in this aspect?

Fu: The pandemic has brought great challenges to all countries in the world. In the post-COVID era, I think that there are three common and important problems we are all facing, adapting to a new normality with COVID-19, climate change, and green economic recovery.

The pandemic has, in a highly costly way, changed our views of past development model, and the world is still exploring new pathways. China's COVID19 situation has remained relatively steady since late June nationwide, with enterprises resuming production and people's daily life coming back to normal. Regular epidemic control has been adopted in people's daily life here in China. During the economic recovery process, China government has emphasized on the importance of sticking to green development and high-quality development. In July 2020, the national green development fund was created with 88.5 billion RMB for initial phase.

I believe with the carbon neutral pledge, more policies and actions will come. I think that these can be valuable experience and lessons for other countries.