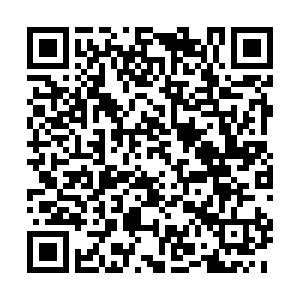 Chinese Ambassador to the United States Qin Gang said on Tuesday that claims of China having prior knowledge of Russia's military action in Ukraine, or demanding its delay until after the Beijing Winter Olympics, or that Russia has sought military assistance from China are pure disinformation.

"Assertions that China knew about, acquiesced to or tacitly supported this war are pure disinformation. All these claims serve only the purpose of shifting blame to and slinging mud at China," he said in an op-ed entitled "Where We Stand in Ukraine" in The Washington Post.

He underscored the fact that there were more than 6,000 Chinese citizens in Ukraine before the conflict and that China is the biggest trading partner of both Russia and Ukraine and the largest importer of crude oil and natural gas in the world.

"Conflict between Russia and Ukraine does no good for China," he said. "Had China known about the imminent crisis, we would have tried our best to prevent it."

The ambassador reiterated China's position on the Ukraine issue: "The purposes and principles of the UN Charter must be fully observed; the sovereignty and territorial integrity of all countries, including Ukraine, must be respected; the legitimate security concerns of all countries must be taken seriously; and all efforts that are conducive to the peaceful settlement of the crisis must be supported."

He warned Washington against threatening to impose sanctions against Chinese companies on the one hand and seeking China's support and cooperation on the other.

Qin called it a "mistake" to link Ukraine with China's Taiwan region to play up the risks of a conflict in the Taiwan Straits.

"Ukraine is a sovereign state, while Taiwan is an inseparable part of China's territory," he said. "It does not make sense for people to emphasize the principle of sovereignty on Ukraine while hurting China's sovereignty and territorial integrity on Taiwan."

He urged the U.S. to work with China to contain "Taiwan independence" and ensure long-term peace and stability across the Taiwan Straits.