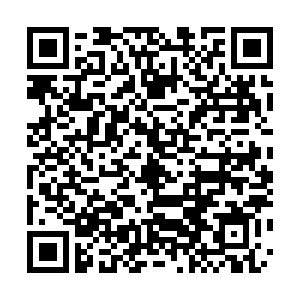 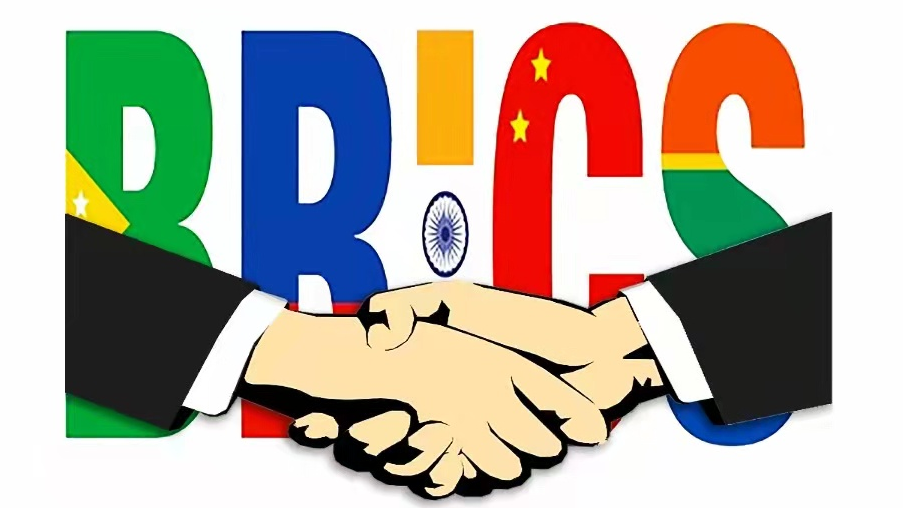 The theme for the 14th BRICS Summit, to be hosted by China, is "Foster High-quality BRICS Partnership, Usher in a New Era for Global Development." /CFP

The theme for the 14th BRICS Summit, to be hosted by China, is "Foster High-quality BRICS Partnership, Usher in a New Era for Global Development." /CFP

China is poised to host the 14th annual summit of the BRICS group of emerging economies comprising Brazil, Russia, India, China and South Africa later this year with an emphasis on fostering high-quality partnership among the group members with a vision of ushering in a new era of global development, Beijing announced Wednesday.

The last two BRICS Summits were hosted online through video conference by Russia and India respectively due to the pandemic. It is not yet confirmed if the summit this year will follow the same format or will be held in person.

Announcing the theme for the summit as 'Foster High-quality BRICS Partnership, Usher in a New Era for Global Development,' the Chinese Foreign Ministry said public health and vaccine cooperation have been identified as among the key areas of BRICS cooperation this year, as the world continues to fight the COVID-19 pandemic.

Initially, the national centers of all the BRICS countries will build Internet-based virtual centers to form a network of BRICS vaccine R&D centers. Later, when conditions are ready, the establishment of physical centers will be started after comprehensive feasibility assessments.

"At present, the pandemic is still dragging on across the world. The establishment of the BRICS Vaccine R&D Center demonstrates the determination of BRICS countries to focus on vaccine cooperation, deepen public health cooperation and build a 'BRICS line of defense' against COVID-19," Foreign Ministry Spokesperson Wang Wenbin said at a daily media briefing Wednesday.

"We hope that the Vaccine R&D Center will pool the strengths of BRICS countries, further promote scientific and technological cooperation among BRICS countries, enhance the five countries' capability of preventing and controlling infectious diseases, contribute to the global fight against COVID-19 and make new contributions to international public health cooperation," he added.

The BRICS Vaccine Research and Development (R&D) Center was officially launched in an online ceremony on Tuesday, March 22, 2022. /BRICS2022

The BRICS Vaccine Research and Development (R&D) Center was officially launched in an online ceremony on Tuesday, March 22, 2022. /BRICS2022

The five countries have expressed their commitment to make vaccines a global public good; enhance capacities for preventing infectious diseases and responding to public health emergencies; and conduct exchanges and cooperation ranging from vaccine development to epidemiological surveillance.

At the online launch ceremony for the BRICS Vaccine R&D Center, China's Science and Technology Minister Wang Zhigang said the center represents pragmatic cooperation between BRICS countries to jointly address common challenges in public health. He said that China will work with other BRICS countries to use the center's launch as an opportunity to promote exchanges and cooperation on vaccine R&D and testing.

The BRICS countries, particularly China and India, have donated over 1 billion doses of COVID-19 vaccines through various international organizations and initiatives. "The BRICS have played a constructive role in facilitating the accessibility and affordability of vaccines, and provided great energy for developing countries' fight against the pandemic," Wang Zhigang said.

India's Minister of Health and Family Welfare Mansukh Mandaviya said the center will be instrumental in streamlining and promoting vaccine research among BRICS countries. "The BRICS Vaccine R&D Center is a welcomed initiative for cooperating with other countries and sharing experiences for mutual benefits. This will save lives and livelihoods, and propel us toward economic recovery for the citizens of BRICS countries and the world," he said.

Mandaviya said India, which is sometimes hailed as the 'Pharmacy of the World' due to its booming pharma industry, is willing to offer its robust vaccine manufacturing industry for developing vaccines for the BRICS countries.

"BRICS countries unite over 40 percent of the world's population, and the potential of our scientific communities is at a high level," he said, adding that there is a need to intensify efforts against other infectious diseases including tuberculosis, AIDS and influenza. 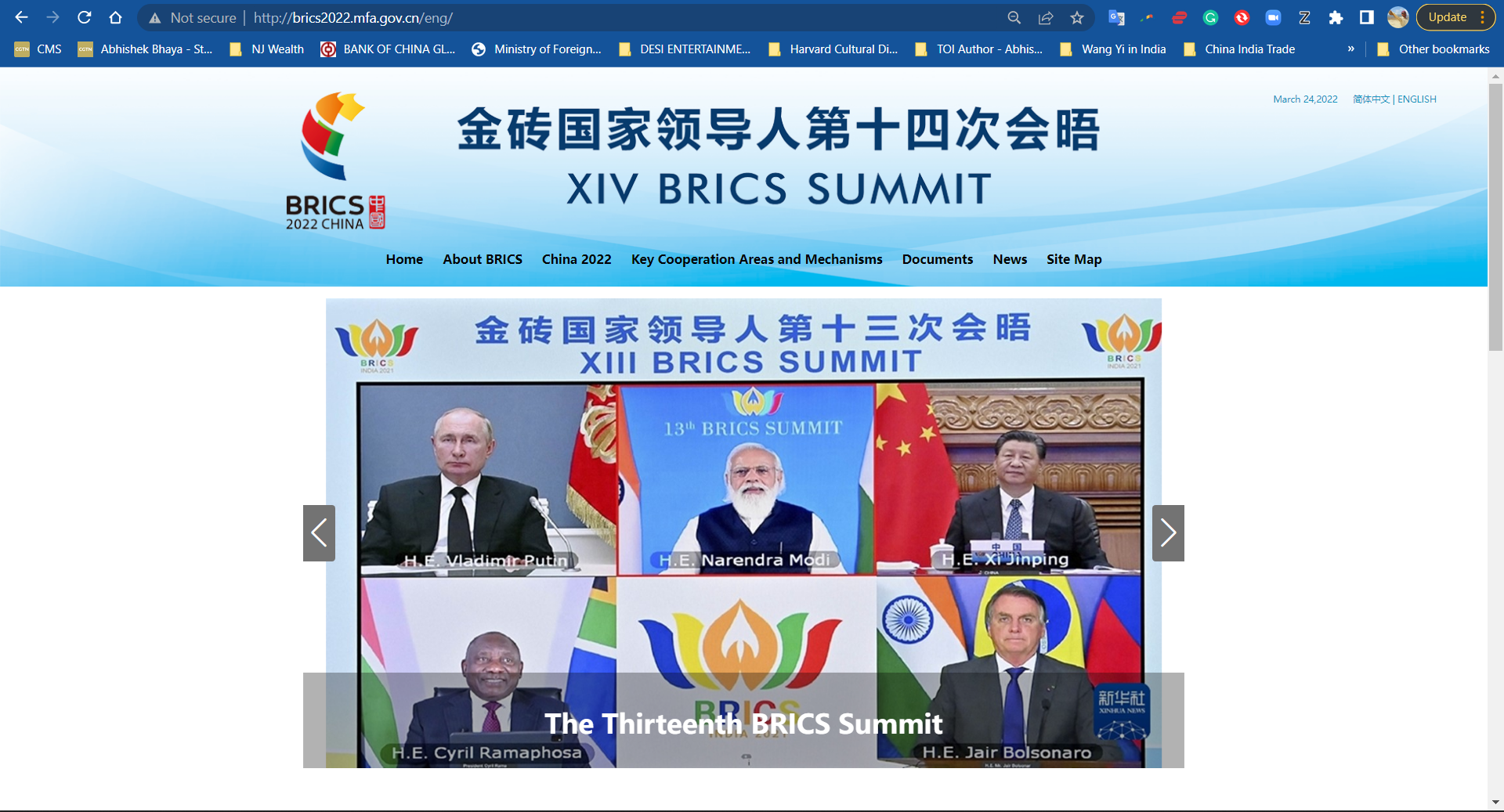 A screenshot of the homepage of the official website for the 14th BRICS Summit. /BRICS2022

A screenshot of the homepage of the official website for the 14th BRICS Summit. /BRICS2022

An official website for this BRICS Summit – http://brics2022.mfa.gov.cn/eng/ – has been launched to disseminate more information on the event and collaboration between the BRICS countries.

"Information on related events, including the launch of the BRICS Vaccine R&D Center, can be found on the website. You are welcome to learn more about BRICS activities under China's chair on the website," Wang Wenbin said.

The "BRICS cooperation conforms to the historical trend of a multi-polar world and economic globalization, helps steer the changing international order in a more equitable and reasonable trajectory, and serves the common interests of the international community," the official communique on the website reads.

"For this reason, BRICS cooperation has been widely acclaimed and supported by countries around the world particularly the emerging markets and developing countries, making BRICS a positive, stable and constructive force in international affairs," it adds.

"As the BRICS Chair of 2022, China looks forward to working with BRICS partners and making full use of the 14th BRICS Summit to promote the BRICS spirit of openness, inclusiveness and win-win cooperation, strengthen practical cooperation in all fields and embark on a new journey of BRICS cooperation,” emphasizes the website's page on the summit.