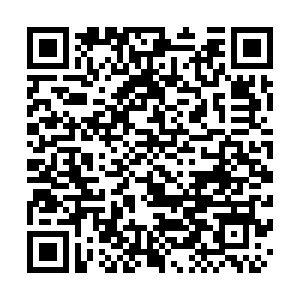 Rescue efforts are still ongoing, although no survivors have been found so far following the crash of a China Eastern Airlines flight, said Zhu Tao, head of the aviation safety office of the Civil Aviation Administration of China (CAAC), on Friday.

Over 7,000 people, 200 vehicles, five helicopters, and other equipment have been deployed in the search and rescue since the MU5735 crash on Monday, Zhu said in a press conference.

Though heavy rains and a landslide introduced hurdles to their work, the rescuers have never given up looking for survivors.

The search for the other black box is also underway. While a few orange-colored objects were found, experts later verified that they are parts of the black box.

Work to extract data from the first box is still underway. A CAAC official said it's too early to say when the voice data can be downloaded. A flight expert said decoding the data will need an additional 10 to 15 days, and data analysis will take even more time.

The CAAC promised to submit the initial investigation report to the International Civil Aviation Organization.

As of 3 p.m. on Friday, 101 pieces of items belonging to the passengers have been discovered, and 18 fingerprint samples were extracted. Local police said they were trying to identify the passengers through biology characteristics analysis and DNS comparing.

The China Eastern Airlines Boeing 737 aircraft carrying 132 people crashed on the afternoon of March 21 in a mountainous area of Tengxian County in the city of Wuzhou, south China's Guangxi Zhuang Autonomous Region.

As of 10 a.m. Friday, 531 family members of 92 missing passengers had arrived in Wuzhou.

The officials also clarified some social media misinformation around the crash. Some posts said the crashed plane sent out code 7500 – which means the plane was hijacked – before losing contact. A manager from China Eastern Airlines said that the passenger plane didn't send out any code during the time.

Another airplane in China was met with a mechanical issue on Friday. Fortunately, the cargo plane, belonging to the Sichuan Airlines, landed safely in Chongqing, where it originally departed.