Download
Russian economy under sanctions: The impact and responses
CGTN 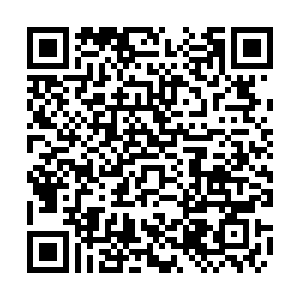 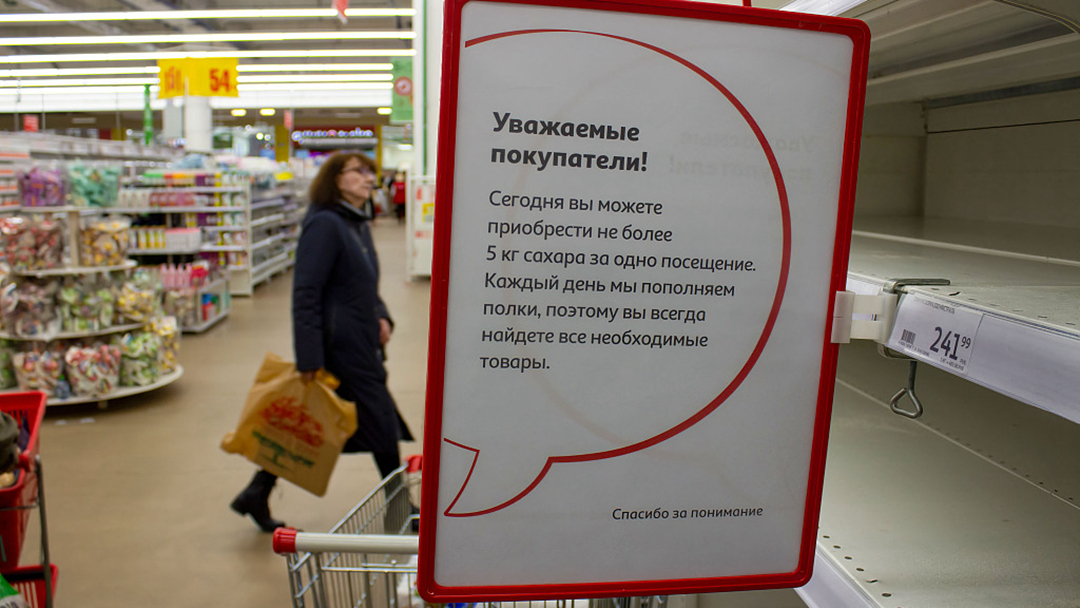 A supermarket sign announcing that the sale of sugar is limited to 5 kilograms per customer per day in Moscow, Russia, March 23, 2022. /CFP

A supermarket sign announcing that the sale of sugar is limited to 5 kilograms per customer per day in Moscow, Russia, March 23, 2022. /CFP

Sanctions are pilling on Russia as its conflict with Ukraine continues. Russian households have been feeling the squeeze since inflation hit a 7-year high, and analysts predict the aftermath of the conflict to erase 15 years of Russian economic growth by 2023.

Sanctions have targeted Russian banks and companies. The move to freeze part of Russia's reserves has limited the central bank's ability to support the ruble currency with dollars and euros held in its foreign currency and gold reserves.

The sanctions froze around $300 billion of Russia's $640-billion gold and forex reserves, its finance ministry said earlier in March.

To support the ruble, Russia's central bank has imposed restrictions on capital flows out of the country in the past month. The ban also stops foreign investors from selling off securities and withdrawing their funds from the Russian financial system.

The central bank has also more than doubled its primary lending rate to 20 percent and provided extra liquidity to banks.

However, the ruble fell to an all-time low earlier in March, pushing up inflation. Demand for a wide range of goods, from food staples to cars, rose sharply on expectations that their prices will rise further.

Commenting on the empty shelves in the store and surging prices, an official said there will be a market reshuffle that will leave only products that people really need and can afford.

Alexander Borisov, chairman of the council of development of the consumer market of Russia's council of the chamber of commerce and industry, also emphasized maintaining the balance of domestic production and people's consumption needs.

Footwear companies are turning more to the Asian market to avoid sanctions, currency fluctuations and logistical issues in replenishment.

"A large part of goods are domestically made," said Andrey Pavlov, a company founder in Russia.

"There are also parts made in China, India, Pakistan and southeast Asia. They are not in the Western alliance," he said.

The Russian government has pledged to support the country's local manufacturers through preferential loan policies and subsidies and reduce tariffs on imports from what it called "friendly countries."

The multitude of sanctions and companies pulling out of the country is set to wipe out Russia's economic gains of roughly 15 years by the end of 2023, the Institute of International Finance said in a note.

"We won't really know the real impact of current sanctions on the economy for some time to come," said Sergey Aleksashenko, a former deputy governor of Russia's central bank.

"The real effect on the economy of all sanctions will only be visible maybe three to six months later," he said, noting that companies may have depleted their stock due to the export bans.