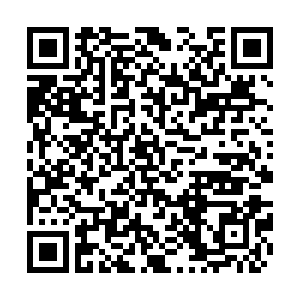 A spokesperson for the HKSAR government said, "We take strong exception to the absurd and misleading accusations against the national security law and our legal system. Every country around the world would take threats to its national security extremely seriously. China is no different."

The remarks were made in response to a decision by Britain's top judicial body to withdraw two British judges from Hong Kong's highest court, which comes after months of lobbying from British parliamentarians and activists, citing concerns over the national security law.

"The fact that there would be a debate in the UK Parliament may well have influenced the resignation of the two serving UK judges," the spokesperson said. "This is clear evidence of external political pressure on judges of an otherwise independent judiciary."

The national security law for the HKSAR that came into force in 2020 targets four categories of crimes, including secession, subversion, terrorist activities, and collusion with a foreign country or with external elements to endanger national security. According to Article 38 of the law, it "shall apply to offences under this Law committed against the HKSAR from outside the Region by a person who is not a permanent resident of the Region."

The spokesperson said that extraterritorial application vested with the national security law is in line with the well-recognized international law principle of protective jurisdiction.

The spokesperson said Hong Kong is a society governed by the rule of law where laws must be observed and lawbreakers held to account. No one person or institution is above the law, the spokesperson stressed.

"Judicial independence in Hong Kong after the implementation of the national security law remains robust as ever," said the spokesperson.

Meanwhile, the spokesperson for the Office of the Commissioner of the Chinese Foreign Ministry in the HKSAR on Wednesday expressed strong dissatisfaction over and firm opposition to the British side smearing the national security law for Hong Kong, slandering the rule of law in Hong Kong and grossly interfering in Hong Kong affairs under the pretext of "recalling" British non-permanent members of the Court of Final Appeal.

The office urged the British side to recognize the reality and immediately stop its absurd political performance.

(Cover: China's national flag and the flag of the HKSAR outside the HKSAR government building in Hong Kong, China. /CFP)