Download
What have China and EU achieved on trade?
CGTN 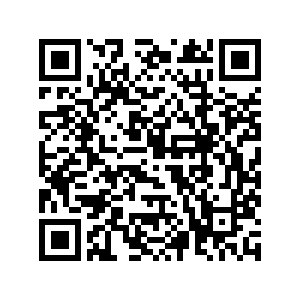 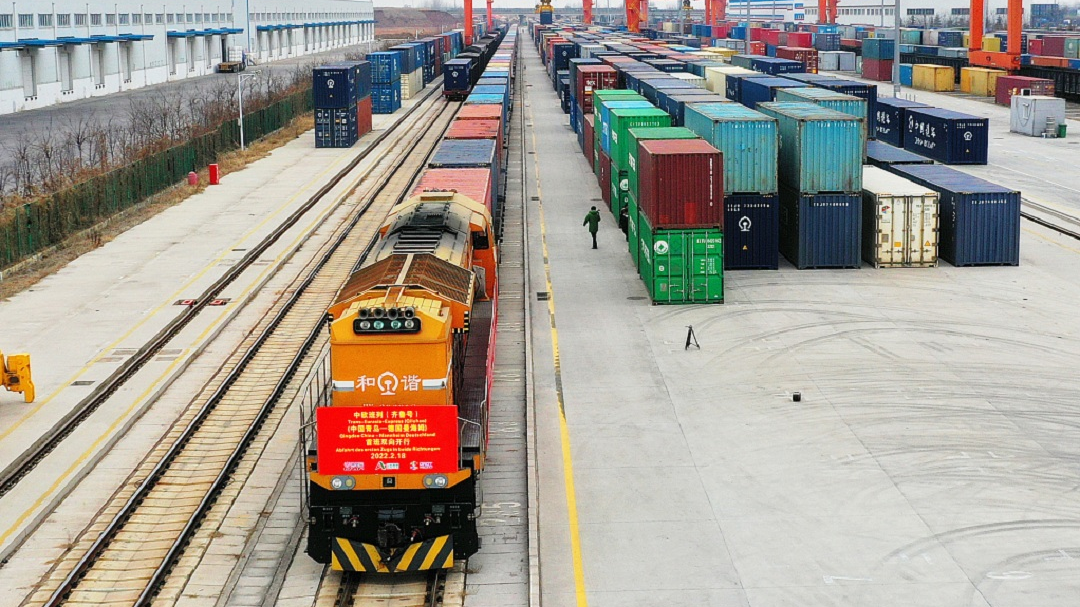 A freight train leaves from China's Qingdao to Mannheim in Germany, February 18, 2022. /CFP

A freight train leaves from China's Qingdao to Mannheim in Germany, February 18, 2022. /CFP

As leaders of China and the EU hold talks at the 23rd China-EU summit on Friday, the cooperation between the two powers, especially in trade, has once again come to the global stage.

Since China joined the World Trade Organization in 2001, the two sides have worked closely in area such as digital economy, clean energy and service trade in recent years.

Over the last few years, data shows the two economies have boosted trade. However, the relationship hasn't always been rosy.

Here's some crucial moments showing the ties between the two sides.

In 2020, China overtook the U.S. as EU's largest trading partner after the COVID-19 pandemic and Brexit caused trade with the bloc's other main partners to decrease.

The country remained the bloc's largest trading partner in 2021, as the trade between the two sides amounted to $828.1 billion, up 27.5 percent from the previous year, according to China's Ministry of Commerce (MOFCOM).

Despite being China's second largest trading partner after the Association of Southeast Asian Nations (ASEAN) in 2021, the EU has surpassed ASEAN as the top one trading partner with China in the first two months of 2022, per MOFCOM data. 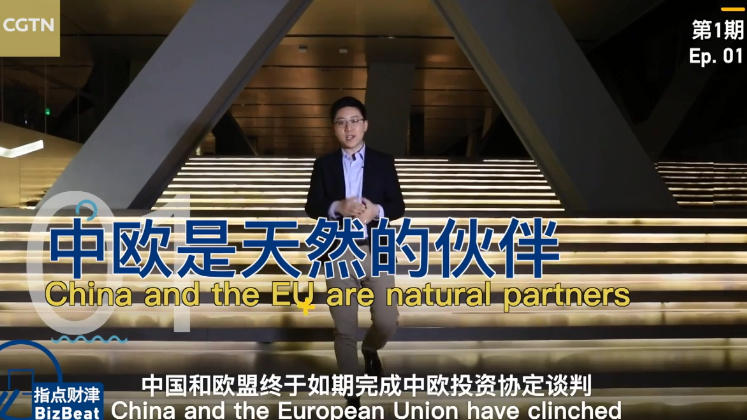 China-Europe freight trains, part of the fundamental infrastructure of the country's Belt and Road Initiative (BRI), have witnessed exponential growth since the first Chinese freight trains left from southwest China's Chongqing to Duisburg, Germany's biggest inland port back in March 2011.

As of the end of 2021, the China-Europe freight trains have reached more than 180 cities in 23 European countries, according to data from China's National Development and Reform Commission (NDRC).

With 78 routes, the service has connected 180 cities in 23 European countries with China as of January, according to NDRC. 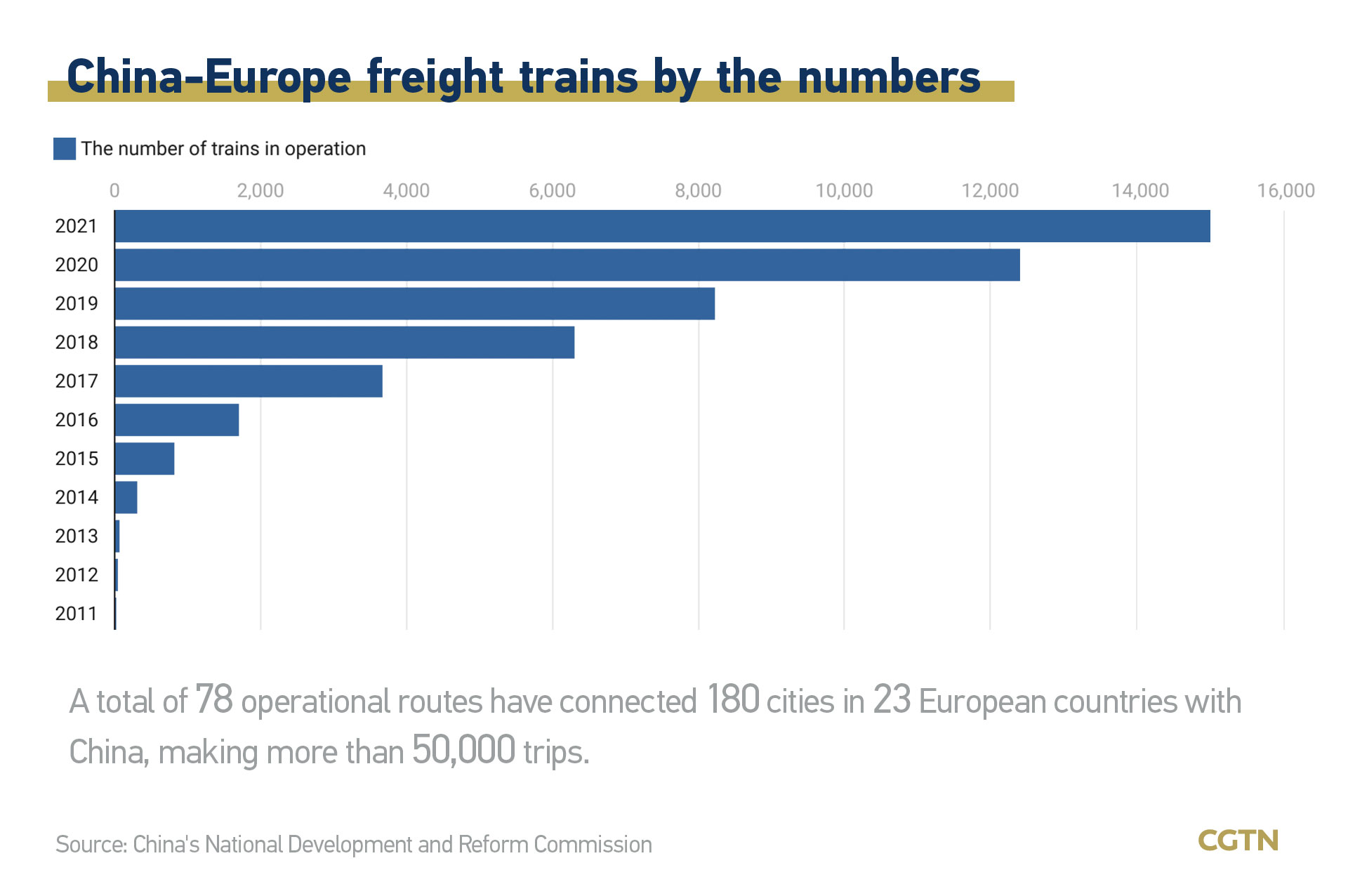 Having served more than 50,000 trips, the cargo has exceeded 4.55 million twenty-foot equivalent units with a value of $240 billion up to the end of January, according to data from the China State Railway Group.

Rail transportation has proved efficient in keeping the supply chains running during the pandemic. It takes as short as 12 days for goods to get to Europe from China through the freight train service, significantly faster than shipping. 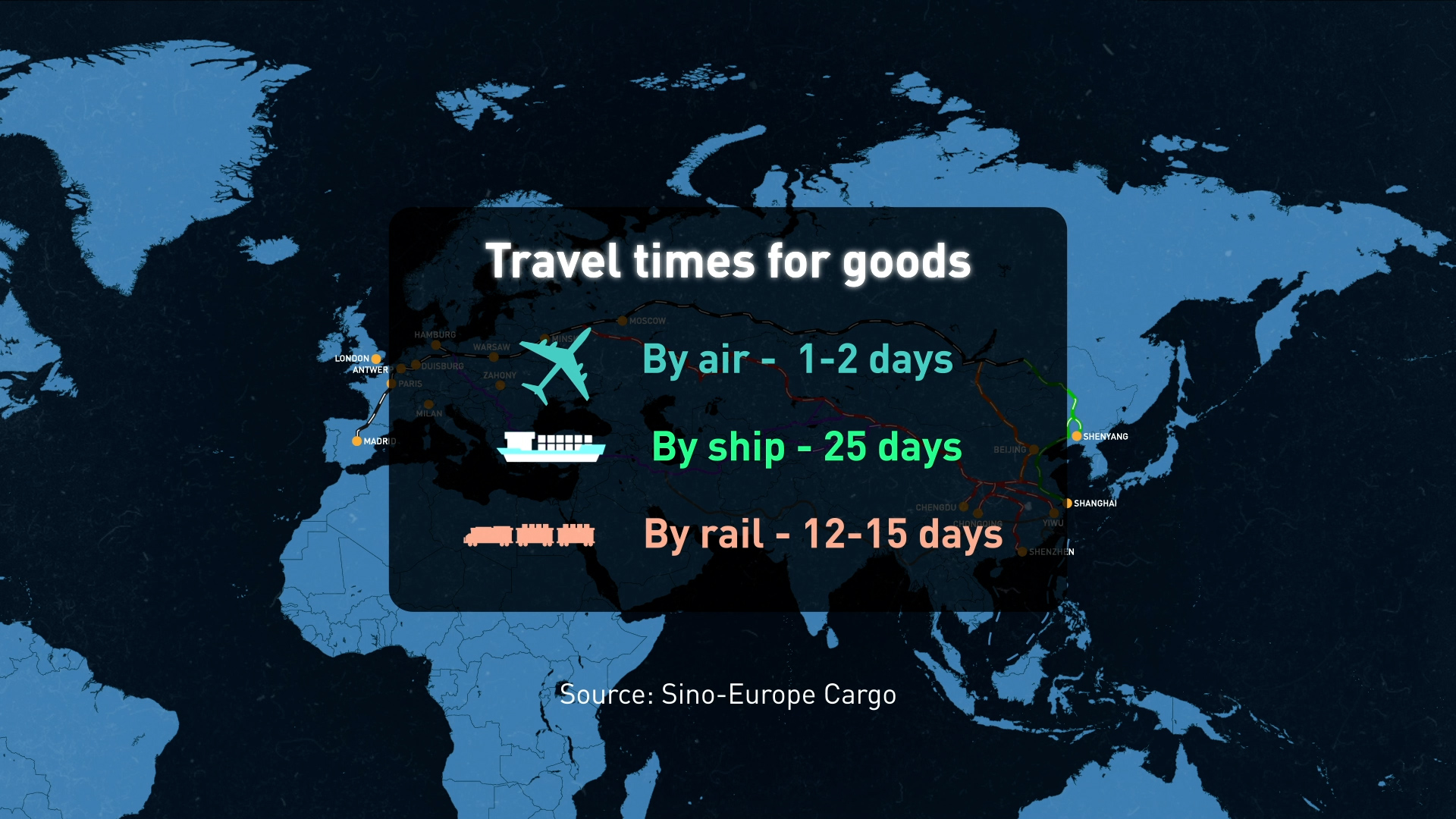 Rail is also far cheaper than air freight, although it is slightly more expensive than the slower sea option. 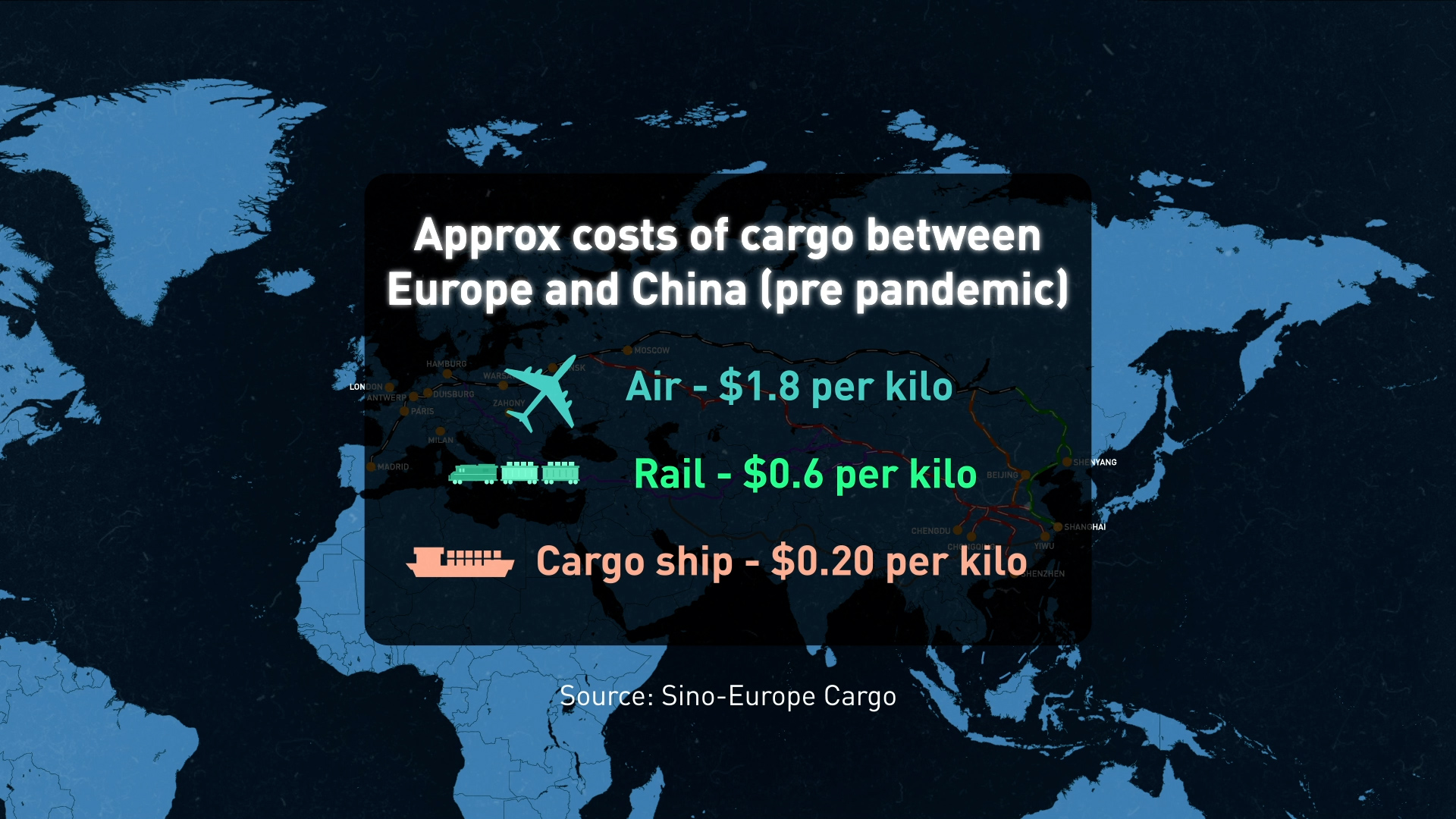 On December 30, 2020, after seven years and 35 rounds of negotiations, China and the EU concluded in principle the negotiations on the Comprehensive Agreement on Investment (CAI).

The agreement holds the promise of unlocking new investment opportunities for both China and the EU. European companies would be granted greater access to rapidly expanding and highly lucrative Chinese industries including manufacturing, healthcare and cloud computing. The playing field would also be leveled between Chinese and European firms.

In return, China would gain limited entry into the bloc's manufacturing and renewable energy market at a time when the EU was throwing billions of dollars towards a green transition.

However, CAI has not yet been ratified and therefore not yet entered into force.

After the EU Parliament voted to freeze the ratification process, accusing human rights abuses in the Xinjiang Uygur Autonomous Region which China has denied, China warned that obstacles to the EU-China investment deal will hurt both sides.

"The China-EU Investment Agreement is a balanced, mutually beneficial and win-win agreement, not a gift from anyone," a statement from China's mission to the EU said. "China has always been sincere to promote cooperation between the two sides and hopes that the EU will meet us halfway."

A landmark agreement between China and the EU to protect almost 200 geographical brands of agri-food came into effect on March 1, 2021.

The China-EU Geographical Indications Agreement first ensured that 96 EU and 100 Chinese agri-foods are protected from imitations. They are the names of products with unique characteristics linked to their place of origin.

The deal strengthens economic and trade cooperation between China and the EU and benefits their consumers and businesses.

A geographical indication is an important intellectual property that protects the characteristics and reputation of products in a specific region, such as Pu'er tea in China and champagne in France. The designation plays an important role in increasing the value of products and farmers' income and promoting local economic development and protecting traditional cultural heritage.