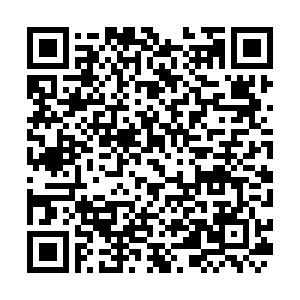 China does not seek selfish geopolitical interests over Ukraine, nor does the country hold an indifferent attitude to the conflict, not to mention adding fuel to the fire, Chinese State Councilor and Foreign Minister Wang Yi said on Monday.

Wang made the remarks in a phone conversation with Ukrainian Foreign Minister Dmytro Kuleba. It was their second phone call since the outbreak of the Russia-Ukraine conflict, following their call on March 1.

China has only one sincere expectation for the Ukraine situation, which is peace, Wang stressed. China welcomes peace talks between Russia and Ukraine, he said, calling on the two sides to stay committed to negotiations regardless of the difficulties they face and the differences between them.

Wang stressed the importance of learning lessons from the crisis and finding a way to maintain lasting security in Europe. He called on relevant parties to conduct equal-footed dialogue and set up a balanced, effective and sustainable European security framework based on the principle of indivisible security.

China will maintain an objective and fair position and continue to play a constructive role in its own way, he said. China believes the Ukrainian side has enough wisdom to make choices in accordance with its people's fundamental interests, he added.

He also thanked the Ukrainian government and other sectors of the country for their efforts in helping with Chinese citizens' safe evacuation from Ukraine.

Kuleba said China is a great country, calling it a positive force in safeguarding peace. Ukraine is willing to maintain communication with China and hopes that China will continue to play an important role in ending the conflict, he said.

Kuleba said he agrees with China's views on the Ukraine issue and thanked China for its humanitarian assistance to his country.

Ukraine remains committed to conducting peace talks with Russia and finding sustainable solutions, he said, adding that Ukraine hopes to become a gate of Europe.

Wang said he hopes that the gate will lead to peace in Europe, development of Ukraine and cooperation between China and Europe.