Download
Analysis: What's behind crises in Sri Lanka and Peru?
By Yao Nian 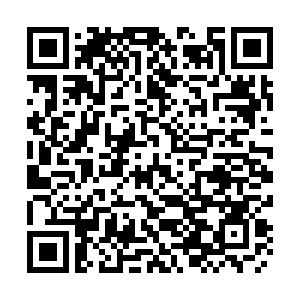 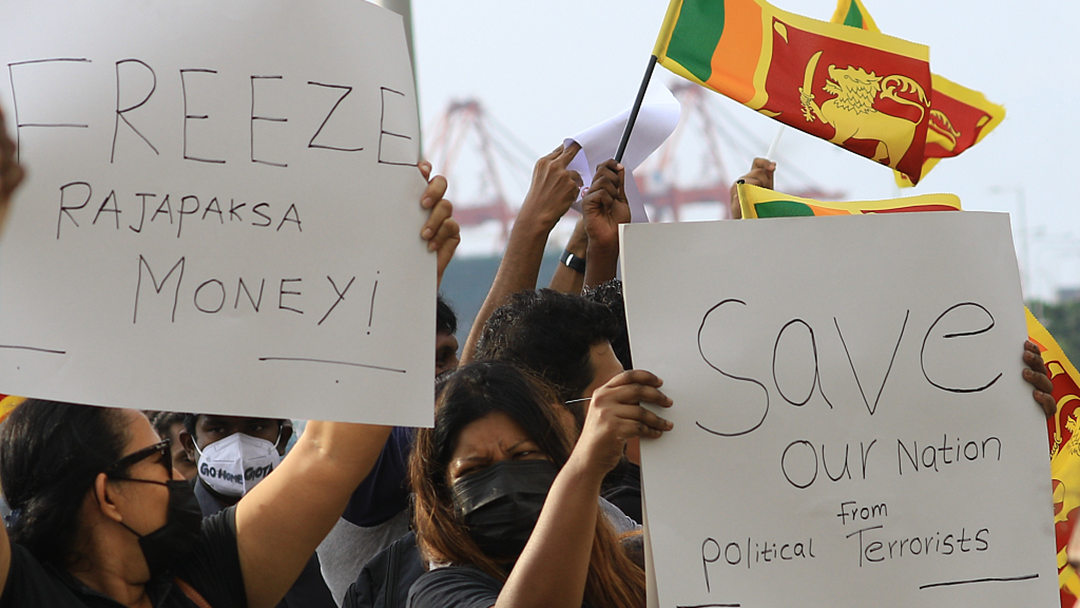 As the world struggles with the long-term impacts of the pandemic and Russia-Ukraine conflict, emerging markets and developing economies are more vulnerable to the pressure, with crises in Sri Lanka and Peru as early examples, experts said.

Sri Lanka is mired in its worst economic downturn since 1948, with shortage of food, fuel and other basic goods. The economic crisis in the south Asian nation has escalated to national protests, cabinet resignation and even caused state of emergency.

Peru is also suffering violent protests over rising food, fuel and fertilizer prices. Protesters, among whom are farmers and transport workers, have attacked judiciary buildings and smashed shops in the South American country.

A direct trigger for crises in Sri Lanka and Peru is high inflation, Wang Dan, chief economist of Hang Seng Bank China, told CGTN. The two countries rely on imports of energy and food, the prices of which have been sent skyrocketing by disruptions from the Russia-Ukraine conflict.

"Ukraine and Russia have been major exporters of food and energy. But logistics couldn't go out after the conflict, and Western countries also imposed sanctions on Russia, which affected the supply and demand of international bulk commodities," Bai Ming, deputy director of the International Market Research Institute with the Ministry of Commerce, told CGTN.

"Some developing countries that need to import raw materials are faced with rising prices of bulk commodities, and imported inflation will also increase," Bai explained. 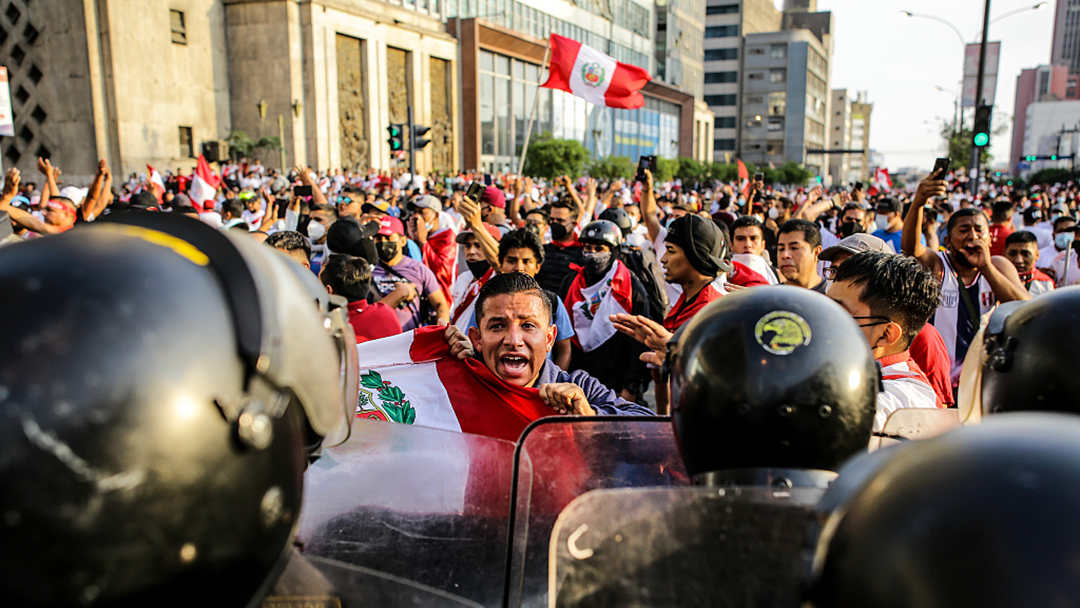 Thousands of people gather to march on Abancay Avenue, one of the main avenues in Lima near the Congress of Peru, against the current Peruvian President Pedro Castillo, April 5, 2022. /CFP

Thousands of people gather to march on Abancay Avenue, one of the main avenues in Lima near the Congress of Peru, against the current Peruvian President Pedro Castillo, April 5, 2022. /CFP

Is public debt the root of Sri Lanka's crisis?

Experts are divided on whether public debt is the root of Sri Lanka's economic crisis. Wang believed the answer is yes, but Bai said it is just a flashpoint.

"Public debt is playing a significant role, but it's only one of several problems," Josef Gregory Mahoney, professor of Politics and International Relations at East China Normal University, echoed with Bai.

Wang explained, "As a net importer of energy, surging commodity prices has quickly depleted its foreign reserves. The tourism sector had been a main source of foreign currency but continued to lag in 2022. The government is committed to high spending but low tax, making it more difficult to pay back debt."

"In addition, the central bank devalued Sri Lanka's rupee in March, preparing for a transition to the floating exchange rate system. The currency is likely to depreciate further in the coming months as Fed hike the interest rate. As such, the market widely believes that Sri Lanka will default on its foreign debts," the economist added.

The country has more than $4 billion in debt to repay just this year, including a $1 billion international sovereign bond maturing in July.

The Wall Street Journal has reported the deepening debt crisis stoked political controversy over Chinese lending to Sri Lanka, and some Indian media have tried to cast Sri Lanka as an example of alleged Chinese "debt trap" practices.

But according to data from Sri Lanka Department of External Resources, China just owned 10 percent of the country's foreign debt, roughly the same as Japan, and much less than market borrowings and multilateral development bank. 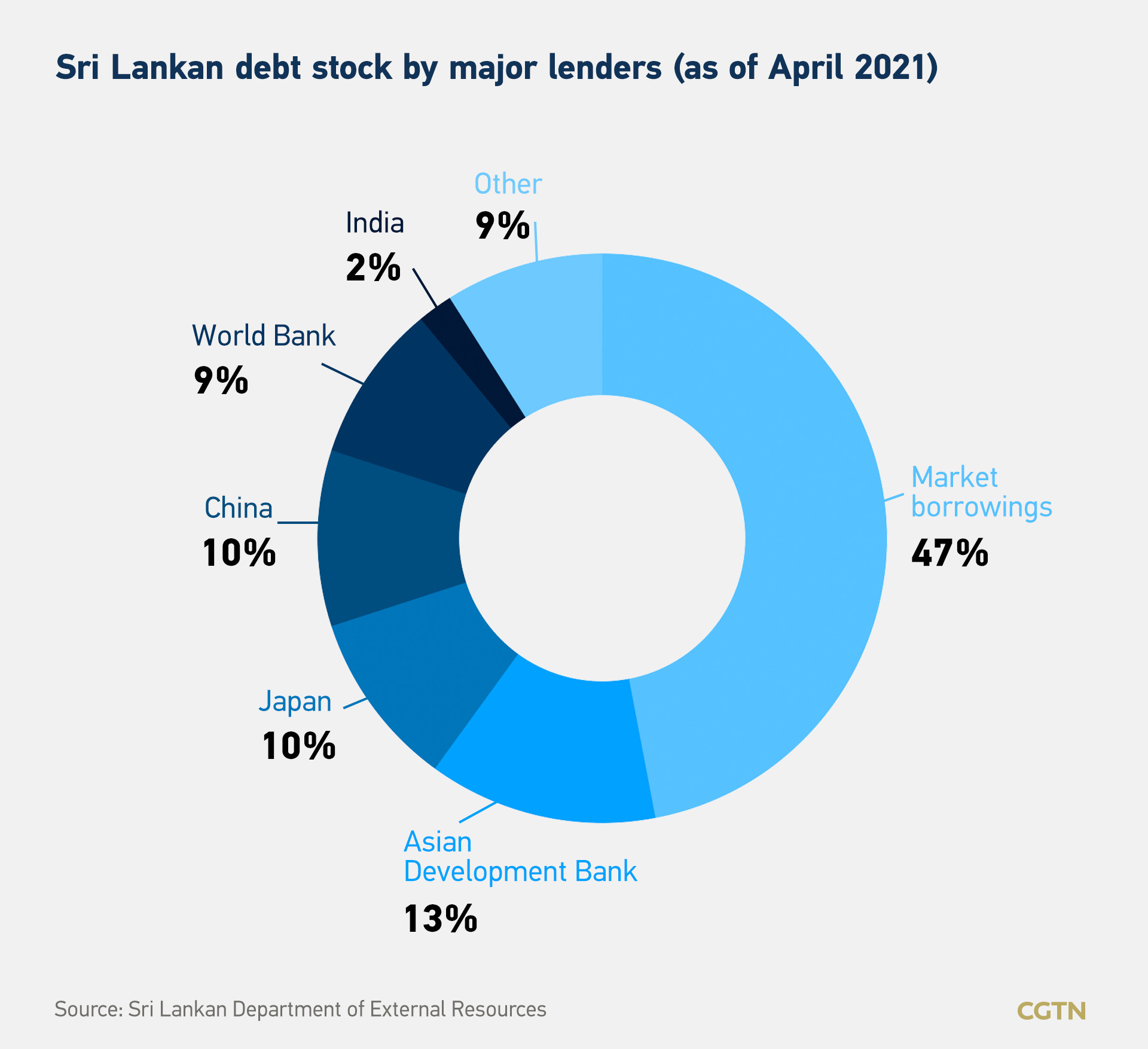 "China's fund aims to support Sri Lanka's economic development, not to make people fall into a debt trap. Funds are what developing countries lack most, and we are giving help in need. Infrastructure projects have played a role in promoting its economic growth," said Bai.

In Bai's view, the south Asian nation has been turbulent in the past few years and there have been political turmoil and fierce competition between the ruling and opposition parties.

"In usual times, there can be peace between the two parties. But when the external shock is severe, a little thing can be amplified a lot and some people will add fuel to the fire," said Bai.

Crises have been years in the making

Professor Mahoney said Sri Lanka suffers from what economists call "twin deficits" – budget and trade, where public expenditures exceed revenues and imports exceed exports, and "these are not new problems."

The problems have been "exacerbated by a tourism industry damaged by the pandemic, sharp decreases in inbound-FDI, tax cuts, mismanaged agricultural reforms, and inflationary pressures from many sources, including the conflict in Ukraine," Mahoney told CGTN.

Analysis: Sri Lanka is in its worst economic crisis in recent history. Why?

"Sri Lanka has paid for these problems in part by depleting its foreign reserves, and many in the country are convinced that pervasive government corruption is also to blame," he added.

"The major risk [for Peru] is the unstable government, which has a poor relation with the congress and lacks clear economic agenda," she added.

For Peru, there has been increasing instability following intense polarization that split the government in 2017, according to Mahoney.

"This was followed by waves of corruption scandals and disagreements over reforms, undercutting governance in general, which made the nation even more vulnerable to pandemic-related economic pressures and Ukraine-Russia spillover effects," he said.

There have already been substantial spillover effects from the Russia-Ukraine crisis globally, warned Mahoney.

"The main problem is slowing growth plus faster inflation," he said.

"Most of the world is still struggling to recover economically from the pandemic. According to the IMF, the crisis in Ukraine is creating fuel and energy cost-push inflation, hammering tourism industries, and making it harder for developing countries to access international capital markets."

"In response, we're likely to see unhealthy mixes of expansionary fiscal and monetary policies – compounded by interest rate increases by the U.S. Federal Reserve. The result will be more political unrest, with Peru and Sri Lanka as early examples," Mahoney told CGTN.