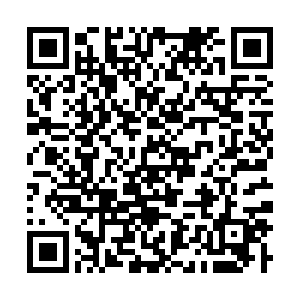 China on Friday lashed out at the United States for prisoner abuse at "black sites," calling its "enhanced interrogation techniques" brutal and horrifying.

The U.S. Central Intelligence Agency (CIA) has set up these black sites in many countries under the pretext of its "War on Terror." Alleged terrorists are secretly placed in arbitrary detention and confessions are extorted by torture, which has drawn widespread criticism from the international community, Chinese Foreign Ministry spokesperson Zhao Lijian told a regular press briefing.

The Guardian reported that, according to a newly declassified U.S. government report, a 44-year-old  Kuwaiti man, named Ammar al-Baluchi, at a secret CIA detention site in Afghanistan, was "used as a living prop to teach trainee interrogators, who lined up to take turns at knocking his head against a plywood wall" and dousing him with ice-cold water. The torture has left him devastated both physically and mentally.

"The notorious Guantanamo Bay, the Bagram prison in Afghanistan and the Abu Ghraib prison in Iraq are caught up in prisoner abuse scandals, with the use of brutal and horrifying 'enhanced interrogation techniques,' including waterboarding and sleep deprivation," Zhao said.

Zhao called the black sites "typical examples of the U.S. trampling on the rule of law and violating human rights." He said the report from the Costs of War Project of the Watson Institute for International and Public Affairs at Brown University released at the beginning of 2022 noted that, following the 9/11 attacks, the U.S. orchestrated a system of black sites in at least 54 countries and regions across the world. Over 100,000 people were detained at these sites, including many Muslims, and women and children. U.S. taxpayers are spending 540 million U.S. dollars a year just to detain prisoners at Guantanamo.

"However, not a single U.S. official has so far been held to account for devising, authorizing or implementing the secret detention and torture program," Zhao said.

He said the U.S. government has gone even further to cover up and deny its crimes against and violations of human rights. In 2020, after the chief prosecutor of the International Criminal Court (ICC) noted that the U.S. forces and the CIA may have committed war crimes with prisoner abuse in Afghanistan, the U.S. leveled sanctions and imposed visa restrictions on several officials, including the chief prosecutor of the ICC.

In 2021, after the UN Committee Against Torture said that the CIA black sites are rife with torture, the U.S. government refused to disclose relevant information, citing confidentiality.

"Facts speak louder than words," Zhao said, noting that the U.S. black sites around the world fully indicate that the U.S. has no right to point a finger at any other country in the name of democracy and human rights.

"What the U.S. should do is immediately abolish its black sites all over the world, earnestly reflect on its crimes, apologize to and compensate for the victims, and hold those who authorized and carried out torture accountable," Zhao said.