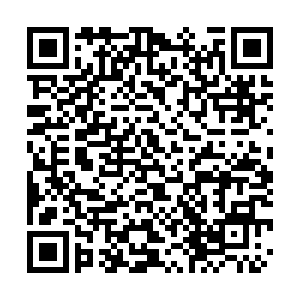 China's central bank announced on Friday it would cut the reserve requirement ratio (RRR), the amount of cash financial institutions must hold in reserves, by 0.25 percentage points, effective from April 25.

The move is set to release 530 billion yuan ($83 billion) in long-term liquidity, the People's Bank of China (PBOC) said in a statement.

By freeing up reserves, the PBOC expects financial institutions to support industries and small, medium and micro enterprises (SMEs) badly hit by the pandemic.

The cut is also aimed at optimizing the capital structure of financial institutions and reducing the overall social financing costs, the central bank said in the statement.

The cut will not apply to financial institutions with an existing ratio of 5 percent, said the PBOC.

For urban commercial banks that do not operate across provinces and rural commercial banks with a deposit reserve ratio higher than 5 percent, the RRR will be further reduced by 0.25 percentage points on top of the 25 bps cut, in an effort to strengthen support for small and micro enterprises and rural development.

The bank said it would pay close attention to price movements and monetary policies of major developed economies in the period after the RRR cut. In the meantime, it will keep liquidity reasonably ample, work to reduce the overall financing costs and stabilize the macroeconomy, according to the statement.

In Wednesday's State Council meeting, China pledged to use policy tools, including RRR cuts, in a timely way to support the real economy.

The RRR cut is in line with expectations, wrote Joe Perry, market analyst at GAIN Capital, in a note to CGTN.

He also expects rate cuts in both the medium-term lending facility (MLF) and loan prime rate in the near term to further reduce financing costs.

"We expect the PBOC to focus on increasing its direct credit support to SMEs, the agricultural sector, green investment, tech and elderly care via the MLF, relending and rediscounting channels," wrote Perry.