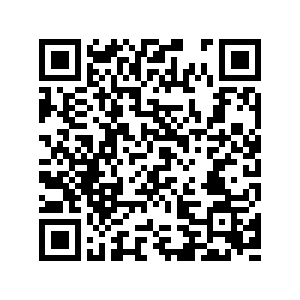 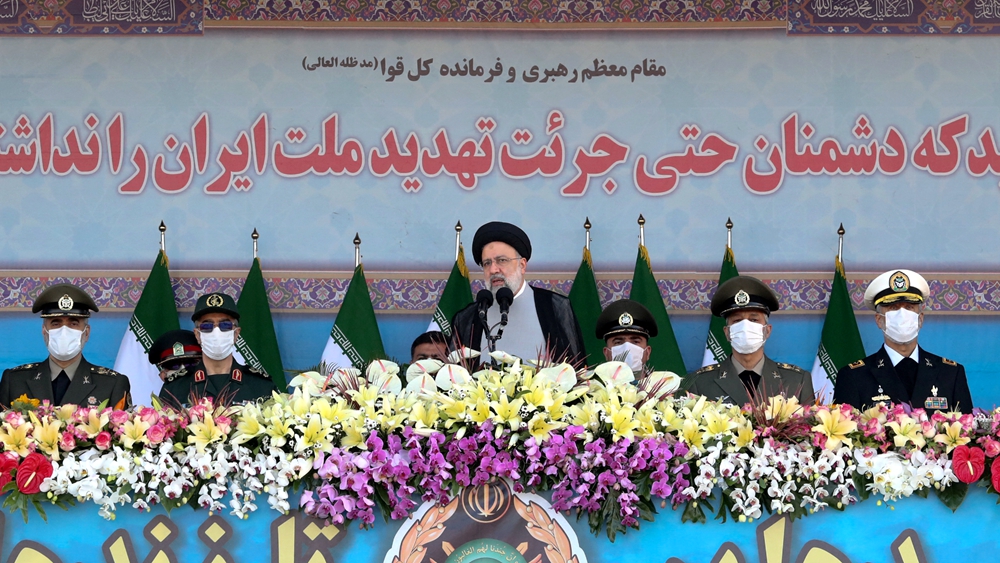 Troops marched in front of the podium where Raisi stood with army officers. Helicopters flew overhead, and parachutists dropped down over the parade area near the tomb of Ayatollah Ruhollah Khomeini, the founder of the Islamic state.

"Our strategy is defense and not offense," Raisi said, adding that "Iran's army used the opportunity of sanctions very well to empower itself, and our military industries are now in the best shape." 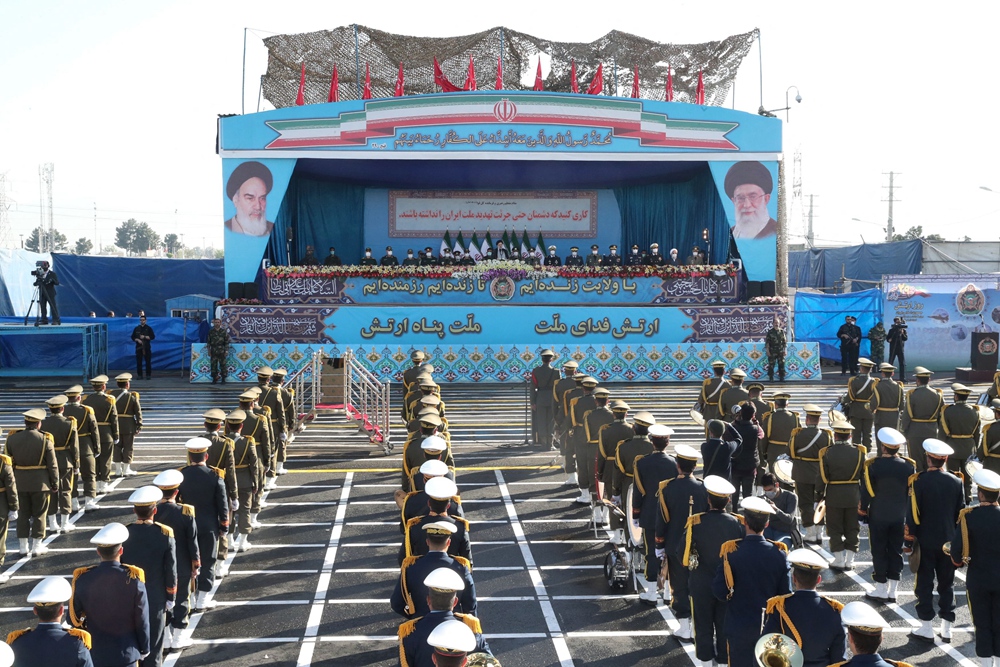 Raisi's remarks came days after he warned neighboring Iraq against using its territory for activities that disrupt Iran's security.

Last month, Iran's Islamic Revolutionary Guard Corps (IRGC) aided it to fire a dozen ballistic missiles at a "strategic" site in Arbil, the capital of Iraq's autonomous northern Kurdistan region, claiming they were being used by Israel. However, Arbil Governor Oumid Khouchnaw dismissed as "baseless" the presence of Israeli sites in the region.

Iran's military parade was held amid stalled talks between Tehran and world powers to revive a 2015 nuclear pact, formally known as the Joint Comprehensive Plan of Action (JCPOA).

Under the JCPOA, Iran accepted some restrictions on the development of its nuclear program in return for the removal of UN and Western sanctions.

However, then-U.S. President Donald Trump withdrew the country from the deal unilaterally in 2018 and reinstated old and new sanctions against Iran. Tehran retaliated by dropping some of its nuclear commitments.

Since April 2021, eight rounds of negotiations have been held in Vienna between Iran and the remaining parties to the JCPOA, with the U.S. indirectly involved, aimed at removing sanctions against Iran and restoring the pact.

But the talks were suspended last month over the unresolved issue of whether the United States might remove the IRGC from the U.S. Foreign Terrorist Organization list, as demanded by Tehran.

Israel, widely believed to have the Middle East's only atomic arsenal, says it will not be bound by any Iran nuclear deal and could eventually take unilateral action against Iranian nuclear sites. Israel has also said that it will not accept Iran as "a nuclear threshold state."