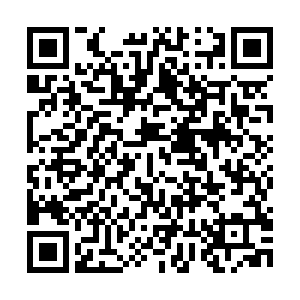 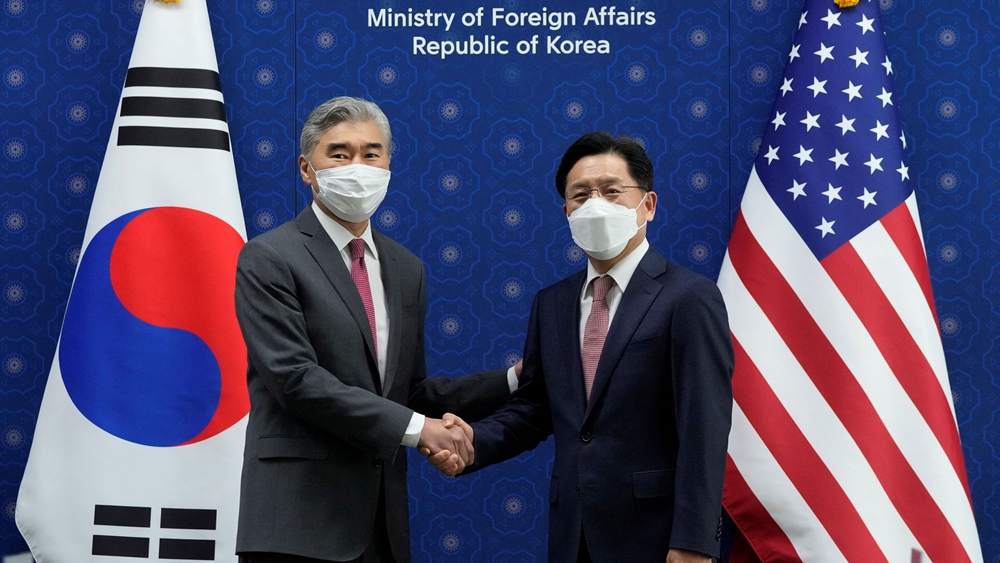 Sung Kim, the U.S. special representative for the Democratic People's Republic of Korea (DPRK), said on Monday that the United States and the Republic of Korea (ROK) would maintain the "strongest possible joint deterrent" over the DPRK's "escalatory actions."

Kim and his deputy, Jung Pak, met with ROK officials, including nuclear envoy Noh Kyu-duk, after arriving in Seoul early on Monday for a five-day visit.

"It is extremely important for the United Nations Security Council to send a clear signal to the DPRK that we will not accept its escalatory tests as normal," Kim told reporters after his talks with Noh.

"We agreed on the need to maintain the strongest possible joint deterrent capability on the peninsula," the U.S. envoy said.

Kim also said the allies would "respond responsibly and decisively to provocative behavior," while underlining his willingness to engage with the DPRK "anywhere without any conditions."

Kim's arrival coincided with the start of a nine-day annual joint military drill by U.S. and ROK troops.

The exercise consists of "defensive command post training using computer simulation" and will not involve field maneuvers by troops, the ROK Joint Chiefs of Staff said on Sunday.

Pyongyang has repeatedly condemned the joint drills as rehearsals for war. 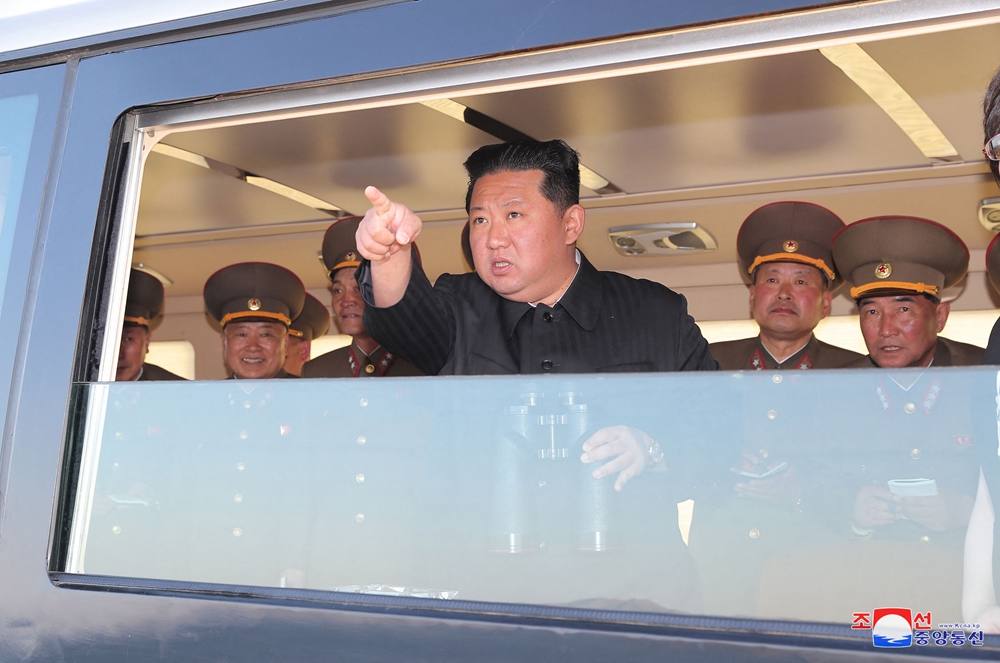 DPRK leader Kim Jong Un gestures as he watches the test-firing of what state media says is a new type of tactical guided weapon in the DPRK in this undated photo released on April 16, 2022, by the Korean Central News Agency. /Reuters

DPRK leader Kim Jong Un gestures as he watches the test-firing of what state media says is a new type of tactical guided weapon in the DPRK in this undated photo released on April 16, 2022, by the Korean Central News Agency. /Reuters

The DPRK's official Korean Central News Agency reported on Sunday that the country tested a new type of tactical guided weapon on Saturday.

The DPRK has conducted over a dozen weapons tests this year, including a new type of intercontinental ballistic missile (ICBM), Hwasongpho-17, on March 24, which was the country's first ICMB test since 2017.

The ROK on Monday called on the DPRK to cease tension-escalating activities and return to dialogue, Yonhap News Agency reported.

Talks between Pyongyang and Washington have been stalled since the collapse of a summit between DPRK leader Kim Jong Un and then U.S. President Donald Trump in Vietnam in February 2019 due to their differences on denuclearization and sanctions relief.

The U.S. envoy has said he is open to talks with the DPRK at any time and without preconditions, but Pyongyang has so far rebuffed those overtures, accusing Washington of maintaining hostile policies such as sanctions and the military drills.

The envoy was also expected to meet with the transition team for ROK President-elect Yoon Suk-yeol, who takes office in May.

A spokesperson for the team said there was no meeting confirmed between Yoon and the envoy, but Yoon's foreign minister nominee, Park Jin, said he planned to meet the envoy.