Download
How to build an ecological civilization
Erik Solheim 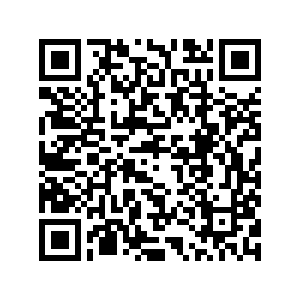 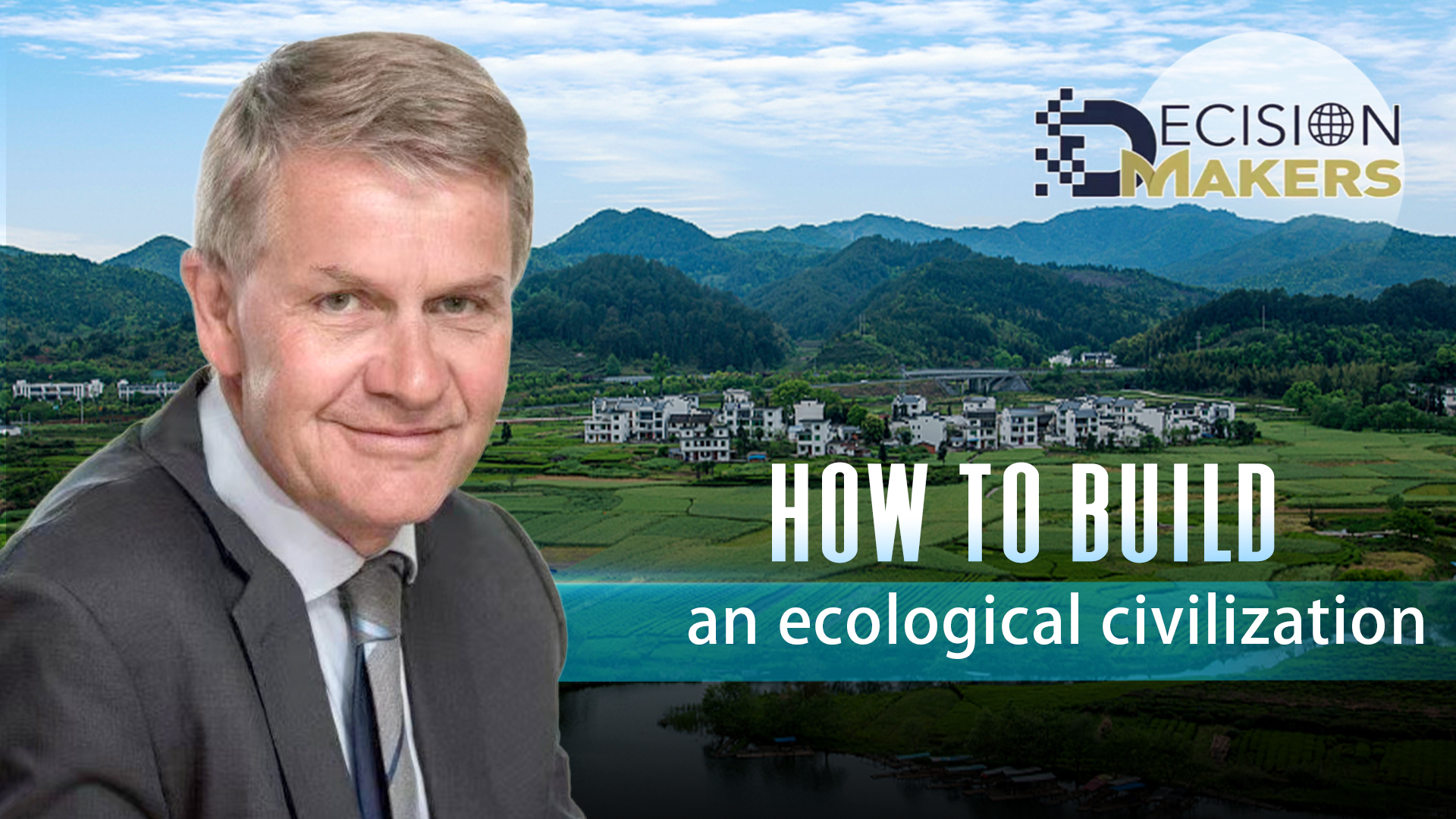 Editor's note: Decision Makers is a global platform for decision makers to share their insights on events shaping today's world. Erik Solheim is a former Under-Secretary-General of the United Nations and Executive Director of UNEP and senior adviser to the World Resources Institute. The article reflects the author's opinions and not necessarily the views of CGTN.

To build an ecological civilization, three forces must come together. Citizens must demand action; political leaders must set the vision and regulate markets; business must be innovative and take new solutions to scale.

Last year, 80 percent of all vehicles sold in my home country of Norway were electric. And we are on a trajectory towards 100 percent, because when driving an electric car, you don't want to go back. That's the magic.

A few years ago, hardly anyone in Norway drove an electric car. The change happened extremely fast because citizens, politics and business came together.

My family recently purchased a Hyundai Kona. It can go 500 kilometers per charge, which is from Oslo to our second city Bergen. Tesla has vowed to bring that up to 1,000 soon. We'd better buckle up and sit comfortably, because 1,000 kilometers will be a long drive! Business does deliver.

The good news for China is when it comes to making batteries for electric cars, China runs rings around all the rest of the world combined. Take China's Contemporary Amperex Technology Co., Ltd. (CATL), a global leader in lithium-ion battery development and manufacturing, as an example. It remains the single largest supplier of automotive lithium-ion batteries, with a global market share of 32.6 percent last year, up by eight percentage points compared to that of the previous year. And the company is now scouting locations for a new $5 billion battery plant in the U.S. BYD, a Chinese green legend, is China's second-largest supplier and fourth-largest worldwide, with an 8.8 percent global market share.

How did all that success come about? As early as 2000, the Chinese government decided to go for the risky, unproven technology of electric cars, using a set of policy tools including subsidies to help create an industry that could overtake Western competitors. It took courage as much as a green vision. China became the world leader by volume. Half of all electric cars sold last year are running on Chinese roads. Batteries for the global industry are produced in China.

In Norway, we became world leader in percentage terms. It happened because government set the right policies, spurred by citizens' demands. The tax system was changed in favor of electric cars. Electric vehicles were allowed to run in bus lanes. If your car runs on gasoline, you will have to pay higher fees at toll gates and parking lots. In short, government established an introductory offer for people who wanted to buy electric.

Charging stations in the early days were provided by the municipalities. But with the groundwork laid, the market has been taking care of the rest. Every petrol station owner set up charging facilities, and the same happens at parking lots. If you want to attract customers to your business, you simply have to change.

The government needs to pave the way in the early days because few people have the vision and resources needed to bet on risky, unproven things for public good. The Norwegian government gave tax incentives and financial support to companies who wanted to change into electric and low-emission ferries. At the same time, we put a levy on emissions. It worked wonderfully – those who led the change paid fewer levies and gained more support for new technologies. The latecomers were doubly punished. Now Norway is world leader in electric ferries. The carrot and stick work.

Gone are the days when people believed we could leave everything to the invisible hand of the market. Look at the astonishing success stories of Singapore, South Korea and China. It's not a binary choice. We need a mixture of a strong state, the market economy and citizen action. When the chief architect of China's reform and opening-up policy, Deng Xiaoping, started the reform and opening-up in China in the late 1970s, he paid a visit to Singapore. He wanted to be inspired and learn from the miracles created by its founding father Lee Kuan Yew. The rise of Asia is all about strong states and market economies.

The need for both state and market is even more clear when we move into the century of ecological civilization. Market alone or state alone cannot take us there. Combined they are dynamite. 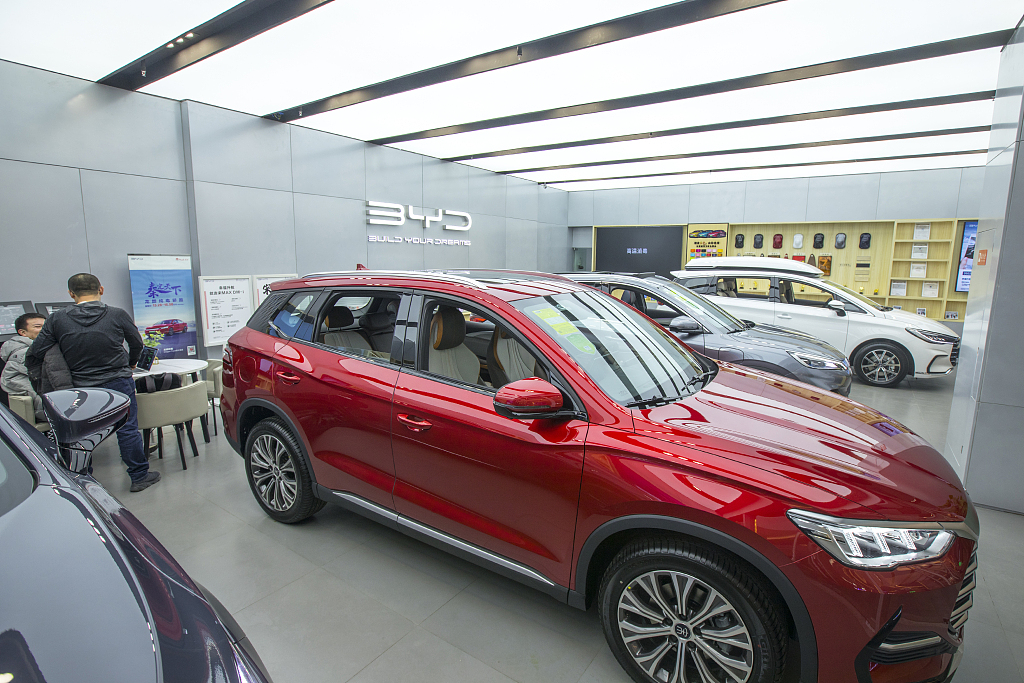 A most important role the government should play is to make sure of a fair transition to a green economy. If you are a coal worker from Shanxi Province of China or Kentucky in the U.S., chances are you will think that you bear the brunt of a transition from coal to renewable energy. You may not get excited to hear that there will be many more jobs in the new economy, even if it's true. The jobs in solar and wind may come in California or Arizona, Jiangsu or Guangdong Province, not in your hometown?

The government needs to come up with new, innovative ways toward a fair transition. Workers must be offered training programs. Areas must get regional programs to help start new businesses. Public funds will be needed to underpin a just transition.

Business is now leading the change into a green future in most parts of the world. In China, Chinese President Xi Jinping got it exactly right when he said that lucid waters and lush mountains are invaluable assets.

As part of a collaborative project, the World Resources Institute and its many partners have helped set up science-based targets to show companies how much and how quickly businesses need to reduce their greenhouse gas emissions.

This will prevent the worst impacts of climate change, leading them on a clear path towards decarbonization. By guiding companies in science-based target setting, business is enabled to tackle climate change while seizing the benefits for more jobs and profitable investments. It is boosting their competitiveness in the transition to a net-zero economy.

Over 1,200 companies worldwide are leading the transition to a net-zero economy by setting emissions reduction targets grounded in climate science. Given the scale of their emissions and capital, emissions reduction and climate action in these companies can lead to significant changes in global emissions. Many companies are much bigger than states in this regard.

The 21st century is all about this inclusive approach which will help us take the huge steps needed for a green economy. When citizens demand change, political leaders are visionary and business drives change at scale, we will ultimately get there.