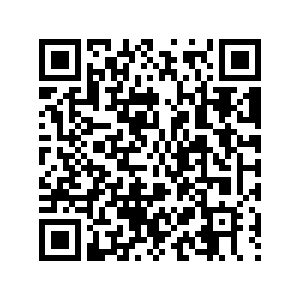 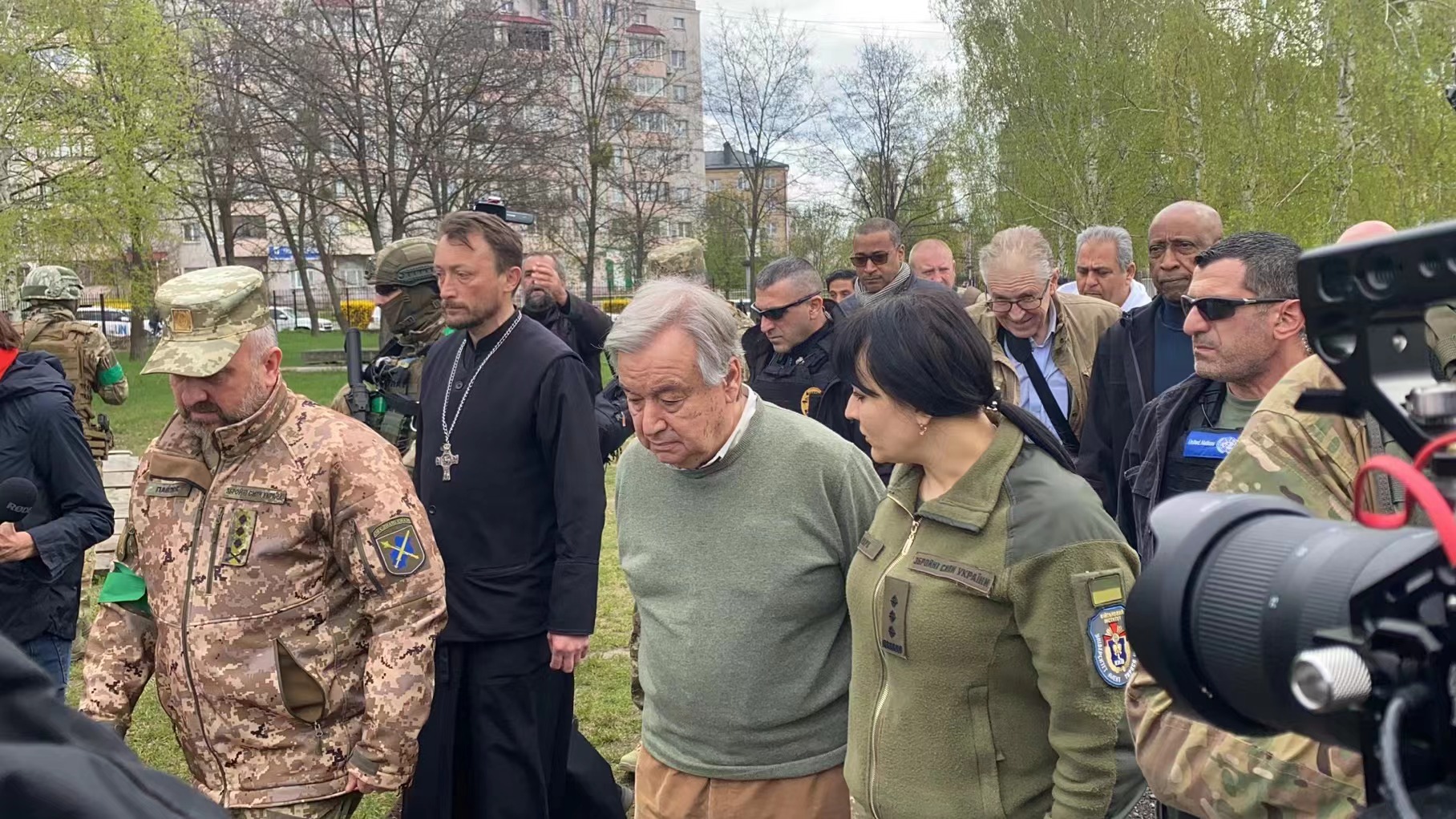 United Nations Secretary-General Antonio Guterres on Thursday visited Borodyanka and Bucha in the surrounding area of Kyiv, ahead of his planned meetings with Ukrainian Foreign Minister Dmytro Kuleba and President Volodymyr Zelenskyy.

"There is no way a war can be acceptable in the 21st century," Guterres said in Borodyanka, according to CGTN reporter Zhou Jiaxin.

"When we talk of war crimes we cannot forget that the worst of crimes is war itself," the UN chief told a group of reporters in Bucha. 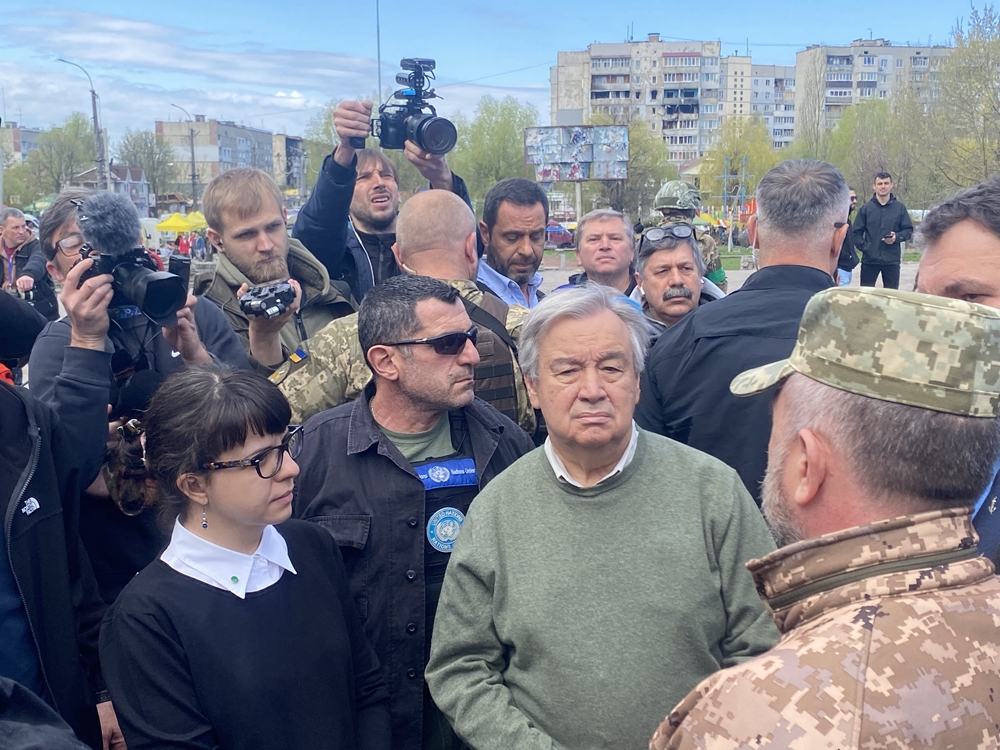 Both Borodyanka and Bucha were sites where alleged killing of civilians took place during the Russia-Ukraine conflict.

Key focuses of Guterres' diplomatic efforts in Russia and Ukraine include discussion on humanitarian issues and possible ways to end the conflict.

The UN chief's spokesman Stephane Dujarric said Putin had agreed "in principle" to the UN and the International Committee of the Red Cross being involved in evacuating civilians from the besieged Azovstal steelworks in the port city of Mariupol.