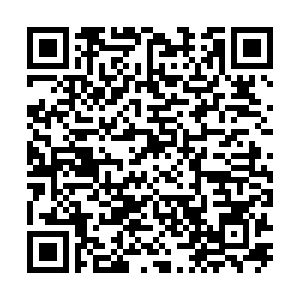 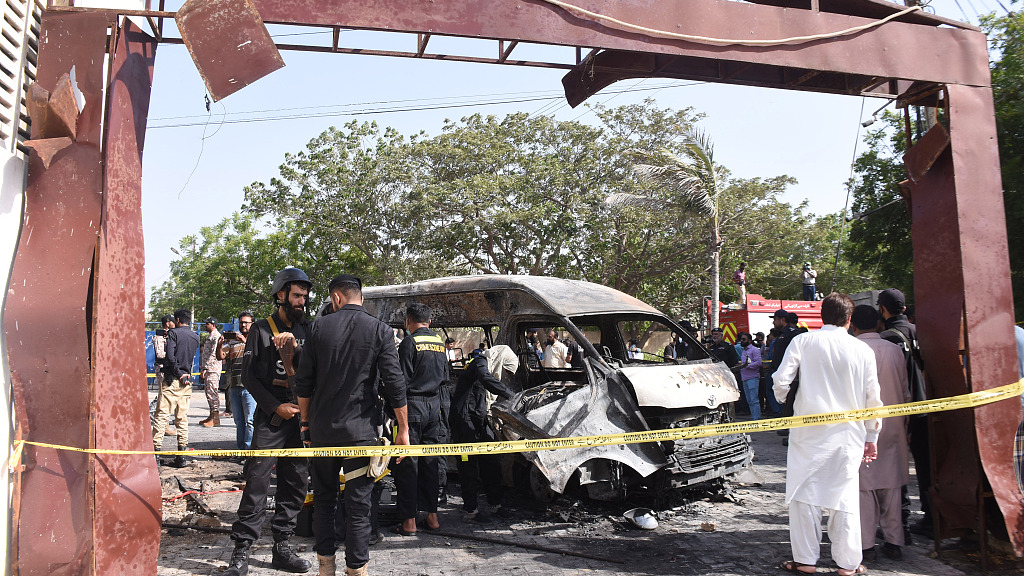 It has been months since the U.S. withdrawal from neighboring Afghanistan, with the Taliban firmly back in power in Kabul, and the Pentagon declaring an end to the "War on Terror." However, the scourge of terrorism in Pakistan is far from over. Lately, terrorist groups have targeted Chinese interests in Pakistan, in the mistaken belief that they can succeed in disrupting the China-Pakistan Economic Corridor (CPEC), a flagship project of the Belt and Road Initiative (BRI).

In the latest terror attack on Tuesday, three Chinese teachers and a Pakistani driver were killed near the gate of the Confucius Institute at Karachi University when the suicide bomber, identified as 30-year-old Shaari Baloch, covered in head-to-toe clothing, detonated explosives next to their minibus. Baloch was a mother of an eight-year-old girl and four-year-old boy and a science teacher pursuing a master's degree.

The BLA, based in southwestern Balochistan province bordering Afghanistan and Iran, claimed responsibility for Tuesday's blast, boasting that it was the first time a woman had "self-sacrificed" for the group. Women suicide bombers are not common in Pakistan, with only four such instances reported in recent years.

China has expressed "strong condemnation" and "grave indignation" over the terror attack and demanded Pakistan investigate, apprehend and punish the perpetrators of the heinous crime to the full extent of the law. Beijing also urged Islamabad to take more robust measures to ensure the safety of Chinese citizens and institutions in Pakistan and prevent such incidents from happening again.

Pakistan has promised to mobilize all resources to conduct an in-depth probe into the incident. "We won't rest until the culprits are hunted down and given exemplary punishment," Pakistani Prime Minister Shahbaz Shareef assured.

"China will work with Pakistan to hunt down the perpetrators, bring them to justice and make them pay a heavy price," said Chinese Foreign Ministry spokesperson Wang Wenbin.

The Baloch Liberation Army has, nevertheless, threatened China with "even harsher" attacks unless it stopped the CPEC infrastructure development projects in the southwestern province.

The BLA has spearheaded an insurgency movement in Balochistan since 2005 and is recognized as a terrorist organization by a number of countries. It is one of the several militant groups fighting a separatist war with the Pakistani government and trying to derail its relations with China.

In the past, BLA has claimed several attacks on Chinese targets including a strike on the Chinese consulate in Karachi in 2018 and a suicide bombing on a motorcade of workers near the Gwadar Port, a key CPEC site, that injured a Chinese man and killed three Pakistani children last August.

In June 2020, it carried out an attack on the Karachi-based Pakistan Stock Exchange (PSE) – in which China has 40 percent shareholding – leaving seven people dead and as many injured. The separatist group claimed, in a statement, that "the attack was aimed at undermining the Pakistani economy and Chinese economic interests."

Other terror outfits in Pakistan have also targeted Chinese interests. Last July, a suicide bombing of a passenger bus in northern Pakistan killed 13 people, including nine Chinese officials working on a hydro-power plant. Initially thought to be an accident, it was later labeled an act of terrorism. Although no group has claimed responsibility, suspicion has fallen on Tehreek-e-Taliban Pakistan (TTP), also known as the Pakistani Taliban.

In April 2021, a suicide bomb attack targeted a luxury hotel hosting the Chinese ambassador in Quetta, the provincial capital of Balochistan. The ambassador was unhurt in the attack, for which the TTP claimed responsibility, which took four lives and injured dozens.

A recent paper on Pakistan's counter-terrorism challenges, published by Tabadlab, an Islamabad-based think tank, revealed that after witnessing a significant slump between 2015 and 2020, the frequency and potency of terror attacks in the South Asian country increased substantially in 2021. The spike appeared to be a direct result of the reunification of TTP in August 2020, and an alliance of the Baloch and Sindhi separatist groups against CPEC.

The analytical paper authored by Pakistani researcher Abult Basit gains more relevance in the light of the Karachi suicide attack by BLA. The paper noted that the Baloch separatist groups have repaired their intra-group differences and divisions in recent years, culminating in the formation of an alliance called the Baloch Raji Ajio Sangar (BRAS) in 2018, comprising four insurgent groups including the BLA, the Baloch Liberation Front, the Baloch Republican Army and the Baloch Republican Guard.

And in 2020, BRAS established a trans-provincial alliance against CPEC with a little-known Sindhi separatist group, the Sindhudesh Revolutionary Army (SRA). The BRAS-SRA alliance has provided Sindhi and Baloch separatist groups with a common platform against a new target, aside from the Pakistani government and security institutions – CPEC. In 2020, most of the attacks in Balochistan were concentrated in the Makran region, where CPEC projects are located.

Both Beijing and Islamabad are well aware of the threats emanating from these terrorist and separatist forces and have repeatedly asserted their resolve to fight them jointly. China has assured that the "iron-clad friendship" between the two countries is unbreakable and any attempt to undermine their mutual trust and cooperation and the CPEC projects will never succeed.

Meanwhile, Pakistan must initiate swift action against the terrorists and ensure that they pay a heavy price for their crimes. It also needs to take immediate steps to beef up the security arrangement for Chinese personnel, projects and institutions in Pakistan and shield them from any harm.

Islamabad must not allow iniquitous forces to undermine the great friendship and cooperation between the two nations that define their relationship as one of "iron brothers."