Download
Highest automatic weather station to be set up on Mt. Qomolangma
CGTN 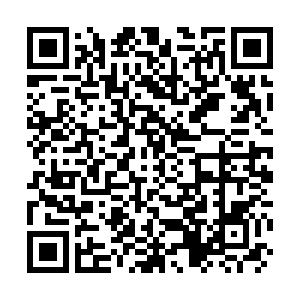 Chinese scientists are mounting efforts to establish a meteorological monitoring station at an altitude of 8,800 meters on Mount Qomolangma, the world's highest peak, on the China-Nepal border.

If the station is established successfully, it will replace the one at an altitude of 8,430 meters set up by the British and U.S. scientists on the south side of the mountain in 2019, to be the world's highest of its kind, according to the Institute of Tibetan Plateau Research (ITP), Chinese Academy of Sciences.

Equipment weighing some 50 kg will be dismantled and distributed to mountaineers, each of whom will carry no more than 7 kg up onto the mountain for the installation, said Zhao Huabiao, a researcher with the ITP.

Currently, the engineers in charge of establishing the station are still waiting for the perfect weather for the climb.

Including the highest, eight elevation gradient meteorological stations will be set up on Mount Qomolangma, one of the main tasks in China's new comprehensive scientific expedition on the world's highest peak at the height of 8,848.86 meters.

The new comprehensive scientific expedition on Mount Qomolangma is part of China's second scientific research survey on the Qinghai-Tibet Plateau, which started in 2017.

Zhao said the Qinghai-Tibet Plateau is facing a warming tendency along with global warming, and the higher the altitude is on the plateau, the more the temperature has risen.

Such a conclusion is only based on the data of weather stations at levels below 5,000 meters and the estimated calculation in accordance with the remote sensing data, because weather monitoring data from high-altitude stations were missing in the past.

The eight stations will collect the wind speed and wind direction data, as well as relative humidity on the north side of Qomolangma, and the elevation gradient meteorological station system is of great significance for monitoring the melting glaciers and mountain snow at the high altitudes, said Zhao.

The expedition team will also set up glacier radar and measure the thickness of snow and ice at the summit of the mountain, he said.