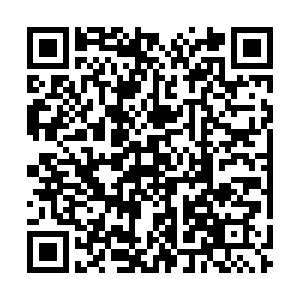 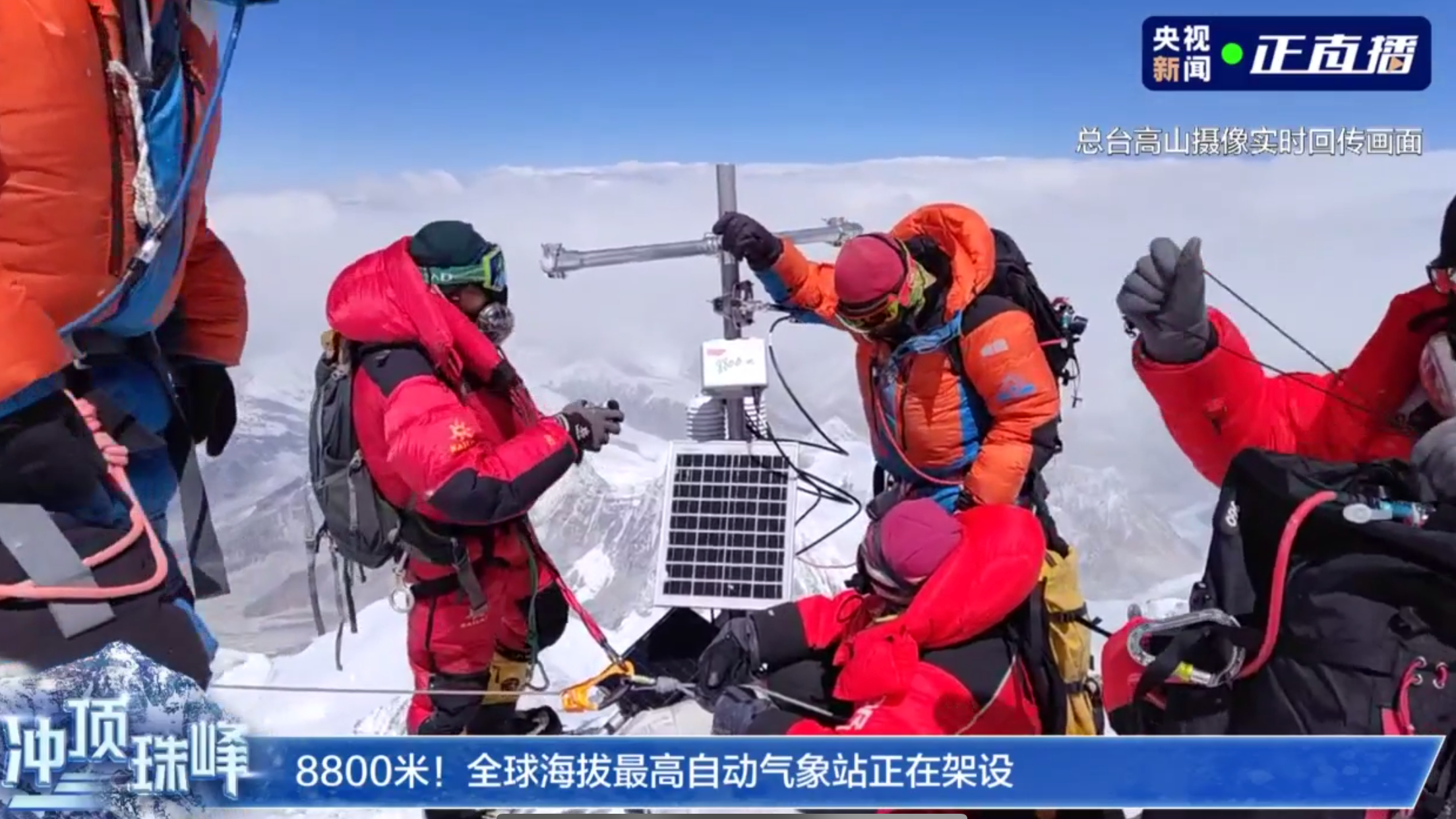 Scientists of the "Earth Summit 2022" expedition team setting up an automated meteorological monitoring station on Mount Qomolangma at 8,830 meters on May 4, 2022. /CMG

Scientists of the "Earth Summit 2022" expedition team setting up an automated meteorological monitoring station on Mount Qomolangma at 8,830 meters on May 4, 2022. /CMG

An expedition team from China set up a meteorological monitoring station on Mount Qomolangma at an altitude of 8,830 meters above sea level on Wednesday and tested it successfully for data transmission.

It is the highest automatic weather station in the world.

Powered by solar panels, the station is designed to last for two years under harsh weather conditions and is equipped with a satellite communications system for data transmission every 12 minutes.

With the highest now fully installed, the eight stations will work together to record temperatures, relative humidity, wind speeds, wind direction, solar radiation and other data on the northern slope of Mount Qomolangma.

Highest automatic weather station to be set up on Mt. Qomolangma 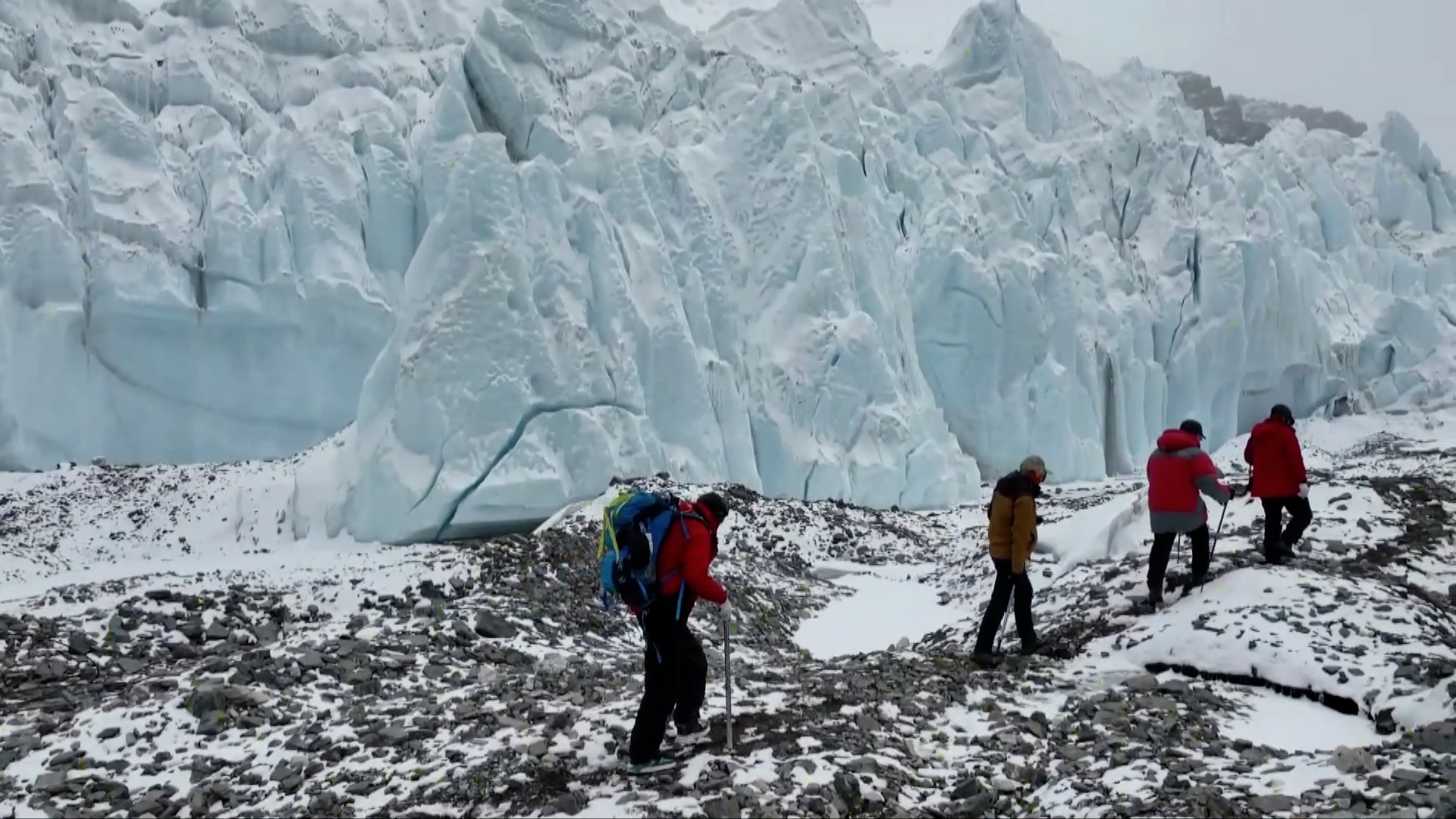 Five surveyors of the expedition team were first to arrive at 8,830 meters to set up the meteorological station at around 12: 30 p.m., a couple of hours later than planned.

The weather on Mount Qomolangma is known to be elusive, and they had only a one-hour window to finish the installation before harsher conditions kicked in.

"Once the wind gets too strong, it will be very dangerous. Our hands and feet would be susceptible to frostbite," the team's lead mountaineer Dechen Ngodrup told CGTN in an interview from the base camp.

Earlier Wednesday morning, a peak climbing team member was experiencing frostbite in his hands and was resting at the camp at 8,300 meters but caught up with the team later.

Most of the peak climbing team are trained climbers.

It is the fifth time Ngodrup has stood atop Mount Qomolangma. He is considered a first-generation mountaineer and plateau scientist, holds a master's degree and is a doctoral candidate at the China University of Geosciences.

"It's an adventure. With every climb we prepare and we plan, we are simply exploring the scientific possibility of the future," he said.