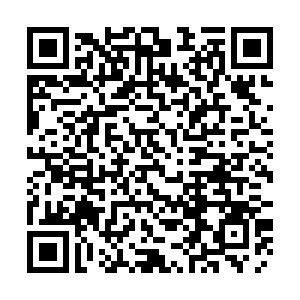 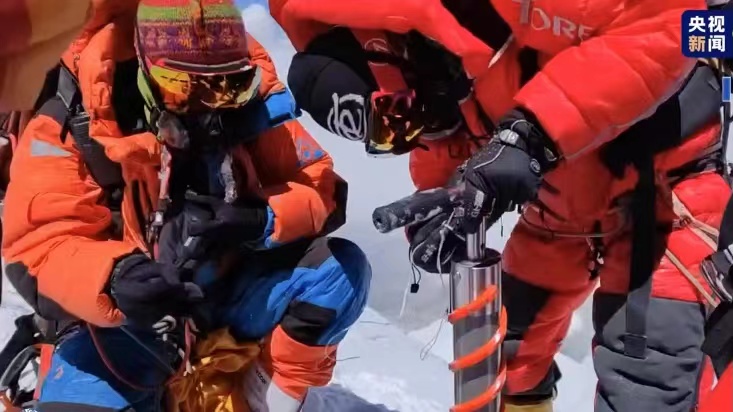 Three major tasks were accomplished on top of the mountain – 8,848.68 meters above sea level.

First, the world's highest automatic meteorological station was installed at an altitude of 8,830 meters at 12:46 p.m. The weather station will obtain data from the surrounding area, filling the gap in the meteorological record of the world's "third pole."

Before reaching the peak of Mount Qomolangma, scientists have collected snow ice and rock samples at the altitude of 5,800 meters and 8,300 meters.

A specially designed light-weight ice drilling equipment is used to extract ice cores on the roof of the world. The drilled ice cores are carefully stored and carried down for scientists to analyze chemical particles, melting history and other biological information of the layers of ice on the mountain.

"We want to know what's inside the snow from the highest altitude on Earth," said Wu Jianguang, researcher at the Institute of Tibetan Plateau Research (ITP), Chinese Academy of Sciences.

Along with the expedition to the summit of the mountain, climbers also monitored their health conditions through wearable devices to track and analyze the human body's adaptation to high altitudes.