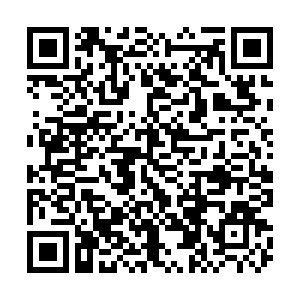 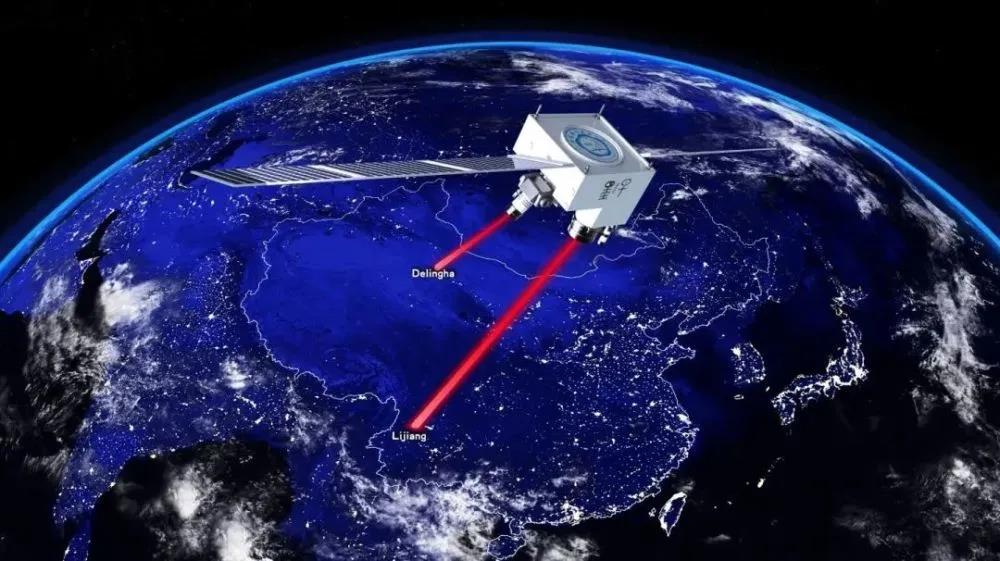 Quantum computing and quantum communication are confusing concepts for most of us, and sound like futuristic technologies that have no impact on our daily lives. However, they're closer than you might think. Powerful computers, communication networks and new tools for processing information have been using quantum technologies for years.

The paper on this successful experiment, co-authored by Pan and his team, was then published in the journal Physical Review Letters on April 26.

Is quantum tech far from us?

Quantum computers could one day solve intractable problems such as identifying new chemical compounds to treat diseases, or be integrated with standard encryption techniques to create a secure network with classical relay points.

A bank account password, for example, could be securely communicated between two devices 90 kilometers away using three 30-kilometer quantum channels connected by two relay points and protected by encryption.

Yet, the most notable aspect is that the cutting-edge technology can spot any eavesdropping attempt during quantum transmission so as to safeguard information at the relay points by classical encryption. 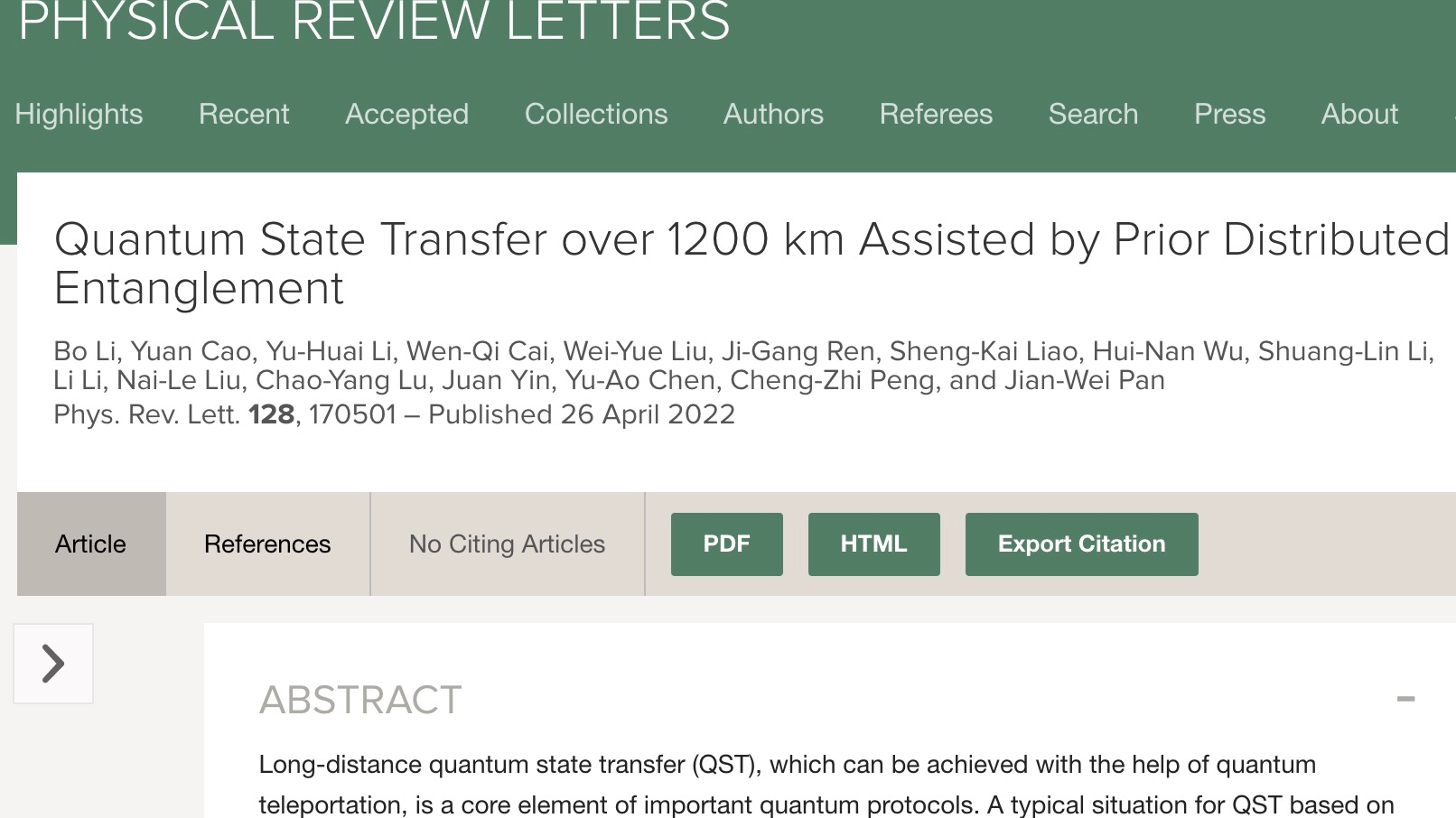 Screenshot of the paper co-authored by Pan Jianwei and his team, April 26, 2022.

Screenshot of the paper co-authored by Pan Jianwei and his team, April 26, 2022.

Being realized by quantum teleportation, the long-distance QST is one of the key approaches for constructing quantum communication networks and essential requirement for realizing multiple quantum information processing tasks. Supported by long-distance quantum entanglement distribution, quantum states can be measured and restructured to achieve long-distance transmission which can be theoretically infinite.

As the distance and quality of quantum entanglement distribution are affected by channel loss, decoherence and other factors, how to break the transmission distance limit has always been one of scientists' biggest concerns. Using satellite-carried entanglement sources to distribute entanglement to two remote places to prepare and restructure quantum states is one of the most feasible ways to achieve so.

Nevertheless, due to the atmospheric turbulence, it is extremely difficult to measure the quantum states based on quantum interference after photons propagate in the atmospheric channel. In previous experiments, producers of QST were all quantum entanglement sources owners, it is impossible to truly use entanglement provided by a third party to realize prior distribution and follow-up transmission of quantum states. 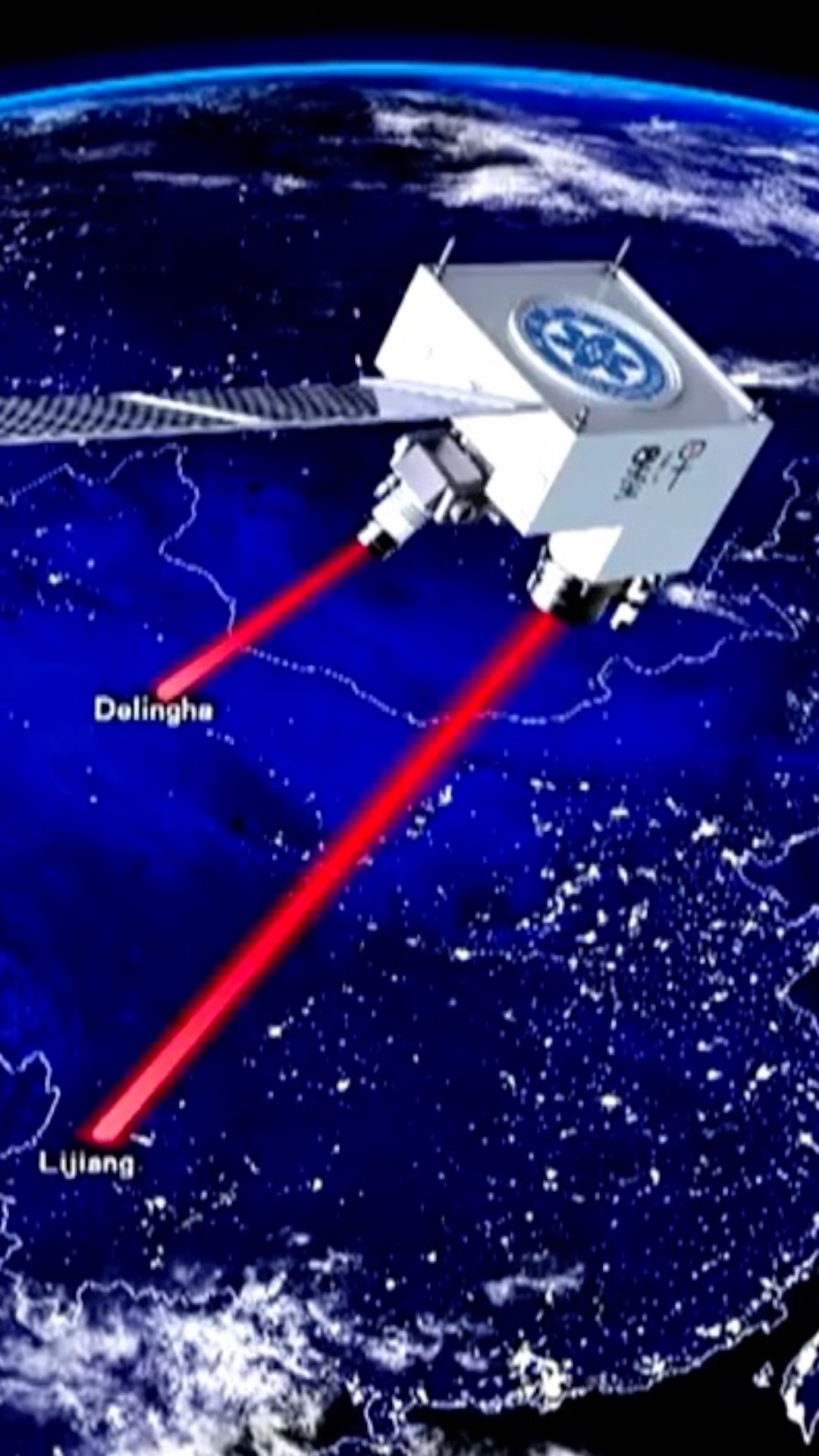 Over the past years, China has made several quantum technological advances including the world's first quantum satellite and optical quantum computing machine prototype, as well as a 2,000-kilometer quantum communication line between the two megacities of Beijing and Shanghai.

On August 16, 2016, China launched the world's first quantum satellite known as the Quantum Experiments at Space Scale (QUESS), nicknamed "Micius" after an ancient Chinese philosopher. Not until then, did the Chinese research team first realize entanglement and distribution between two stations over 1,000 kilometers apart with the Micius platform providing valuable entanglement distribution resources for quantum communication experiments.

With this technological breakthrough, the long distance QST between the Lijiang station in southwest China's Yunnan Province and the Delingha ground station in northwest China's Qinghai Province, which are 1,200 kilometers apart, was finally verified, and the transmission fidelity surpassed the classical limit with a total of six typical quantum states fully verified.