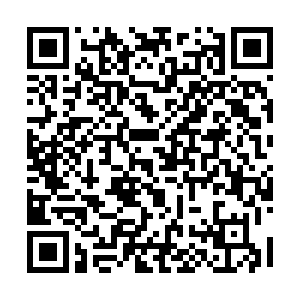 Rising energy prices are testing the resolve of ordinary consumers and business owners across Europe, who are caught between the continent's dependence on cheap Russian energy and its revulsion over the Ukraine crisis.

The new proposal must be approved by all 27 member countries, which will be a battle because some are more dependent on Russian oil than others. Still, oil is easier to replace than natural gas, which is used to generate electricity and power industries.

Hungary is one of countries encountering difficulties in breaking its dependence on Russian energy, given its geopolitical situation. The country gets 85 percent of its gas and more than 60 percent of its oil from Russia.

Since the Ukraine conflict began, many clients have been converting their home heating systems to electricity, uncertain about the future of natural gas, Kritztian Kobela-Piko, a gas fitter and plumber in the Hungarian capital of Budapest, told AP.

Cutting off Russian gas would hit Germany's glass industry. The owner of Heinz-Glas Group Carletta Heinz told AP that she is worried about the impact on glass-making companies near the border between the Thuringia and Bavaria regions, which employ 5,000 people directly and 8,000 others indirectly.

If a gas boycott leads to government-imposed rationing, Heinz said, then Germany must ensure that glassmakers get at least 70 percent of their current energy to keep tanks hot and avoid widespread equipment losses. In case of a dire shortage, EU law requires governments to shut off gas to businesses to spare homes and hospitals.

In a poll of 1,230 random voters published last month by German public broadcaster ZDF, 28 percent said the country should halt natural gas and oil imports immediately, even if it means supply problems, while 54 percent said it should only happen if the supply is largely secured, and 14 percent opposed a ban.

In Italy, struggling residents of one of the country's lowest-income neighborhoods on Milan's periphery line up twice a week to ask for help making ends meet. Increasingly, they come clutching utility bills, AP reported.

Bulgaria, with its current centrist coalition government, is trying to get on a clearer pro-Western path by looking elsewhere for energy, including gas from Azerbaijan or liquefied natural gas (LNG) via a pipeline with Greece.

However, the LNG option will mean higher prices.

(Cover: Sakhalin-1 oil and gas project is located off the coast of Sakhalin Island in the Russian Far East. /CFP)