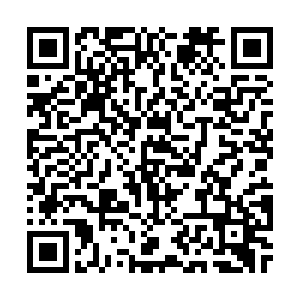 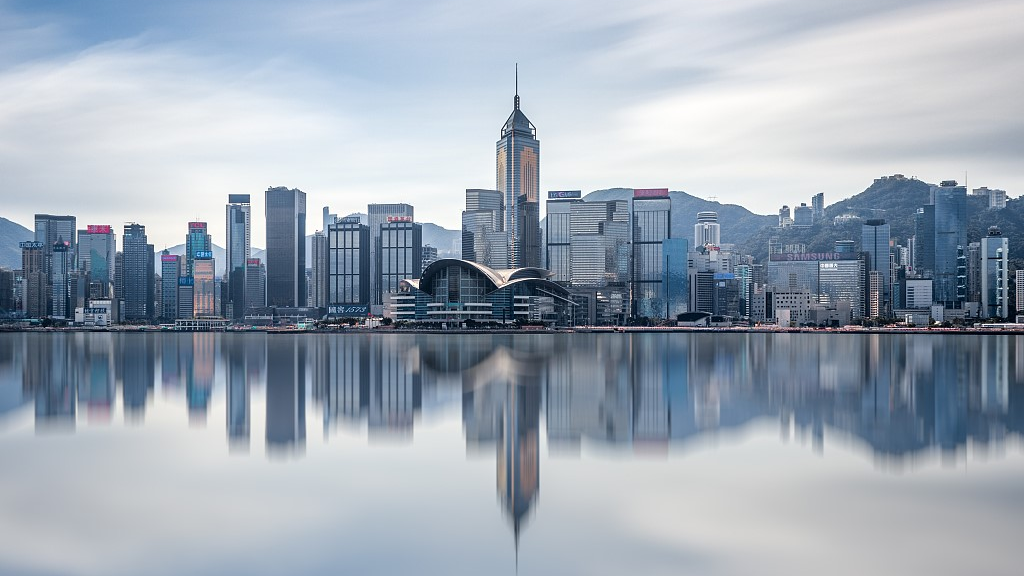 Editor's note: The chief executive election of China's Hong Kong Special Administrative Region (HKSAR) was held on May 8. With all the steps the HKSAR has taken in the field of legislation, fighting corruption and anti-COVID-19, what will the future of Hong Kong be like? We compiled a list of viewpoints from our commentators. The article reflects the authors' views and not necessarily those of CGTN.

The election of the next chief executive (CE) is being held on May 8. With all the effective efforts that the Hong Kong Special Administrative Region (HKSAR) has made in terms of improving legislation, fighting corruption and controlling the COVID-19 pandemic in the past few years, the successful conduct of the election under the improved electoral system will mark yet another milestone in HKSAR's development.

"This would be impossible without the decisive actions from the central authorities in the past two years," Andrew Leung Kwan-yuen, president of the Legislative Council of Hong Kong, said in a recent article.

In addition to the passage of The Law of the People's Republic of China on Safeguarding National Security in the HKSAR by the Standing Committee of the National People's Congress (NPC) on June 30, 2020, which restored governance and social stability in Hong Kong from a state of chaos, the NPC passed the decision on improving the electoral system of the HKSAR on March 11, 2021 to plug loopholes in the former electoral system. It can "ensure faithful implementation of the principle of 'patriots administering Hong Kong'," said Leung.

Leung pointed out that the sound and well-thought-out nomination and validating mechanisms can ensure that the qualifications of the chief executive election candidates are in conformity with the Basic Law and other relevant legal provisions, which is imperative to elect a staunch patriot who remains faithful to safeguarding the constitutional order of the HKSAR as enshrined under the Basic Law and the steadfast and successful implementation of "One Country, Two Systems." This is the cornerstone for the long-term prosperity and stability of Hong Kong.

International and transregional cooperation towards a corruption-free world

As Simon Peh Yun-lu, the Independent Commission Against Corruption (ICAC) Commissioner and president of the International Association of Anti-Corruption Authorities (IAACA), said in another article, fighting corruption is never a race among jurisdictions, nor is it a straightforward task that can be accomplished by an anti-graft agency single-handedly.

According to the Corruption Perceptions Index released in January 2022 by the international anti-corruption watchdog Transparency International, the HKSAR was ranked the 12th cleanest place among 180 countries/territories surveyed and the second in Asia.

The HKSAR has come a long way in the fight against corruption. "Humbled by our past, the ICAC always stands ready to share our experience with overseas counterparts," said Peh. Over the years, the ICAC has organized international anti-corruption conferences and training programs on a regular basis, receiving more than 3,000 officials annually from anti-corruption agencies (ACAs) and international organizations from different jurisdictions. 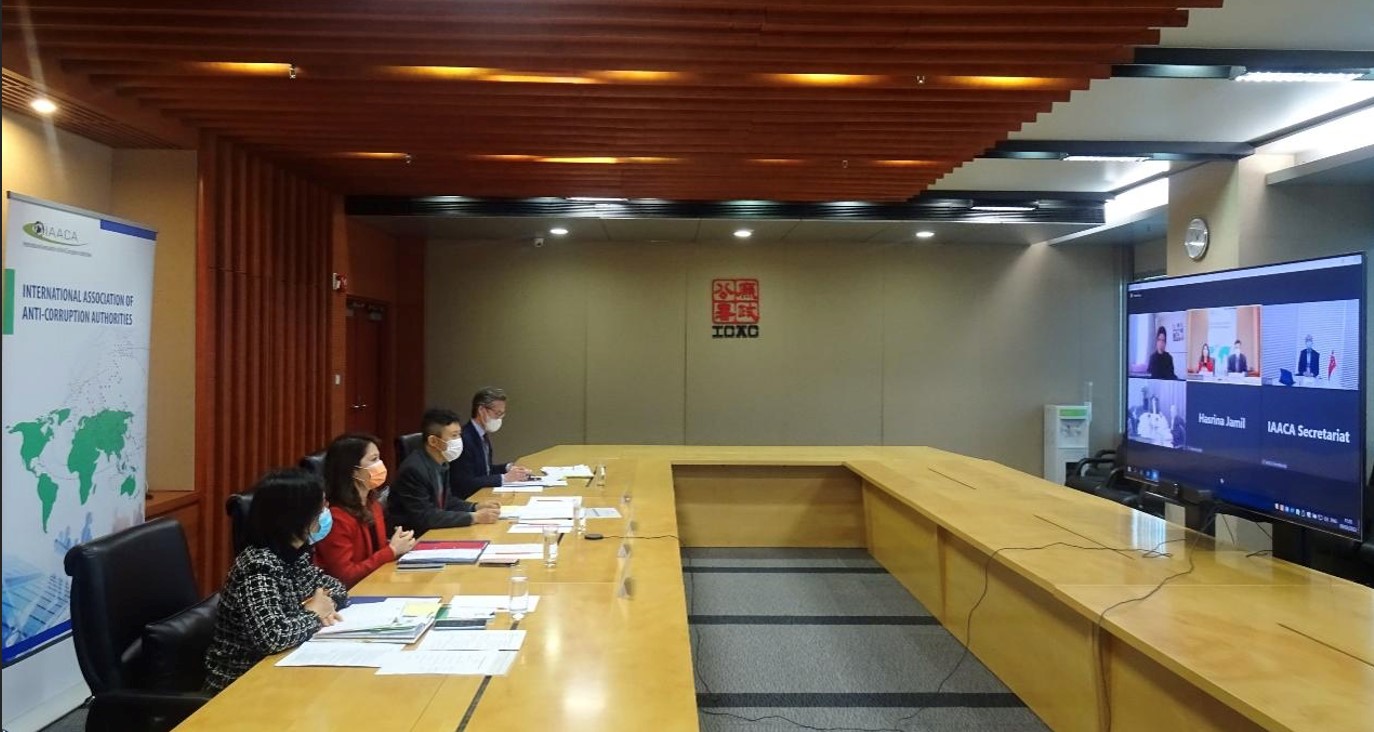 The Chinese central government designated the ICAC as the authority to assist other signatories to the United Nations Convention against Corruption in building up their capacity in combating corruption. Since 2017, the ICAC has connected with over 60 ACAs of countries participating in the Belt and Road Initiative (BRI) for capacity building collaboration and conducted over 30 training programs for over 1,000 graft fighters from fellow ACAs. Because of the tremendous impact caused by the COVID-19 pandemic, the ICAC has switched to a digital platform and delivered 19 online training programs for around 650 graft fighters of overseas jurisdictions in the past 18 months.

Closer at home, the ICAC has joined hands with the Guangdong Provincial Supervisory Commission and Commission Against Corruption (CCAC) of the Macao Special Administrative Region to establish a high-level exchange platform to enhance collaboration and foster closer ties in fighting against graft in the Guangdong-Hong Kong-Macao Greater Bay Area. The three authorities have exchanged views on strengthening anti-corruption collaboration on various fronts, including combating cross-boundary corruption, promoting probity culture and organizing capacity building programs for the ACA's staff.

Hong Kong overcomes epidemic with support from the central government

Until the end of 2021, Hong Kong had successfully overcome four waves of the deadly virus. While the epidemic dealt a severe blow to Hong Kong's economy which contracted by 6.1 percent in 2020, the HKSAR rebounded by 6.4 percent in 2021. However, due to the emergence of the highly transmissible Omicron variant the crisis had once outgrown Hong Kong's existing anti-epidemic capacities during the peak of the fifth wave.

Secondly, several medical advisories and support teams from the Chinese mainland (including experts in epidemiology, critical care medicine and Chinese medicine, etc.) arrived in Hong Kong in batches to provide consultations on various aspects of tackling the epidemic and collaborating with Hong Kong's Hospital Authority to provide prompt treatment for COVID-19 patients.

Additionally, Hong Kong has been working closely with Guangdong and Shenzhen authorities to upgrade the arrangements of land transport, water transport and railway transport so as to ensure stable supplies of goods to Hong Kong.

Now, the situation of the COVID-19 pandemic in Hong Kong has improved significantly. Leung explained that, from last year's experiences, as long as the local epidemic is successfully controlled, the pent-up consumption and investment demand during the epidemic will regain momentum. With the central government's strong support and the community's concerted efforts to fight the virus, Hong Kong will win the battle and enable its economy to get out of the gloom. Hong Kong's real GDP is forecasted to grow by 2 percent to 3.5 percent in 2022.

Looking beyond the short term, the outlook for Hong Kong's future remains positive. The HKSAR will continue to serve as a "super-connector" bridging the Chinese mainland and global markets, a high-value-added services platform, international talent and capital pool, and an internationally preferred place to conduct business. Under its 14th Five-Year Plan, China will continue to promote high-quality growth and deepen its economic reform and opening-up. Moreover, given Hong Kong's unique advantages under "One Country, Two Systems," Hong Kong will maintain its irreplaceable role as a gateway, springboard and intermediary in the cultural and economic exchanges between China and the rest of the world.