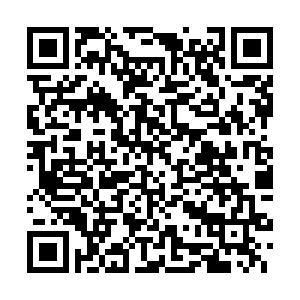 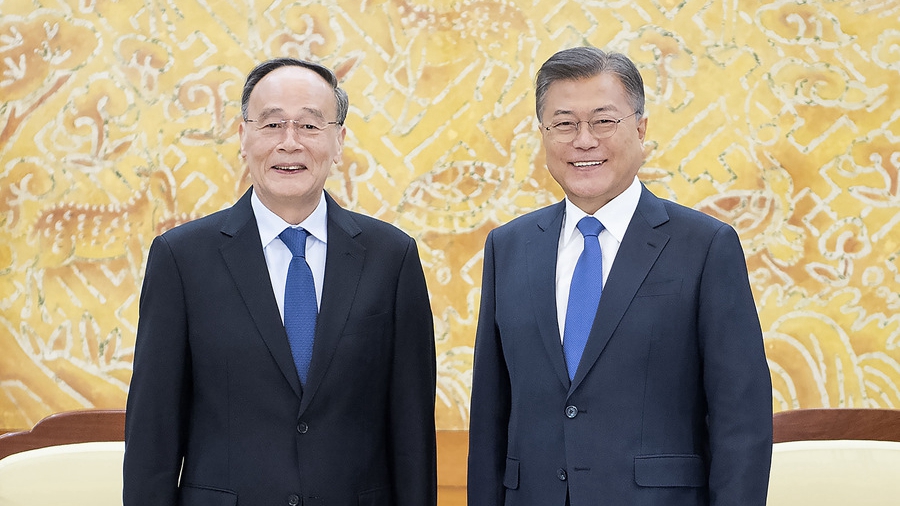 The fundamentals of friendly cooperation between China and the Republic of Korea (ROK) "will not and cannot change" no matter how the international and regional situation changes, Chinese Vice President Wang Qishan said on Monday.

Wang made the remarks when meeting with ROK President Moon Jae-in in Seoul. As the special representative of Chinese President Xi Jinping, Wang is on a visit to the ROK to attend Yoon Suk-yeol's inauguration as the ROK's new president on Tuesday.

Wang said China-ROK relations have achieved important development during the past five years. This year marks the 30th anniversary of the establishment of diplomatic ties between the two countries, he noted, adding that it is also the China-ROK Year of Cultural Exchanges.

Hailing the deep integration of the two economies, he said the economic and trade cooperation between China and the ROK expanded last year amid a sluggish world economy, showing great tenacity and potential.

China and the ROK are always close neighbors and important cooperative partners to each other and share extensive common interests, he stressed. Regardless of changes in the international and regional situation, the fundamentals of bilateral friendly cooperation "will not and cannot change," he said, calling it an important lesson drawn from the history of China-ROK ties.

China stands ready to make joint efforts with the ROK to promote further the development of their strategic cooperative partnership to better benefit people in both countries, he said.

China appreciates efforts made by the ROK to improve relations with the Democratic People's Republic of Korea (DPRK), he said, hailing Seoul's contributions to facilitating a political settlement to the Korean Peninsula issue. China is willing to enhance communication and coordination with the ROK and jointly strive for denuclearization and lasting peace on the peninsula, he said.

For his part, Moon said the meeting was his last major diplomatic activity as president. The ROK and China have overcome difficulties and achieved development in their relationship during the past five years, he said, expressing hope that the new administration will sustain the momentum.

The ROK highly appreciates China's constructive role in peninsula affairs and is ready to work with China to strengthen communication further, expand cooperation and enhance mutual understanding between the peoples of the two countries, he said.