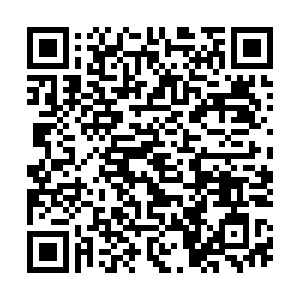 Chinese President Xi Jinping on Tuesday called for vigilance to prevent the Russia-Ukraine conflict from escalating into confrontation between blocs, which he said would pose greater and more persistent threats to global security and stability.

Xi made the remarks in a phone conversation with French President Emmanuel Macron. The two leaders agreed that relevant parties should support Russia and Ukraine to restore peace through negotiations.

China has been encouraging peace talks in its own way, Xi said, adding that China supports European countries in keeping the security of Europe in their own hands.

Macron said France and China share many common understandings on the Ukraine issue. France is willing to conduct closer coordination and cooperation with China on bilateral and multilateral levels, he said.

France and the European Union adhere to strategic autonomy, disapprove of bloc confrontation and will not take part in it, he stressed.

Xi said cooperation between the two countries achieved fruitful results during the past five years. China and France shouldered their responsibilities as major countries on issues such as tackling climate change and protecting biodiversity, he added.

The two countries should uphold the original aspiration of the establishment of the diplomatic relations featuring "independence, mutual understanding, foresight, mutual benefit and win-win outcomes," respect each other's core interests and major concerns, and engage in close coordination and cooperation on bilateral, China-EU and global levels, he said.

With Macron sworn in for his second five-year term as French president on Saturday, Xi called on the two sides continue to conduct cooperation in civil nuclear energy and aerospace and aviation, and intensify efforts to promote cooperation in emerging fields such as artificial intelligence and clean energy.

China is willing to import more high-quality French products and welcomes French financial and hi-tech companies to do business in China, Xi said. He called on France to provide fair, just and non-discriminatory business environment to Chinese companies investing in France.

China and France should practice true multilateralism, uphold international system with the United Nations at its core and the international order underpinned by international law, support world multipolarity and economic globalization, and deepen cooperation in areas such as tackling climate change and protecting biodiversity, he said.

The stable and health development of China-EU relations is in the interest of people in China, the EU and countries across the world, he said.

China appreciates France's adherence to strategic autonomy, he said. China hopes that France can encourage the EU to stick to the right perception of China, meet the country halfway, and properly manage their differences, the Chinese President said. He called for efforts to deepen China-EU exchanges and cooperation in economy and trade, green development, digital technologies and cultural affairs on the basis of common interests.

He called on France, which holds the rotating presidency of the EU, to play a positive role in promoting the healthy development of China-EU relations.

Macron hailed the fruitful cooperation between France and China during the past five years. France is ready to deepen cooperation with China in fields such as agriculture, aviation, civil nuclear energy and culture in the next five years, while enhancing cooperation to fight climate change and protect biodiversity, he said.

France is willing to play a positive role in boosting the development of EU-China ties, the French president added.