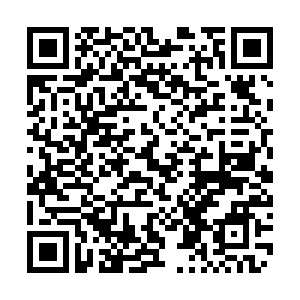 The Chinese Foreign Ministry on Monday criticized the U.S. for signing a bill related to Taiwan region, saying it violates the U.S. commitment to the one-China principle.

U.S. President Joe Biden on Friday signed a bill that "directs the Secretary of State to develop a strategy to regain observer status for Taiwan in the World Health Organization (WHO)."

Chinese Foreign Ministry spokesperson Zhao Lijian told reporters that the bill is a grave violation of the one-China principle, the three China-U.S. joint communiques, and a gross interference in China's internal affairs.

The U.S. side has insisted on signing it into law, and China expresses its strong dissatisfaction and resolute opposition, Zhao said.

It must follow the one-China principle for China's Taiwan region to take part in events organized by the WHO, Zhao stressed.

The Chinese side urges the U.S. not to exploit the bill to help Taiwan region expand the so-called "international space," said Zhao.

"Otherwise, China-U.S. relations and peace and stability in the Taiwan Straits will be further undermined."

The annual meeting of World Health Assembly (WHA), the decision-making body of the WHO, will start from May 22.

Before 2016, Taiwan region was able to participate in the WHA under a special arrangement made through cross-Strait consultations on the basis of the 1992 Consensus that embodies the one-China principle upheld by both sides of the Taiwan Straits.

However, since 2016, the Democratic Progressive Party (DPP) on the island has refused to recognize the 1992 Consensus and has been pivoting away from the one-China principle in pursuit of its secessionist agenda. The mainland has said those moves have damaged the political basis for Taiwan region's involvement in WHO activities.

On Monday, Zhao said the Chinese central government attaches great importance to the health and well-being of the compatriots in Taiwan, and has made appropriate arrangements for its participation in global health affairs in accordance with the one-China principle.