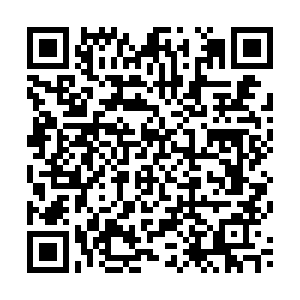 The Chinese Foreign Ministry on Tuesday slammed the United States for distorting facts over the Taiwan region, urging it to honor its commitment to the one-China principle.

It is reported that the U.S. State Department deleted the wordings that "Taiwan is part of China" and that "the U.S. does not support Taiwan independence" in an updated version of a document on its website on May 5.

Chinese Foreign Ministry spokesperson Zhao Lijian told a regular press briefing in Beijing that the latest trick by the U.S. side aims at hollowing out the one-China principle.

Such acts of political manipulation that attempt to change the status quo in the Taiwan Straits will get those playing with fire burnt, Zhao said.

"History cannot be falsified. Facts cannot be denied. And the right and the wrong cannot be distorted," he said.

At the briefing, the spokesperson also reiterated that there is only one China in the world, that the Taiwan region is an inalienable part of the Chinese territory, and that the government of the People's Republic of China is the sole legal government representing the whole of China.

"This is an overwhelming consensus of the international community and a widely recognized norm governing international relations," said Zhao.

The Taiwan Affairs Office of the State Council also slammed the U.S. for distorting facts over Taiwan region on Wednesday.

"We urge the U.S. to take concrete actions to abide by the one-China principle and the three China-U.S. joint communiques," said Zhu Fenglian, a spokesperson for the office, during a press conference.

During a virtual meeting with Chinese President Xi Jinping in November, U.S. President Joe Biden reaffirmed that the U.S. does not support "Taiwan independence."

The U.S. side should follow up the president's remarks with action, and stop seeking to use Taiwan to contain China, said the Chinese spokesperson.

On the Taiwan question, the U.S. insists on playing with fire