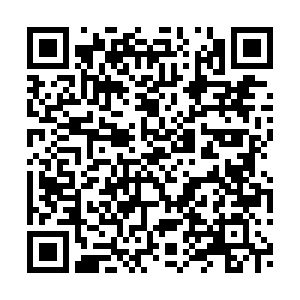 China on Thursday rejected the United States' call for inviting the Taiwan region to the upcoming annual meeting of the World Health Organization (WHO), dismissing it as another attempt of playing the "Taiwan card."

In a statement, U.S. Secretary of State Antony Blinken said on Wednesday that they "strongly advocate" for the WHO to invite Taiwan to participate in the World Health Assembly (WHA) that will commence on May 22 as an "observer".

Chinese Foreign Ministry spokesperson Zhao Lijian told reporters at a regular briefing that the Taiwan region's participation in the activities of international organizations, including the WHO, must be handled in accordance with the one-China principle.

"There is but one China in the world and Taiwan is an inalienable part of China's territory," Zhao said.

The Chinese Central Government attaches great importance to the health and well-being of the compatriots in the Taiwan region, and has made proper arrangement for Taiwan's participation in global health affairs on the precondition of following the one-China principle, he added.

"The channels for Taiwan to obtain information and participate in the international COVID-19 response are unimpeded," said Zhao.

The Chinese spokesperson urged the U.S. to abide by its commitment to the one-China principle and three joint China-U.S. communiques, and stop exploiting the WHA to play up Taiwan-related issues.

"Any attempt to play the 'Taiwan card' to contain China will be firmly rejected by the overwhelming majority of members of the international community and is doomed to fail," added Zhao.

Before 2016, the Taiwan region was able to participate in the WHA under a special arrangement made through cross-Strait consultations on the basis of the 1992 Consensus that embodies the one-China principle upheld by both sides of the Taiwan Straits.

However, since 2016, the Democratic Progressive Party (DPP) on the island has refused to recognize the 1992 Consensus and has been pivoting away from the one-China principle in pursuit of its secessionist agenda. The mainland has said those moves have damaged the political basis for the Taiwan region's involvement in WHO activities.