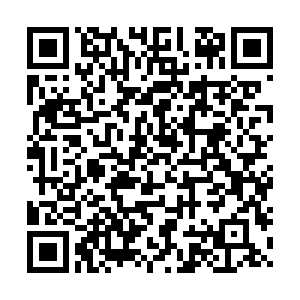 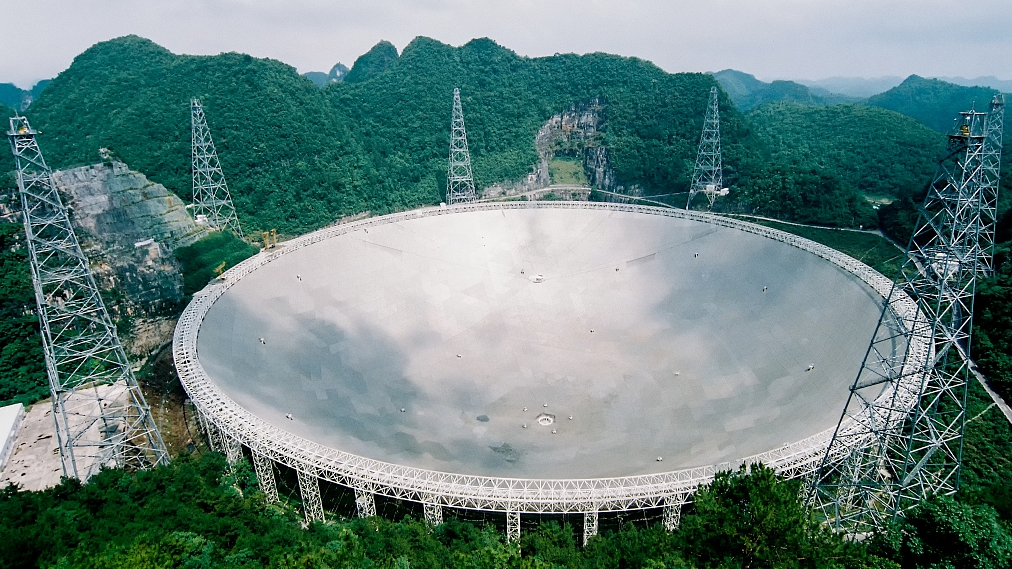 Chinese researchers, for the first time, used the Five-hundred-meter Aperture Spherical Radio Telescope (FAST), the world's largest single-dish and most sensitive radio telescope developed by China, to detect the extreme turbulence of plasma in the dense binary system, providing new clues to the eclipse mechanism of the "Black Widow" pulsars (BWPs), the Science and Technology Daily reported on Monday.

The study, led by researchers from China and the Western Sydney University, was published in the monthly journal of the Royal Astronomical Society, a professional academic journal of international astronomy. 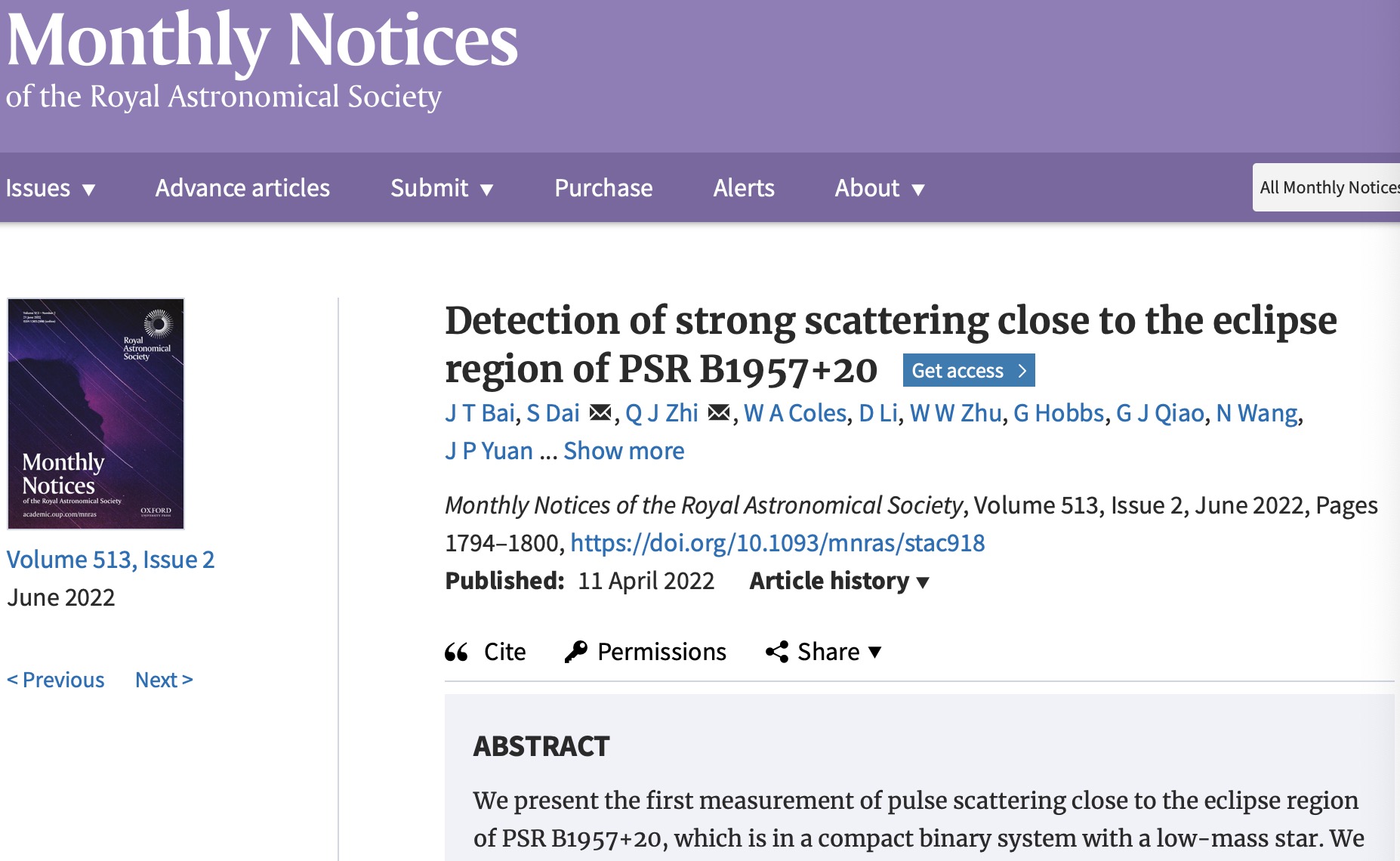 Screenshot of the published paper.

Screenshot of the published paper.

What are 'Black Widow' pulsars?

Millisecond pulsars are categorized as fast-spinning neutron stars and their rotation period lasts only for a few milliseconds.

Zhi Qijun, dean of the Physics and Electronics School of Science of Guizhou Normal University, also director of the Guizhou Provincial Key Laboratory of Radio Astronomy Data Processing, said, "many BWPs have been observed with mysterious radio signal eclipses, which are generally thought to be caused by orbiting plasmas that interfere with the propagation of radio radiation."

Nonetheless, the nature of this plasma is still unclear, Zhi added, noting that the lack of clarity is mainly due to the previous installed radio telescopes, especially those in the mid- and high-frequency bands, which lack sensitivity. 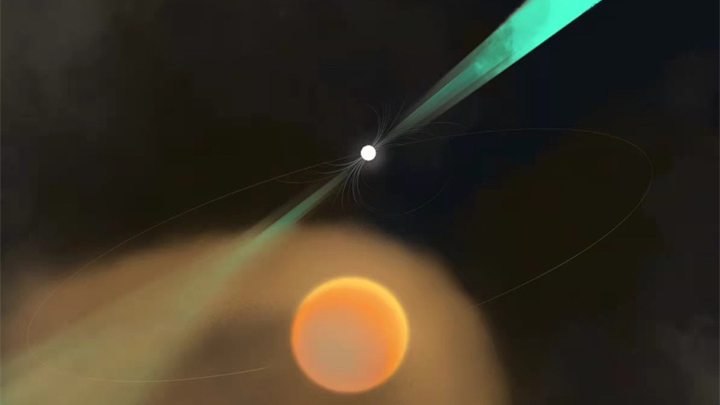 An illustration image of the B1957+20 binary system as the cyan beam being the radio emission of the pulsar propagating through the extremely turbulent plasma surrounding the low-mass companion star. /Guizhou Daily

An illustration image of the B1957+20 binary system as the cyan beam being the radio emission of the pulsar propagating through the extremely turbulent plasma surrounding the low-mass companion star. /Guizhou Daily

Thanks to FAST's ultra-high sensitivity, researchers finally detected the scattering of radio pulses near the occultation region of the BWPs B1957+20 for the first time.

The deeper they detected into the eclipse center, the wider and stronger the radio pulse profile radiated by the pulsar became, with a maximum rotation period of 0.2 milliseconds. 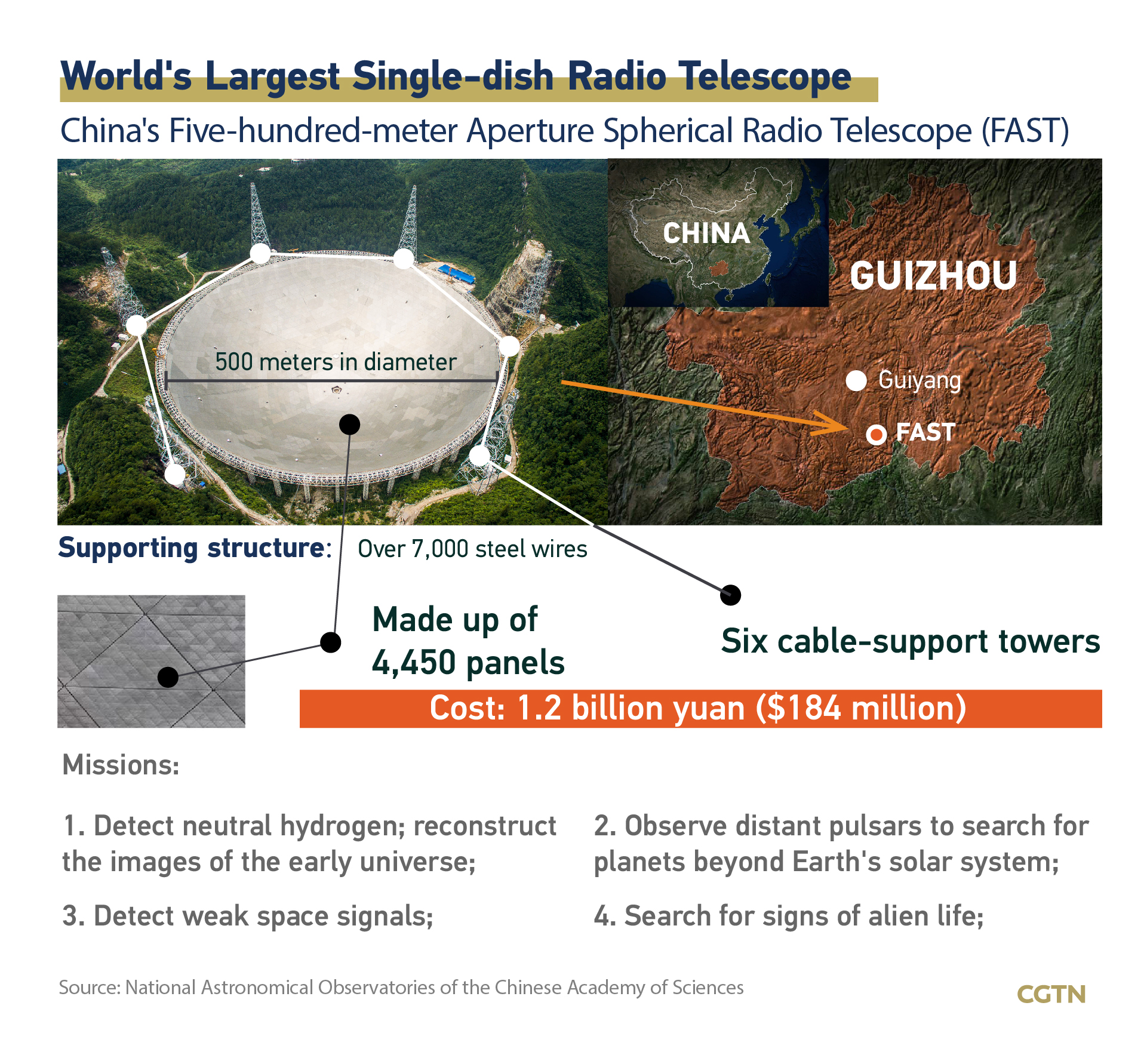 In addition, researchers also stated that these findings will have important implications for the origin of the pulse broadening observed in fast radio bursts (FRBs).