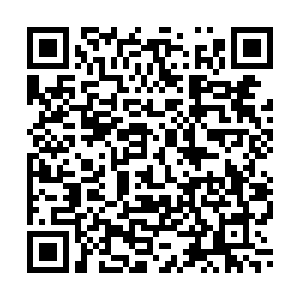 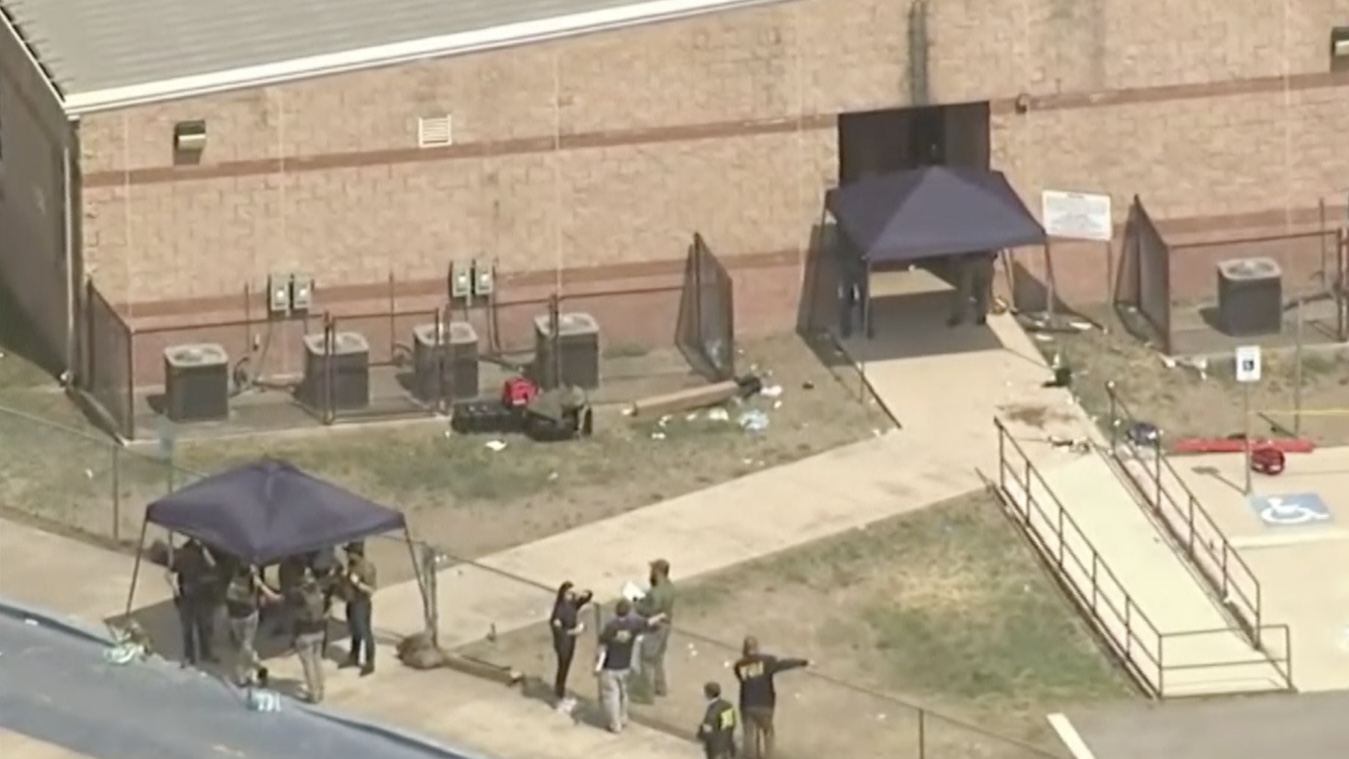 An 18-year-old gunman opened fire Tuesday at a Texas elementary school, killing at least 19 children and a teacher as he went from classroom to classroom, officials said. The attacker was killed by law enforcement.

The attack in Uvalde – a small Texan community about an hour from the Mexican border – is the latest in a spree of deadly shootings in the United States, where widespread horror at gun violence has failed to spur action to head off future killings.

It is the deadliest such incident since 14 high school students and three adult staff were killed in Parkland, Florida in 2018, and the worst at an elementary school since the 2012 Sandy Hook shooting in Connecticut, in which 20 children and six staff were killed.

The school, which teaches more than 500, mostly Hispanic and economically disadvantaged students from second through fourth grade, called on parents not to pick up their children until all were accounted for. 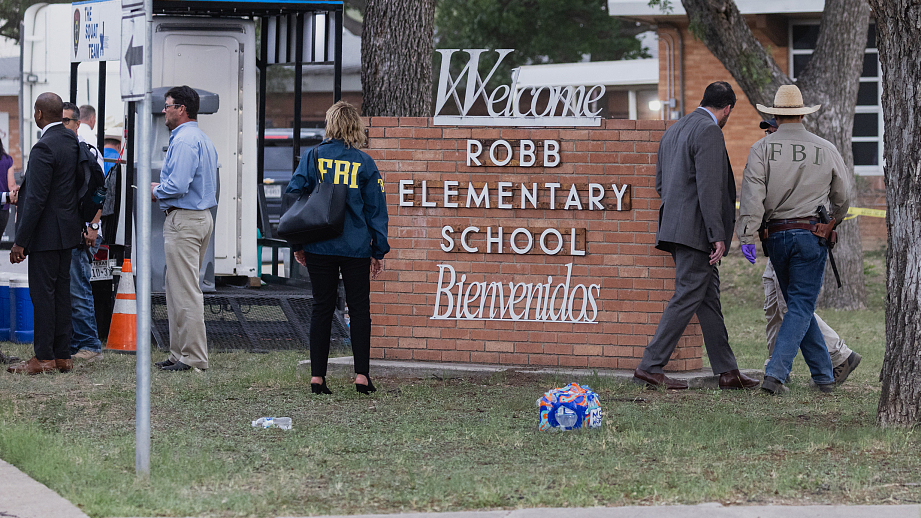 Law enforcement officers at the scene after a mass shooting at Robb Elementary School in Uvalde, Texas, U.S., May 24, 2022. /CFP

Law enforcement officers at the scene after a mass shooting at Robb Elementary School in Uvalde, Texas, U.S., May 24, 2022. /CFP

The deadly violence in Texas follows a series of mass shootings in the United States this month.

Wearing heavy body armor and wielding an AR-15 rifle, the self-declared white supremacist allegedly livestreamed his attack, having reportedly targeted the store because of the large surrounding African American population.

The following day, a man blocked the door of a church in Laguna Woods, California and opened fire on its Taiwanese-American congregation, killing one person and injuring five.

As of May 16, around 7,000 people died from gun homicides or accidental shootings in the U.S. in 2022, according to data from research group Gun Violence Archive (GVA), which views an incident to be a mass shooting if four or more people are shot, wounded or killed, excluding the gunman.

The United States suffered 19,350 firearm homicides in 2020, up nearly 35 percent compared to 2019, the Centers for Disease Control and Prevention (CDC) said in its latest data. 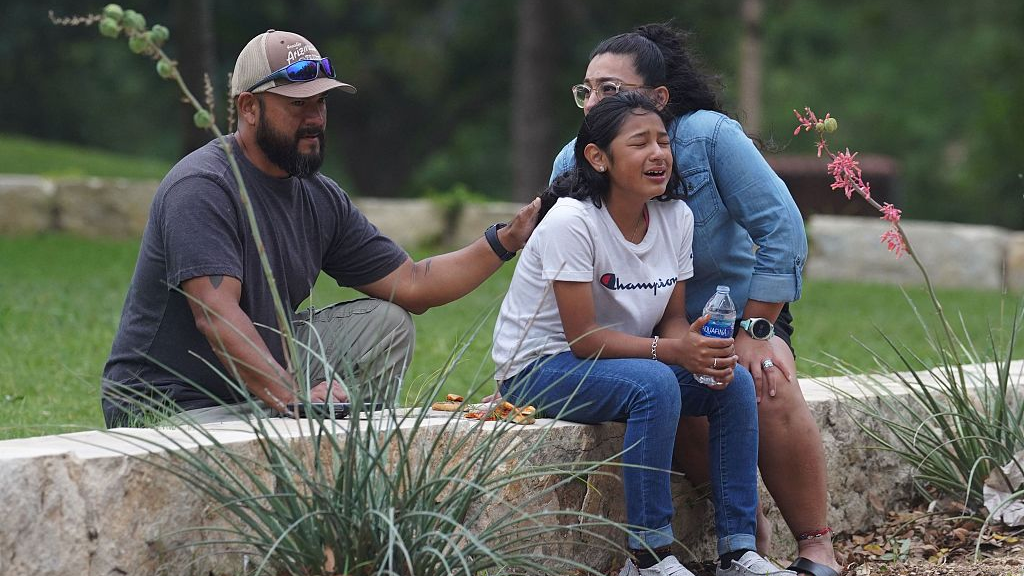 A girl cries outside the Willie de Leon Civic Center where grief counseling is being offered in Uvalde, Texas, U.S., May 24, 2022. /CFP

A girl cries outside the Willie de Leon Civic Center where grief counseling is being offered in Uvalde, Texas, U.S., May 24, 2022. /CFP

"Enough is enough," said Vice President Kamala Harris in the wake of the tragedy. "We have to have the courage to take action."

Ted Cruz, a pro-gun rights Republican senator from Texas, tweeted that he and his wife were "lifting up in prayer the children and families in the horrific shooting in Uvalde."

But Senator Chris Murphy, a Democrat from Connecticut, made an impassioned appeal for concrete action to prevent further violence.

"I'm here on this floor to beg, to literally get down on my hands and knees and beg my colleagues: Find a path forward here. Work with us to find a way to pass laws that make this less likely." 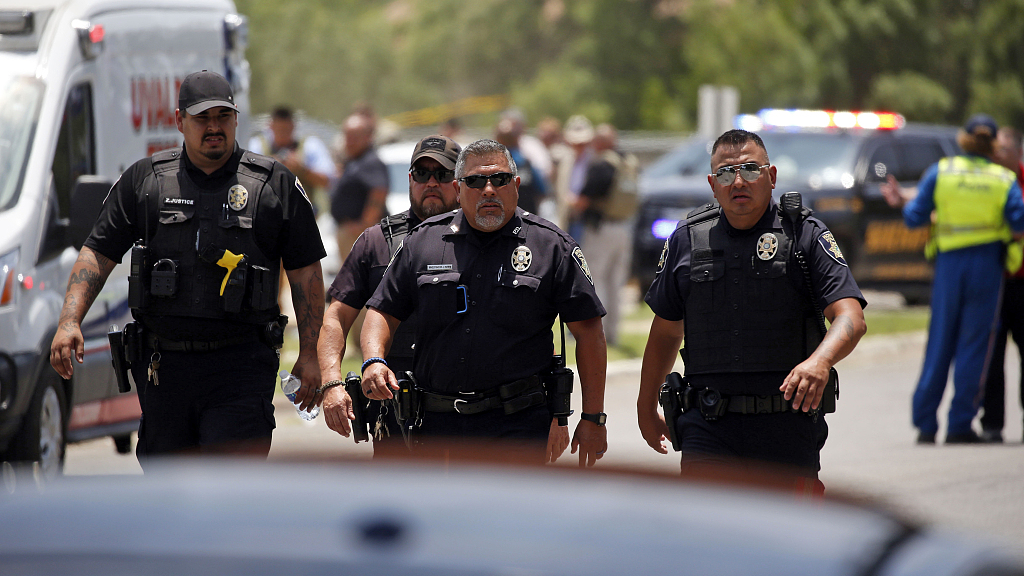 Despite recurring mass-casualty shootings, multiple initiatives to reform gun regulations have failed in the U.S. Congress, leaving states and local councils to enact their own restrictions.

According to a report released by the Bureau of Alcohol, Tobacco, Firearms and Explosives (ATF) on May 17, the first comprehensive federal tally of gun commerce in two decades, the annual number of firearms manufactured in the U.S. has nearly tripled since 2000, spiking sharply in the past three years.

The findings "painted a vivid statistical portrait of a nation arming itself to the teeth. Buyers capitalized on the loosening of gun restrictions by the Supreme Court, Congress and Republican-controlled state legislatures," The New York Times reported on the same day.

The National Rifle Association has been instrumental in fighting against stricter U.S. gun laws. Abbott and Cruz are listed as speakers at a forum that is being held by the powerful lobby in Houston, Texas later this week.