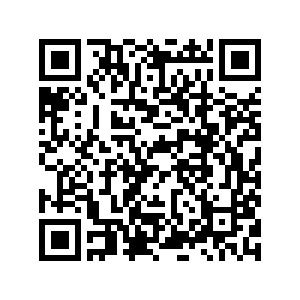 The basic tone of the relationship between China and the European Union is friendship, and cooperation is the mainstream, Chinese State Councilor and Foreign Minister Wang Yi said on Thursday, adding that the two sides are partners rather than rivals.

Wang made the remarks in a phone conversation with new French European and Foreign Affairs Minister Catherine Colonna, who assumed office last week.

China and the EU should respect each other, deepen mutual understanding, and engage in frank and in-depth communication, Wang said, calling for efforts to avoid "microphone diplomacy."

China firmly supports European integration and supports France, which holds the rotating presidency of the EU, in promoting the strategic autonomy of Europe, he said.

France is a major country with global influence and always adheres to an independent foreign policy, Wang said. Facing changes unseen in a century, it is necessary for China and France to deepen strategic coordination, he added.

The call took place two weeks after a phone conversation between Chinese President Xi Jinping and his French counterpart Emmanuel Macron, as the French president began his second term.

Wang said Xi and Macron have forged firm mutual trust and friendship and maintained close communication, adding that the two leaders have provided strategic guidance for the two countries to jointly address global challenges and brought stability to a volatile world.

In their recent phone call, the two heads of state reaffirmed a commitment to the China-France comprehensive strategic partnership and mutual respect for each other's core interests, Wang said, calling for joint efforts to implement the consensus.

Colonna described China as an "important partner and friend" of France, adding that France is committed to enhancing its friendship with China and willing to maintain high-level exchanges.

France stands ready to deepen practical cooperation with China in a broad range of fields and bring the bilateral comprehensive strategic partnership to a new level as the two countries prepare to celebrate the 60th anniversary of diplomatic relations in 2024, she said.

The two sides agreed to work together to maintain the positive momentum in global efforts to fight climate change and protect biodiversity.

Commenting on the Ukraine issue, Wang said the situation has reached a new crossroads. On the one hand, the Russia-Ukraine conflict is showing a trend of dragging on with rising complexity; on the other hand, the call for peace is intensifying and efforts to promote peace talks are increasing, he said.

The most pressing issue at the moment is that relevant parties should work together to promote peace talks rather than adding fuel to the fire, he stressed.

China is pleased to see France play a mediating role on the Ukraine issue and will continue to play a constructive role in its own way, he said.

Colonna said France is committed to realizing lasting peace and agrees that relevant parties should play constructive roles under the current circumstances.