Download
Children: From 'saplings' to 'forest' for Chinese nation
CGTN 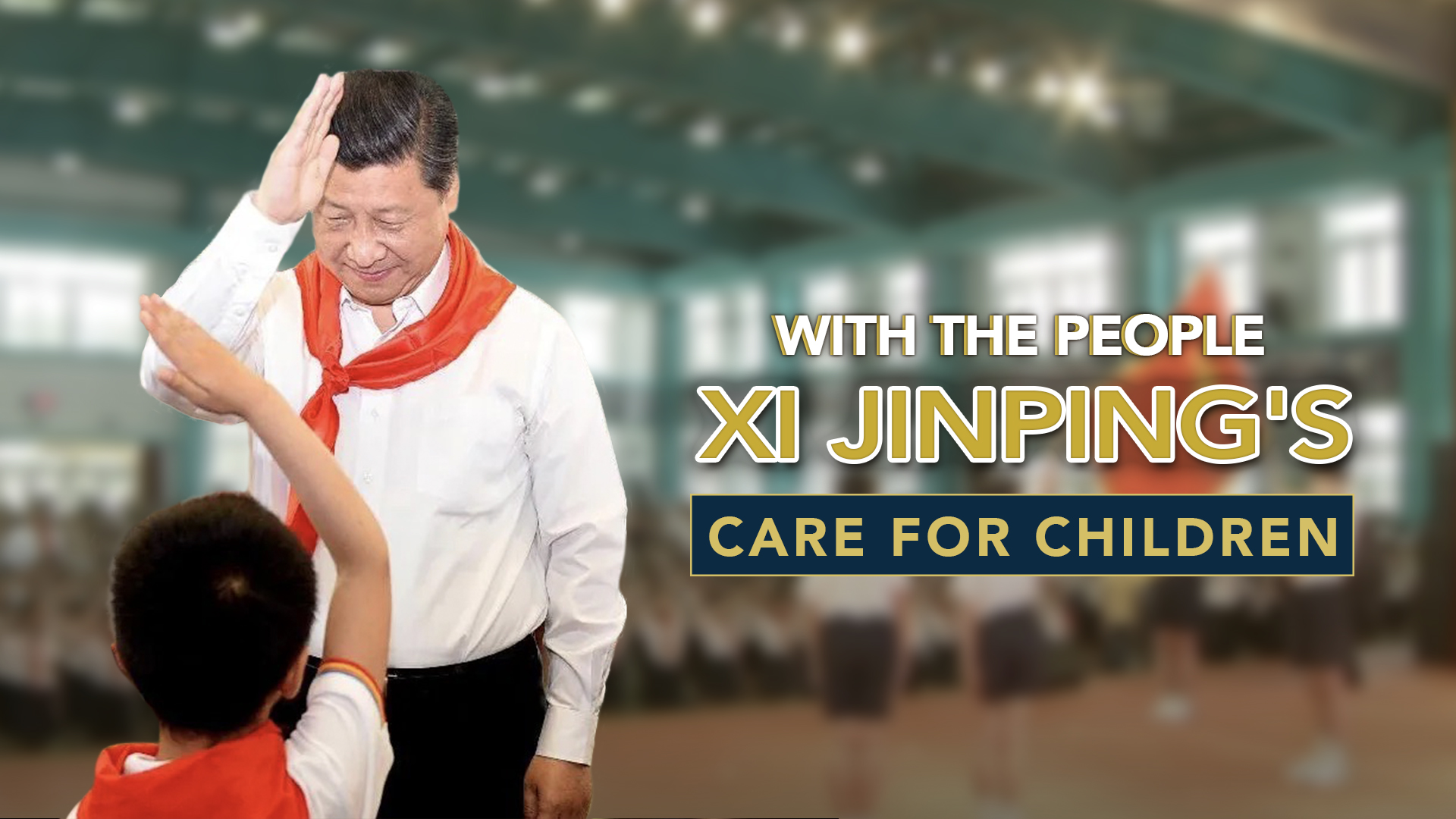 Children are highly valued in the Chinese culture and viewed as the future of a family. Furthermore, their growth is vital for the future of China, a nation determined to achieve rejuvenation.

International Children's Day, which falls on June 1, is celebrated across China every year. Chinese President Xi Jinping on Tuesday stressed efforts to promote the healthy and all-round development of children and extended festive greetings to children across the country.

Two months ago, Xi compared children to "saplings" when attending a tree-planting activity in Beijing, encouraging them to contribute to the country's development.

"You are like saplings," he said. "You will eventually grow into towering trees in the future and form a forest for the Chinese nation, a forest of talents."

Underscoring China's goal to build a great modern socialist country with Chinese characteristics by the middle of the century, he said, "You have 30 years to go. Now you are 10 years old, and you will be 40 at that time. You will become the pillars of the country." 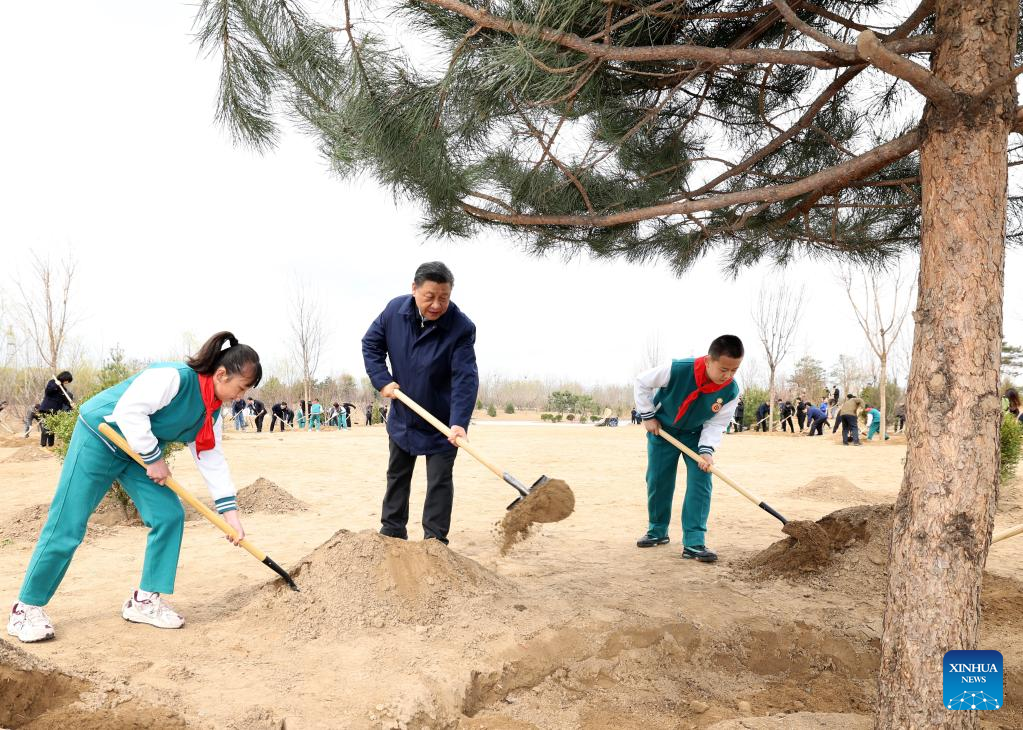 Xi loves children and always encourages them to chase their dreams.

"A better life for children is our biggest wish," Xi said when taking part in an event ahead of International Children's Day in 2013.

Celebrating the festival in 2014 with students at a primary school, he said children are the future of the country and the hope of the Chinese nation.

"Heroes are cultivated from a young age. The waves behind drive on those ahead. I hope you live with dreams and aspirations," he told the students.

In May 2013, Xi visited a school in Lushan County of Ya'an City, southwest China's Sichuan Province, weeks after a magnitude-7.0 earthquake struck the area. In a prefabricated classroom, he attended a class meeting with pupils and encouraged them to work hard in chasing their dreams.

Nine years later, a former pupil who was in the classroom recalled Xi's words.

"I was sitting in the front row when Grandpa Xi was standing in front of the class. With a smile, he asked what our dreams were," said Luo Yunfang. "I remember my answer was to work as an editor because I love writing. Grandpa Xi was very pleased. He praised us for our imagination."

Luo, now a student at Chengdu University of Technology, said she is making her dream come true.

"I joined the media center of our school and have written a lot of articles. I'm kind of living my dream bit by bit," she said. 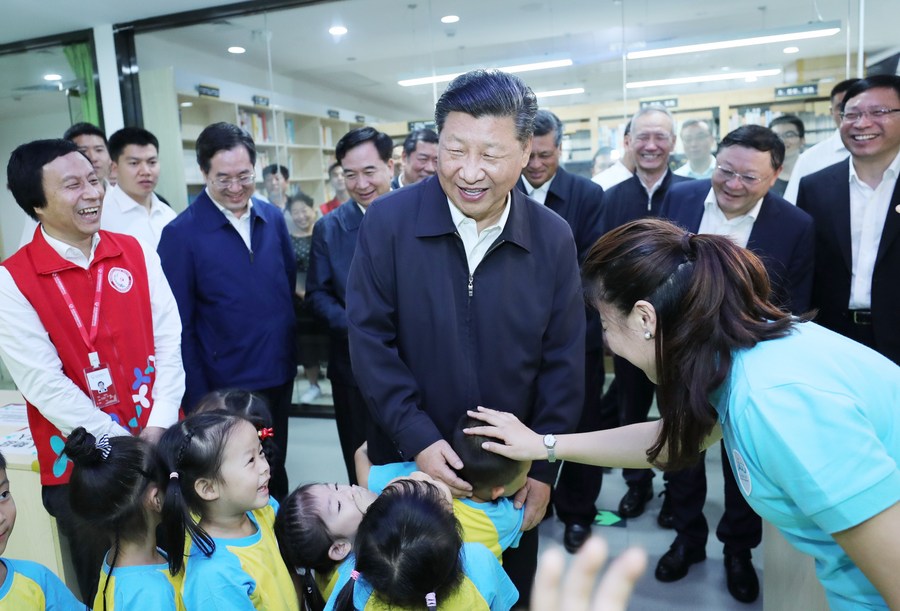 Since the founding of the People's Republic of China in 1949, governments at all levels have been providing unprecedented care to children and youth, from ensuring equal access to education and sending teachers to impoverished mountain villages to investing to upgrade facilities in rural areas.

The country has put in place a legal system of more than 100 laws and regulations that comprehensively protect the rights and interests of women and children, according to a white paper released in June last year by the State Council Information Office.

Several laws and regulations have been newly drafted or amended over the past decade to further strengthen the protection of the rights and interests of minors. Two major moves are a revision to the minor protection law, which came into effect on June 1, 2021, and the Law on Family Education Promotion implemented on January 1, 2022. 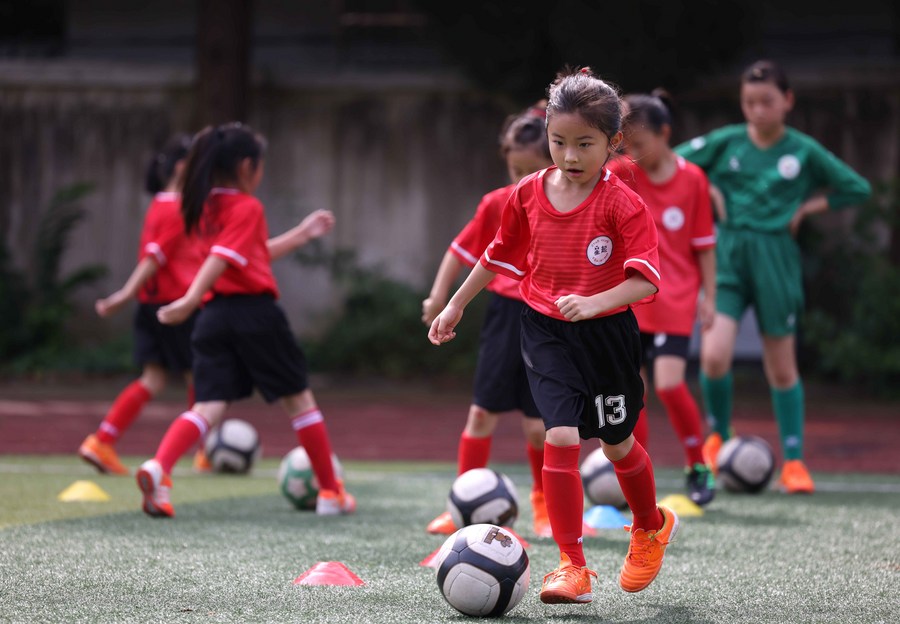 Meanwhile, China is stepping up efforts to reduce the excessive workloads of students to promote healthy and all-round development.