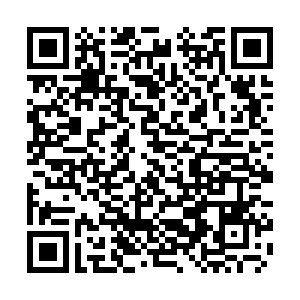 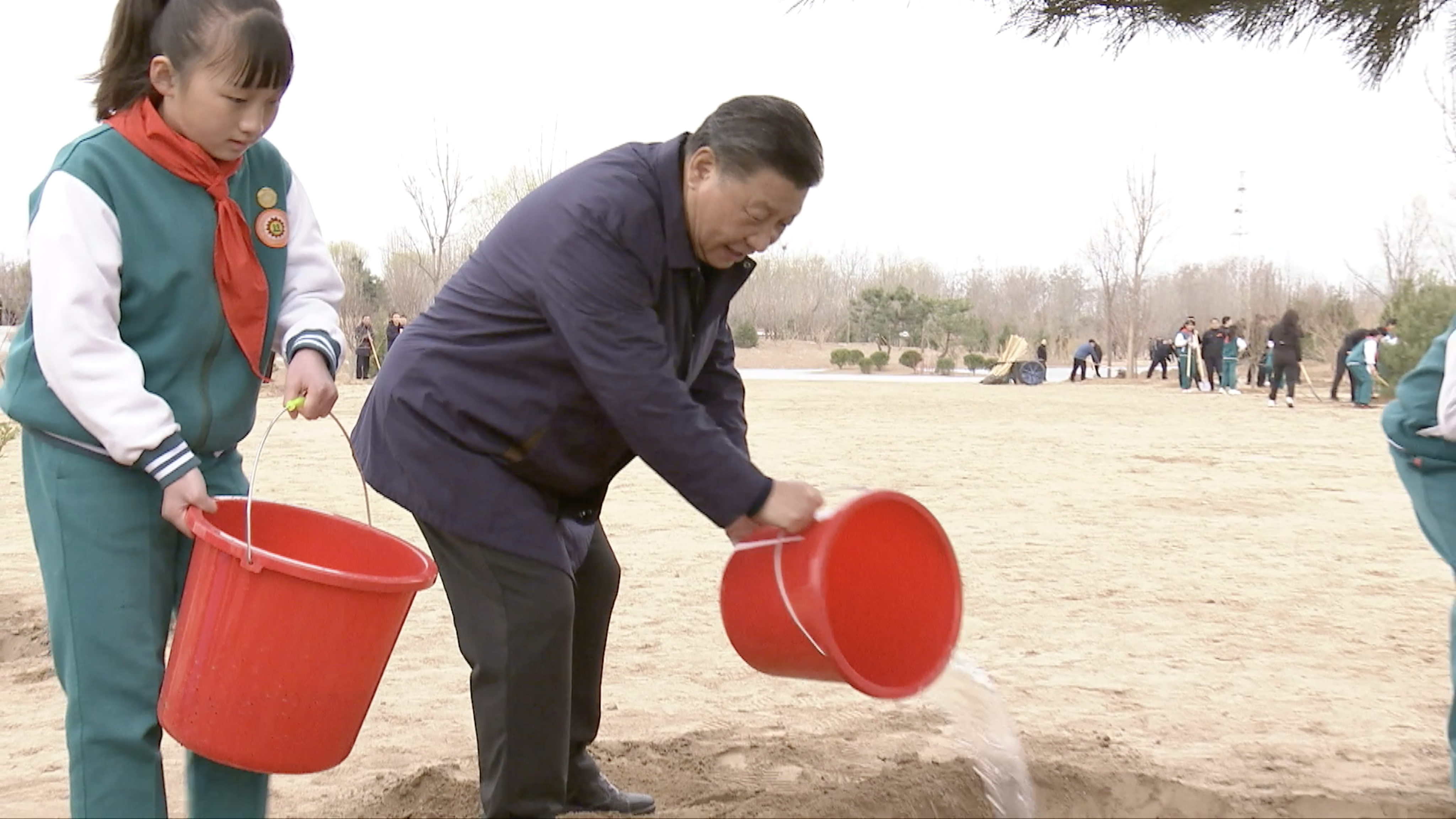 China is intensifying efforts to plant trees nationwide as it strives to honor its pledges to peak carbon emissions by 2030 and achieve carbon neutrality by 2060.

Chinese President Xi Jinping and other senior officials have taken the lead in afforestation. When attending a tree-planting activity in Beijing on Wednesday, Xi said forests have the capacity to conserve water, bring in economic benefits, boost grain production, and also serve well as a carbon sink.

Xi, also general secretary of the Communist Party of China (CPC) Central Committee, has participated in tree-planting activities for 10 consecutive years since the 18th CPC National Congress in 2012.

China designated March 12 as the National Tree-Planting Day in 1979. The National People's Congress, China's top legislature, launched a nationwide voluntary tree-planting campaign in 1981, stipulating that every able-bodied citizen above 11 should plant three to five trees each year.

"I want to do my bit for the Beautiful China initiative, and also to sow the seeds of ecological conservation in the entire society, among Chinese youth in particular," Xi said during this year's activity at an urban recreation park in Huangcun Town in Beijing's Daxing District. 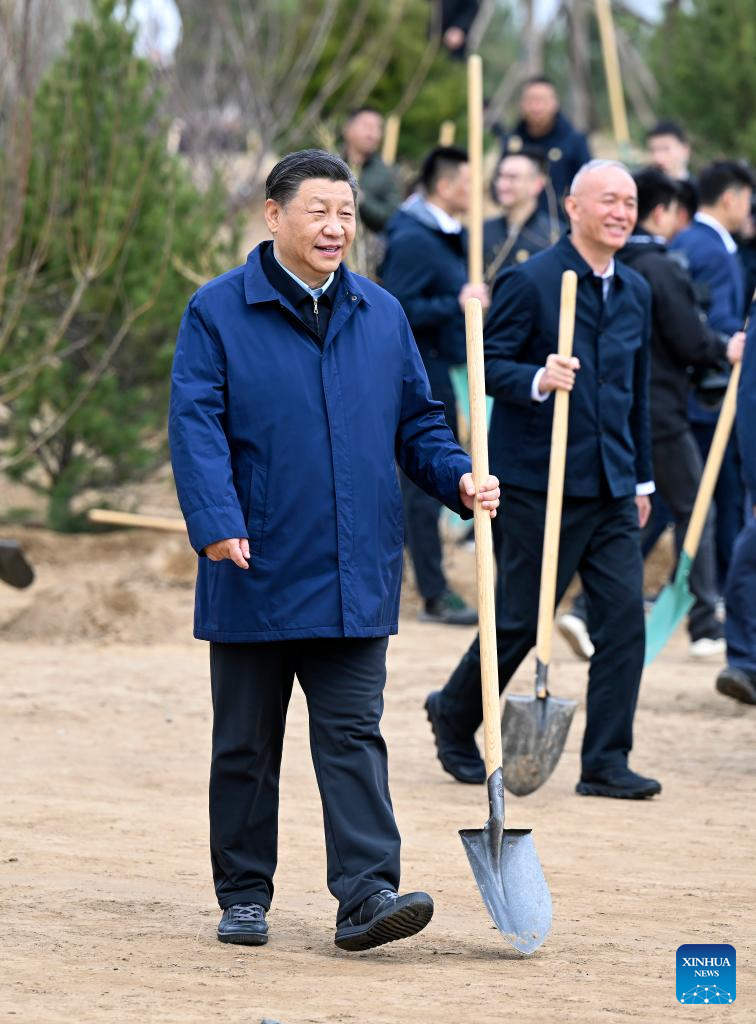 Chinese President Xi Jinping with a shovel as he attends a tree-planting activity in Daxing District of Beijing, China, March 30, 2022. /Xinhua

Chinese President Xi Jinping with a shovel as he attends a tree-planting activity in Daxing District of Beijing, China, March 30, 2022. /Xinhua

"With perseverance and accumulated efforts, we will be able to make our country's sky bluer, mountains lusher, waters clearer and the environment more beautiful," he said.

Describing forests as a "carbon sink," Xi said forests and grasslands are of fundamental and strategic significance for the country's ecological security.

He called for prioritizing ecological conservation and pursuing green development with a "holistic approach."

"We will protect and manage our ecosystems involving mountains, rivers, forests, farmland, lakes, grasslands and deserts with a holistic approach, carry out greening programs systematically, and increase both quantity and quality of forest and grassland resources," he said.

"Lucid waters and lush mountains are invaluable assets," a notion raised by Xi, has become a guiding principle in China's ecological conservation endeavors.

In recent years, China made pledges to peak emissions of carbon dioxide before 2030 and achieve carbon neutrality before 2060. It also vows to advance the green transformation of the social and economic development, according to the 14th Five-Year Plan (2021-2025) and long-range objectives through 2035, the country's latest development blueprint. 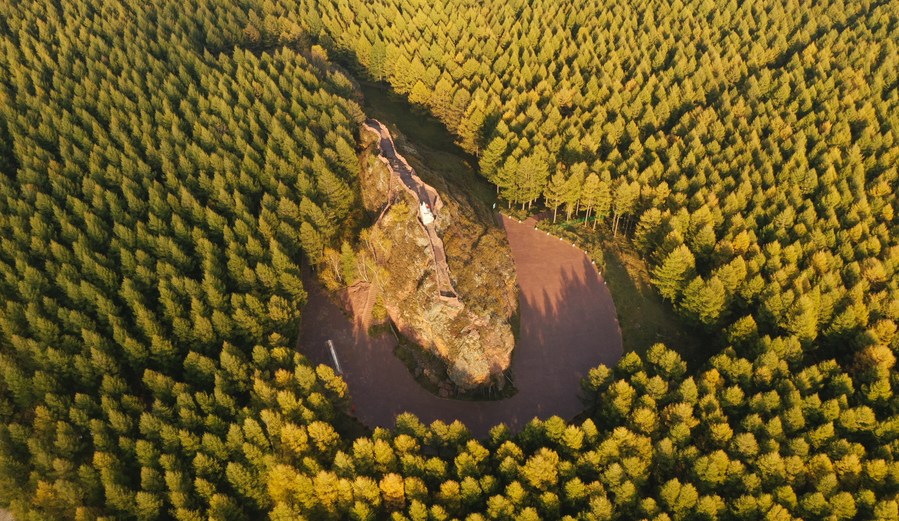 Afforestation plays a crucial role in turning these ideas into reality, as carbon sinks, like forests and grasslands, absorb and store carbon dioxide from the atmosphere.

China's forest coverage and forest reserves have both maintained growth for the last 30 years, and the country has realized the largest growth in forest resources among all countries, according to China's white paper on biodiversity conservation released last October.

At the end of 2020, China's forest area stood at 220 million hectares, with a forest coverage rate of 23 percent, and a forest carbon storage of 9.19 billion tonnes, according to the white paper.

To support the increase of carbon sink capacity in the forestry sector, China Development Bank recently issued loans worth about 114.1 billion yuan (around $17.95 billion) to promote key ecological areas such as the national reserve forest construction and forest quality improvements.

The bank, one of the country's primary policy banks, has supported the cultivation and maintenance of forests covering nearly four million hectares, which are expected to absorb 72 million tonnes of carbon per year after 2030.