Seagrasses are widespread in shallow waters in all continents except Antarctica. They can form dense seagrass beds like undersea meadows, some of them can even be seen from space. They evolved around 100 million years ago, and there are about 74 different seagrass species in the world, with 22 of them recorded in China. In China, seagrasses are mainly distributed in the South China Sea, the Yellow Sea and Bohai Sea and the East China Sea. 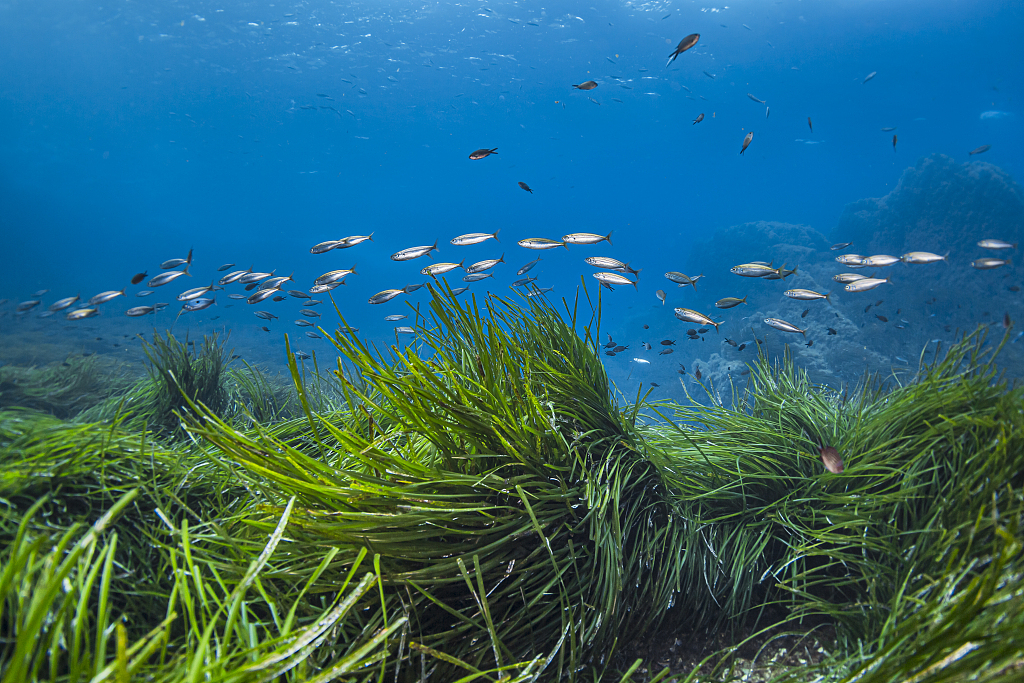 As "lungs of the sea," seagrasses not only generate oxygen every day through photosynthesis, but also capture and store a large amount of carbon. Although seagrass beds just occupy 0.1 percent of the world's ocean floor, they are said to store 11 percent of the organic carbon buried in the sea. For marine wildlife like invertebrates, fish, and turtles, seagrass beds are also perfect breeding and foraging sites.

As one of the typical marine ecosystems, seagrass beds gain less attention than coral reefs and mangroves, but they are equally in need of urgent protection. Since the 1980s, about 29 percent of the known seagrass beds in the world have disappeared due to human activities, according to a study in 2009, and seagrasses continue to be lost at an alarming rate. Some seagrass species are listed as endangered by the IUCN Red List. 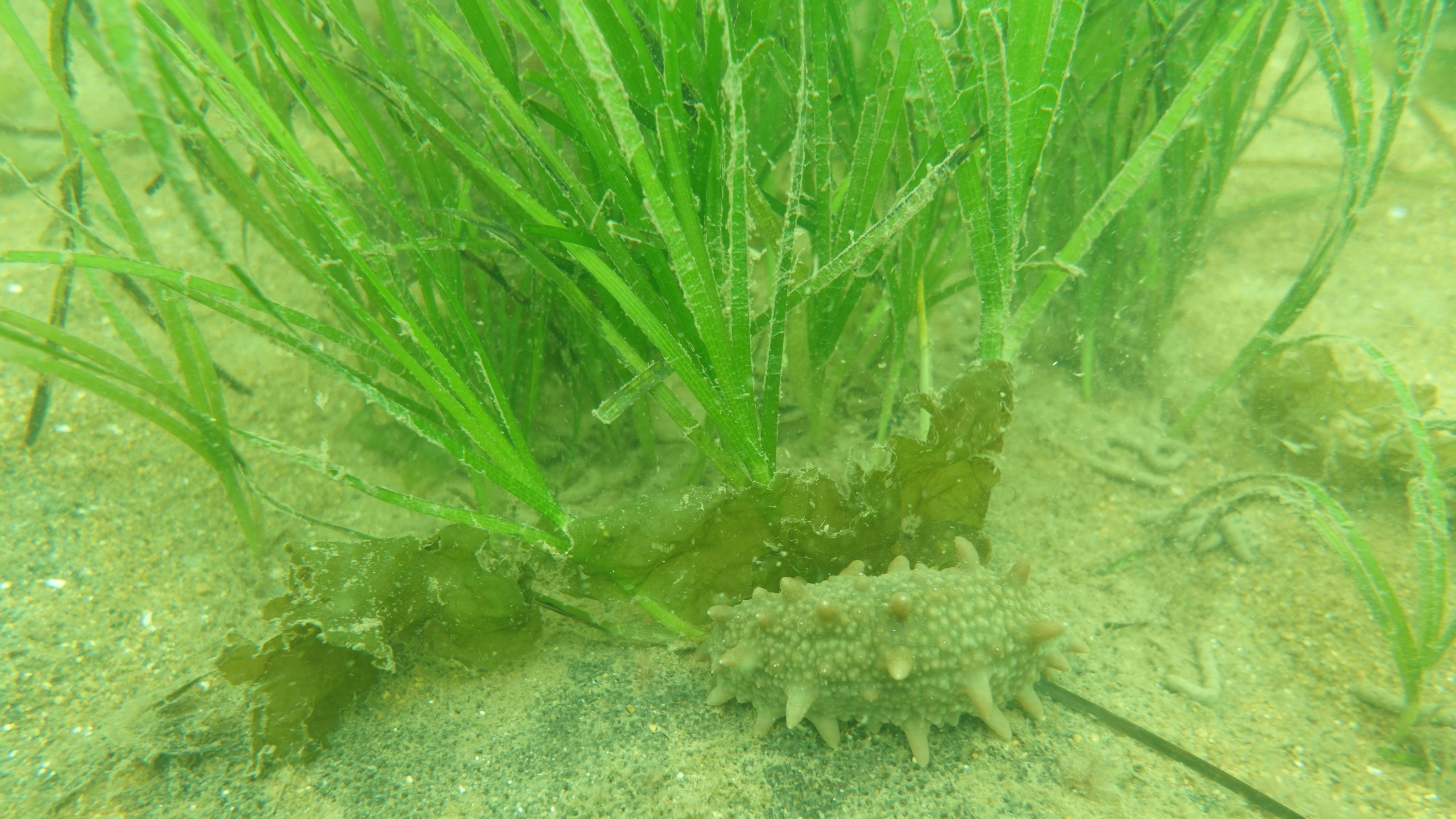 Scientists around the world have worked on restoring these undersea meadows in recent decades, Zhang Peidong is one of them. As a professor of Ocean University of China, Zhang has been dedicated to seagrass restoration for over ten years, and his team has restored over an area of 20,000 mu (about 1,334 hectares) seagrass beds in Shandong and Hebei provinces. 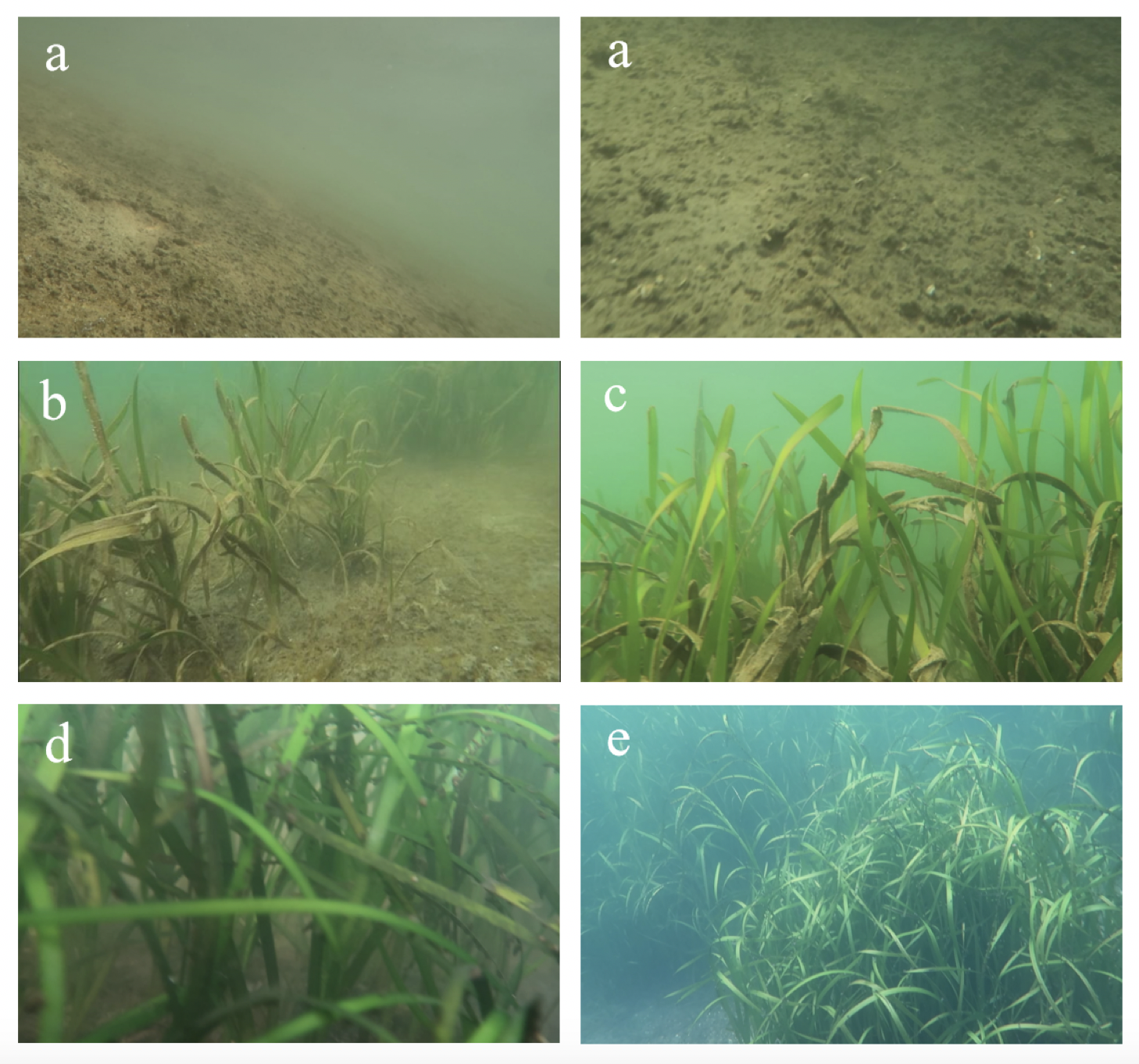 From 2017 to 2021, Professor Zhang and his team worked on restoring seagrass in the Xiaoyao lake in Weihai City in east China's Shandong Province. The Xiaoyao lake is connected with the Yellow Sea. Based on the 5,469 square meters of seagrass beds they artificially planted between 2017 and 2020, the total area of seagrass bed there eventually reached 31,828 square meters in 2021 thanks to seagrasses' natural propagation. 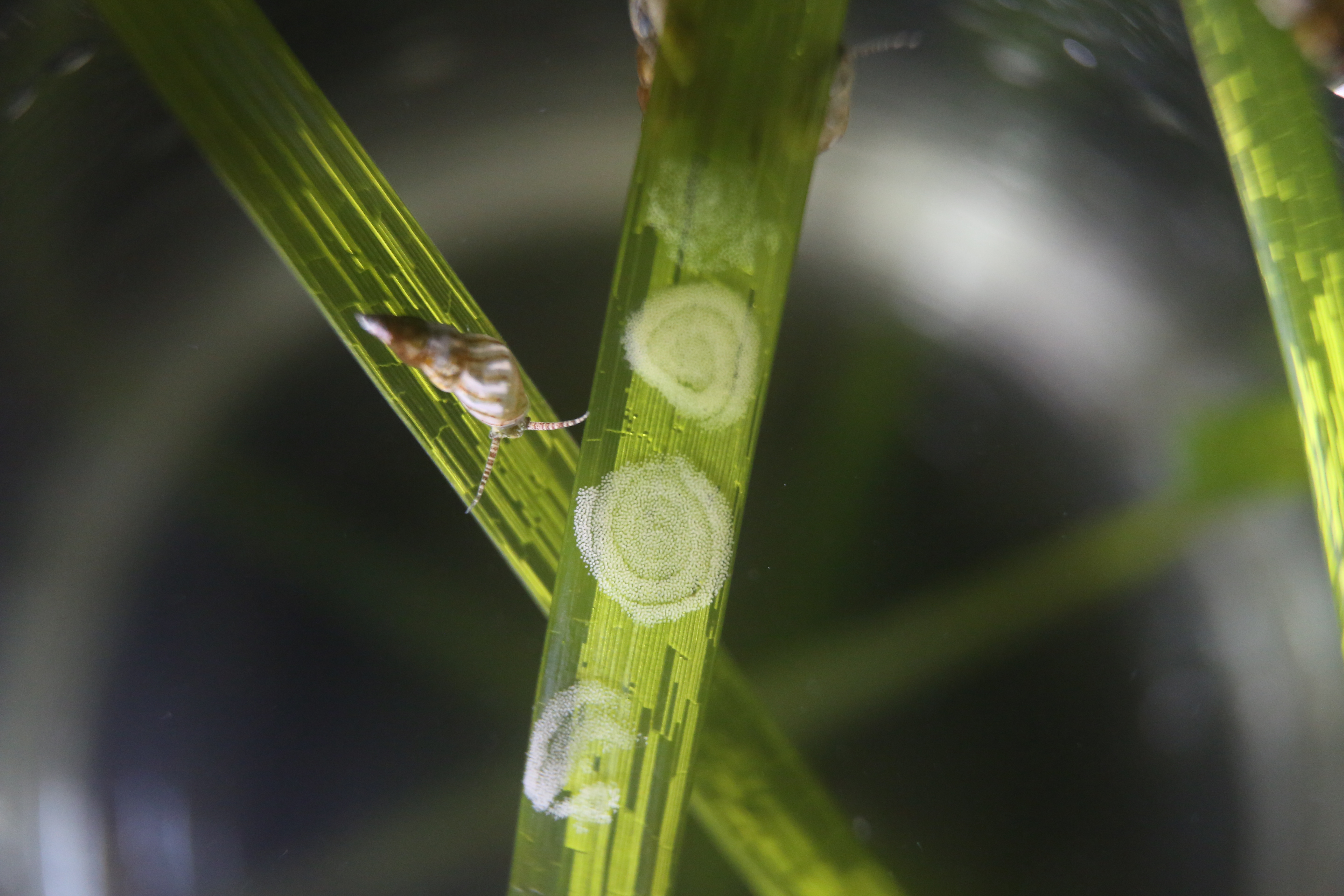 Shellfish lay eggs on the blades of seagrass. /Courtesy of Zhang Peidong

Shellfish lay eggs on the blades of seagrass. /Courtesy of Zhang Peidong

Last year, Zhang took part in a seagrass restoration project in Dongying City in Shandong Province. When he conducted the survey this June, he surprisingly found the biodiversity in restored seagrass beds had significantly improved in just one year. Many shellfish now live on seagrass beds because most of them need to lay eggs on the blades of seagrass. 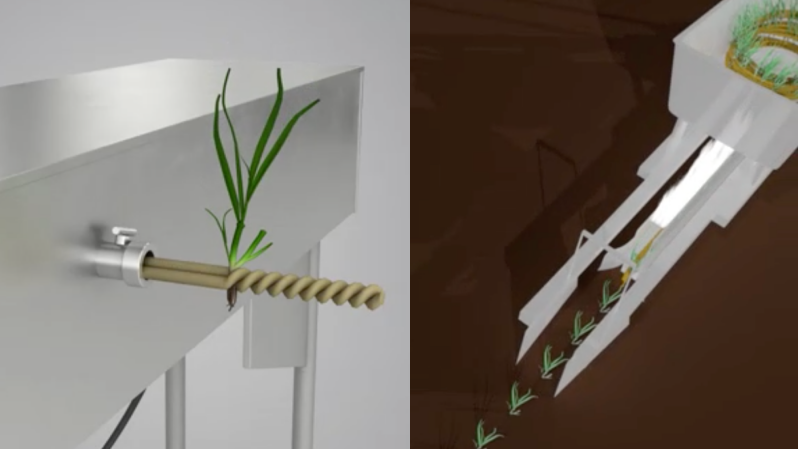 "We also invented special machines to sow and transplant seedlings, which greatly improve the efficiency. However, in complex marine environment, manual work is necessary. People who work on seagrass restoration in the U.S. also came to us and sought technical guidance." said Zhang.

Although it's a long and bumpy road to restore seagrasses and revitalize the ocean, every journey of a thousand miles begins with a single step just like Professor Zhang practices.