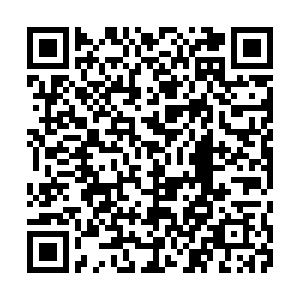 Hong Kong is poised to celebrate the 25th anniversary of its return to the motherland on July 1.

CGTN explores Hong Kong's demographic evolution to see how its population has changed over those 25 years, with data from the Hong Kong Census and Statistics Department.

According to the 2021 census, the total population of Hong Kong is approximately 7.4 million, an increase of 1 million from 25 years ago.

Hong Kong has one of the highest population densities in the world, with an average of 6,656 people per square kilometer in 2021.

Ethnic Chinese comprise the vast majority of Hong Kong's population, while about 8 percent are non-ethnic Chinese. The region's ethnic minorities form a vibrant community. Filipinos and Indonesians are the two largest ethnic minority groups, respectively constituting 2.7 percent and 2 percent of the population. Most of them are foreign domestic helpers.

Hong Kong's rich blend of cultures is a major part of its unique character. While Chinese and English are Hong Kong's official languages, the predominant language is Cantonese, spoken daily by 88.2 percent of the population.

Before Hong Kong's return in 1997, only 1 percent of the population aged 5 and over spoke Mandarin as their first language, but 25 years later, that figure has doubled. The proportion of Mandarin speakers has increased from one quarter in 1996 to more than half in 2021.

Trilingual professionals who speak English, Cantonese and Mandarin play a vital role in the numerous enterprises that trade in Hong Kong or do business with the Chinese mainland or Taiwan region.

The aging population is the result of low fertility rate and longer life expectancy.

Hong Kong's fertility rate is among the lowest in the world. It has dropped even further due to the COVID-19 pandemic. While the total fertility rate dropped from 1,064 per 1,000 females in 2019 to 774 last year, the crude birth rate dropped to a record low of five births per 1,000 people in 2021.