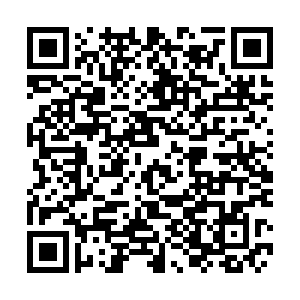 From around Asia, here are a few stories this week that you may have missed …

In China, the country's third aircraft carrier, the "Fujian" was launched in Shanghai on Friday, June 17. The new ship, designed and built domestically, is the country's first aircraft carrier featuring catapults. It is equipped with an electromagnetic catapult aircraft launch system and interception facilities. Its full load displacement is over 80,000 tonnes. It will now undergo mooring and sailing tests. The Fujian was given hull number 18.

In Indonesia, President Joko Widodo announced a cabinet reshuffle on Wednesday, sacking the trade minister and announcing a replacement following controversy over a series of policy reversals on palm oil exports.

According to the Straits Times, the president had been unhappy that the sacked minister, Muhammad Lutfi, was unable to curb rising cooking oil prices at home. Cooking oil prices were capped in February in an effort to bring prices down, but that prompted traders to hoard their stocks, leading to shortages and spawning criticism. The three-week export ban sent shockwaves through global markets and led to a series of arrests for alleged corruption before it was lifted on May 23.

In India, Violent protests broke out, and at least one person was killed and several others injured across the country after the central government announced a new scheme for the recruitment of soldiers in the three branches of the armed forces on a short-term basis. Several states (provinces) imposed prohibitive orders and many trains were canceled.

Under the scheme, youths between 17.5 and 21 years old will be enrolled as soldiers for four years. They will not be eligible for any pensionary benefits under the scheme. The Hindu reported that the principal opposition party, Congress, also opposed the scheme, saying "it is neither in favour of national security nor national interests and certainly not in favour of the country's youth."

Staying on in India, pollution is shortening lives by almost 10 years in the capital New Delhi, according to a study by a U.S. research group released last week.

The BBC reported that the Air Quality Life Index by the Energy Policy Institute at the University of Chicago (EPIC) says that almost 510 million people who live in north India, approximately 40 percent of the country, are "on track" to lose an average of 7.6 years of their lives, given the current pollution levels.

EPIC says that since 2013, about 44 percent of the global pollution have come from India, now the second most polluted country in the world.

And, in Sri Lanka, the government has decided to give its officials an extra day off to tide over a looming food shortage. The extra day would be to "grow crops in their backyards." The Guardian reported that an unprecedented economic downturn has left several staple foods in short supply, along with petrol and medicines, and high inflation is damaging household budgets. It comes as the island nation of about 22 million faces its worst economic crisis since independence from Britain.