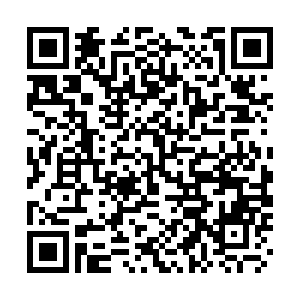 In the coming week, the BRICS Summit will take place virtually and the G7 Summit will be held in Germany.

The 14th BRICS summit will be held in Beijing from June 22 to 24 virtually under the theme of "Foster High-quality BRICS Partnership, Usher in a New Era for Global Development", the Chinese Foreign Ministry announced on June 17.

Chinese President Xi Jinping will attend the opening ceremony of the virtual BRICS Business Forum and deliver a keynote speech on June 22, Hua Chunying, a spokesperson for the Chinese Foreign Ministry, announced in a statement.

The Chinese President will also host the 14th BRICS Summit on June 23 and host the High-level Dialogue on Global Development on June 24, according to Hua.

BRICS leaders and leaders of relevant emerging markets and developing countries will attend the virtual dialogue, which will have the theme of "Foster a Global Development Partnership for the New Era to Jointly Implement the 2030 Agenda for Sustainable Development," according to the spokesperson.

The 48th G7 summit is scheduled to be held from June 26 to 28 at Schloss Elmau in Germany, where leaders will discuss the crisis in Ukraine and the food and energy crisis it has precipitated.

German Chancellor Olaf Scholz said on June 16 during his visit to Kyiv that Ukrainian President Volodymyr Zelenskyy would take part in this month's Group of Seven summit. In a tweet, Scholz thanked Zelenskyy for "accepting my invitation to participate in the G7 summit."

U.S. President Joe Biden will travel to Germany for the summit and continue on to Spain for a NATO summit in late June, according to White House spokesperson Karine Jean-Pierre.

Monday: EU Foreign Affairs ministers' meeting about the Horn of Africa, Egypt and the Ukraine crisis.

Friday: Xi hosts the High-level Dialogue on Global Development in Beijing; 74th anniversary of beginning of the Berlin Blockade.