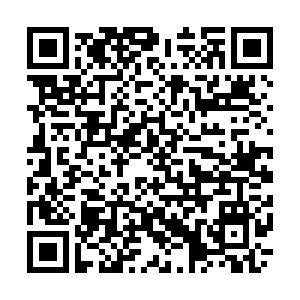 July 1, 2022 marks the 25th anniversary of Hong Kong's return to China. Using data from the Census and Statistics Department, CGTN looks at some major indicators to see how Hong Kong's economy and society have changed since the handover.

Although the economy braved four spells of markedly negative growth over the years, the annual growth rate has still averaged 3.54 percent since July 1997, comparable to many advanced economies.

As a major global financial hub, Hong Kong was heavily hit by the Asian financial crisis in 1998 and the subprime mortgage crisis that started in the U.S. in 2008. Besides, the sudden outbreak of the SARS virus in 2003 and the coronavirus in 2020 also seriously impacted the local economy.

"Hong Kong has a highly open and export-oriented economy that is susceptible to external impacts. Any disturbance from the outside world is likely to cause big waves locally," Guo Wanda, executive vice president of China Development Institute, told the Economic Daily.

Upon closer inspection of the factors contributing to economic development, it's easy to find that Hong Kong's economy heavily depends on international trade.

Data shows that the Chinese mainland has been Hong Kong's largest trading partner since 1985. Its share in Hong Kong's total global trade increased significantly from 9.3 percent in 1978 to 51.8 percent in 2020.

Additionally, under the Mainland and Hong Kong Closer Economic Partnership Arrangement (CEPA) signed in June 2003, all Hong Kong-origin goods meeting the CEPA rules have been given tariff-free treatment, which furthers potential trade.

Hong Kong also enjoys a strong trade relationship with Taiwan region as it is an important depot for the latter's merchandise trade with the Chinese mainland.

Re-export trade between the two economies through Hong Kong amounted to HK$470.7 billion (about $61.1 billion) in 2020, according to Hong Kong's Trade and Industry Department.

Hong Kong experienced deflation in the first few years after returning to China. In the same period, the unemployment rate also shot up, from 2.2 percent in 1997 to 7.9 percent in 2003.

Analysts said the bursting of the property bubble and the aftershock of the Asian financial crisis were the major causes.

Unemployment and crime rates started rising again only after street protests and riots disrupted Hong Kong's normalcy in 2019, plunging the local economy into the worst crisis since 1997.

Almost two years after the enactment, Hong Kong is now back on track. The overall crime rate recorded a 10-percent drop in Q1 2021 compared to the same period the previous year.